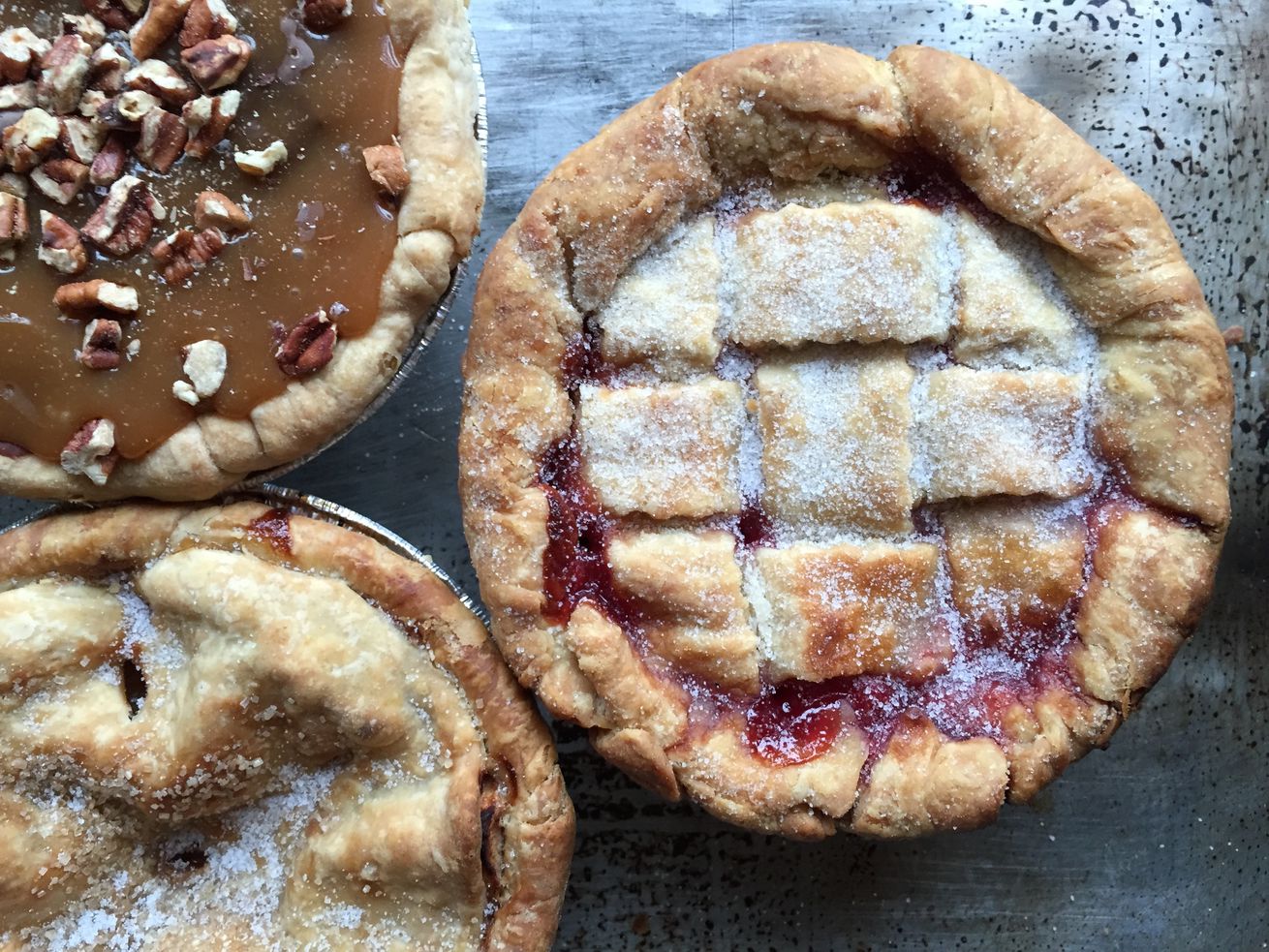 This spring, Edgewater will welcome a two-level bakery, restaurant, and bar that teams a popular Milwaukee pie maker with a duo that ran dinner service inside one of the city’s best beer bars. Kyle Schrage and Jim Torres served Long Room customers griddled burgers and poutine until 2017, and they’ve been looking for a space to open a restaurant. They’re teaming up with pie maker Valeri Lucks to open Beard & Belly and Honeypie Bakery in May at 6157 N. Broadway Street.

Lucks was a Chicago fixture who opened Northdown Cafe and Taproom in Lakeview. She later moved to open Honeypie Cafe and two other restaurants in Milwaukee. When she was in Chicago, she helped grow Northdown into a spot for late-night pie and craft beer. Schrage, Torres, and bartender/partner Andrew Barbera are bringing those pies back to Edgewater.

Unlike the Long Room, where space was a premium inside its narrow quarters, Torres and Schrage have 5,000 square feet to play with inside the former Pumping Station. They knocked down the wall between the old 4 a.m. bar and neighboring Holzkopf’s Meat Market. The old butcher is where the bakery and kitchen will be located. They’ve kept the butcher’s old coolers and refurbished them to display the pies.

Honeypie specializes in fruit and cream pies — Schrage highlighted the pistachio cream. Lucks has 40 to 50 recipes that she rotates. On the bar side, Barbera said they’ll have pie pairings with whiskies and beers. There’s also a basement that could be turned into an event space or game room. They’ve gutted the spaces which were left damaged by a 2016 fire. Eventually, they hope to add sidewalk tables.

Barbera is a bartender who has worked in the food and beverage industry since a teenager. He managed the Fat Cat in Uptown and went to Glenbard South High School with Schrage. They’ll serve simple and classic cocktails. Barbera is known for his Bloody Mary and Old Fashioned. The bar will have 14 to 16 draft lines. They’ll serve a combo of domestic and foreign beers. Schrage lamented on how the focus on hyperlocal breweries has made it difficult in Chicago to find a German pilsner. He’s still a fan of local breweries, and they might work with Spiteful Brewing on an exclusive brew.

This will be a family friendly operation without a late-night bar license; Torres and Schrage both have 9-month-old sons who were born within three days of each other. There’s also a patio with room for 50. Indoors, there’s room for about 60 including 10 to 12 seats at the bar. TVs will only switch on if there’s sports of consequence.

Schrage’s love for German beers may have been what took him to Laschet’s Inn, the German restaurant in North Center. In describing what he and his conspirators had planned in Edgewater, an inn employee told him that it reminded him of a place on Lincoln called Northdown where they’d eat pies late night. With Lucks part of the crew, Schrage smiled.

“I told him I’m getting all of those pies,” he said.