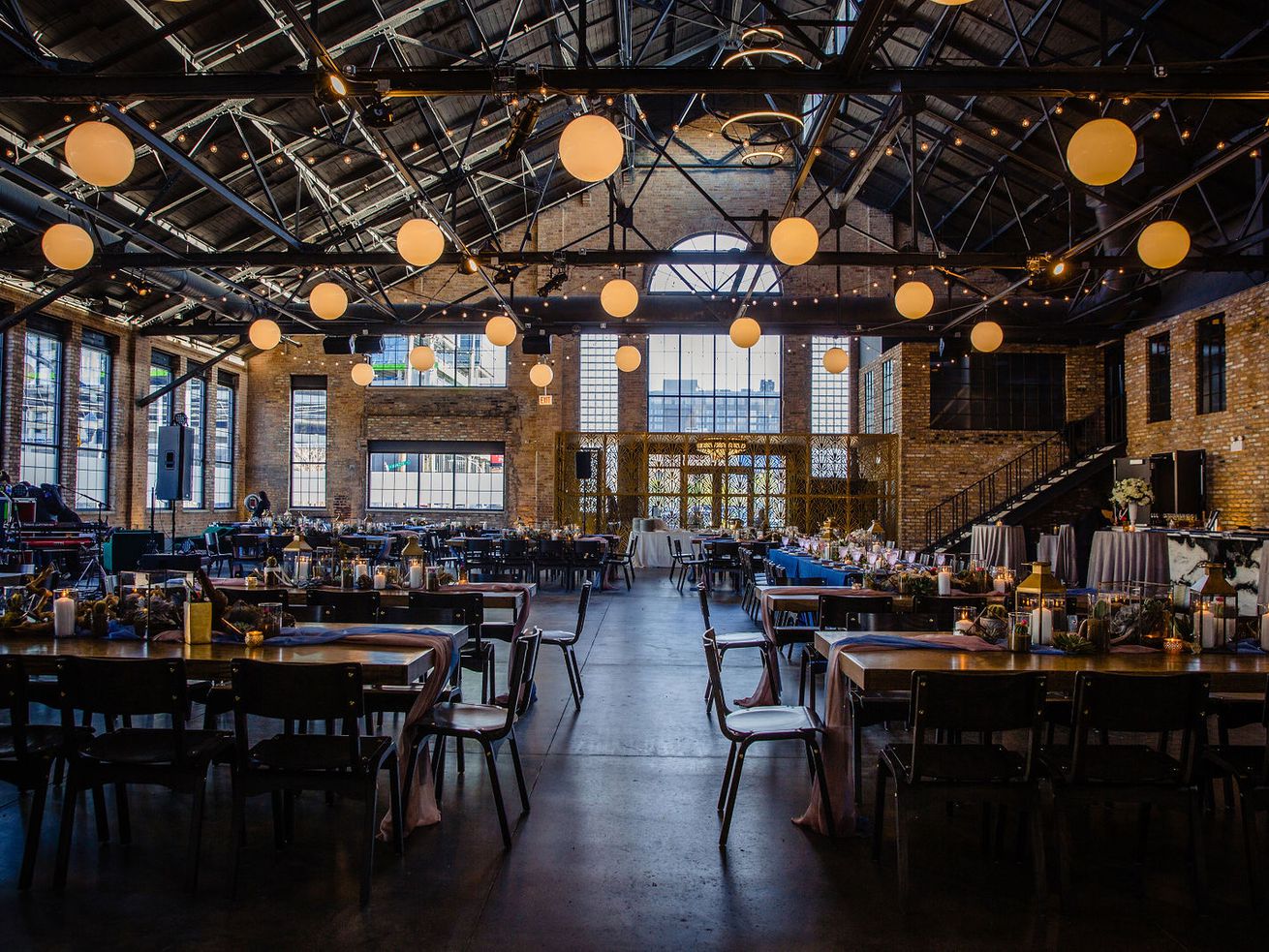 Enormous restaurant and event space City Hall opens tomorrow with simple American dishes and an abundance of drinks named with civic puns. Owners hope the 18,000-square-foot space will cultivate a comfortable neighborhood feel with occasional DJ appearances and live music at 838 W. Kinzie Street, according to a news release.

Diners can find the middle ground between a group-sized drink and a shot with City Hall’s cocktail list. The menu is divided into two columns, offering classic drinks like the Pimm’s Cup and the Sazerac, and original drinks with more punny names. The “Flip Flopper” is made with Absolut vodka, peach liqueur, lemon, honey, and optional egg white, and “Royko’s Revenge” includes Creyente mezcal, jalapeño, cilantro, pineapple, lime, and demerara syrup.

Culinary director Michael Taus (Charlie Trotter’s, Zealous, Taus Authentic) designed a menu of comfort foods that draws on memories of his mother and grandmother’s classic dishes, according to a news release. These include a grilled cheese with poblano jam, applewood-smoked bacon, havarti, and white cheddar, and chili-garlic chicken wings served with yogurt mint sauce, buffalo-style, or with blue cheese dressing. The full food and drink menus are available below.

Owners divided the huge space with 40-foot ceilings into a few discrete sections that include a 5,000 square-foot bar and restaurant with leather chairs and custom chandeliers. It connects to an 8,000 square-foot patio. A second floor lets customers gaze down into the 10,000 square-foot event space, which features a 40-foot marble bar and art deco touches.

Five years ago, the space was originally slated to house Blind Pig, a Fulton Market distillery from the co-founder of Angel’s Envy bourbon and his equity firm, but the project died and ultimately became City Hall.