Fulton Market’s Getting a New Food Hall With Five Restaurants 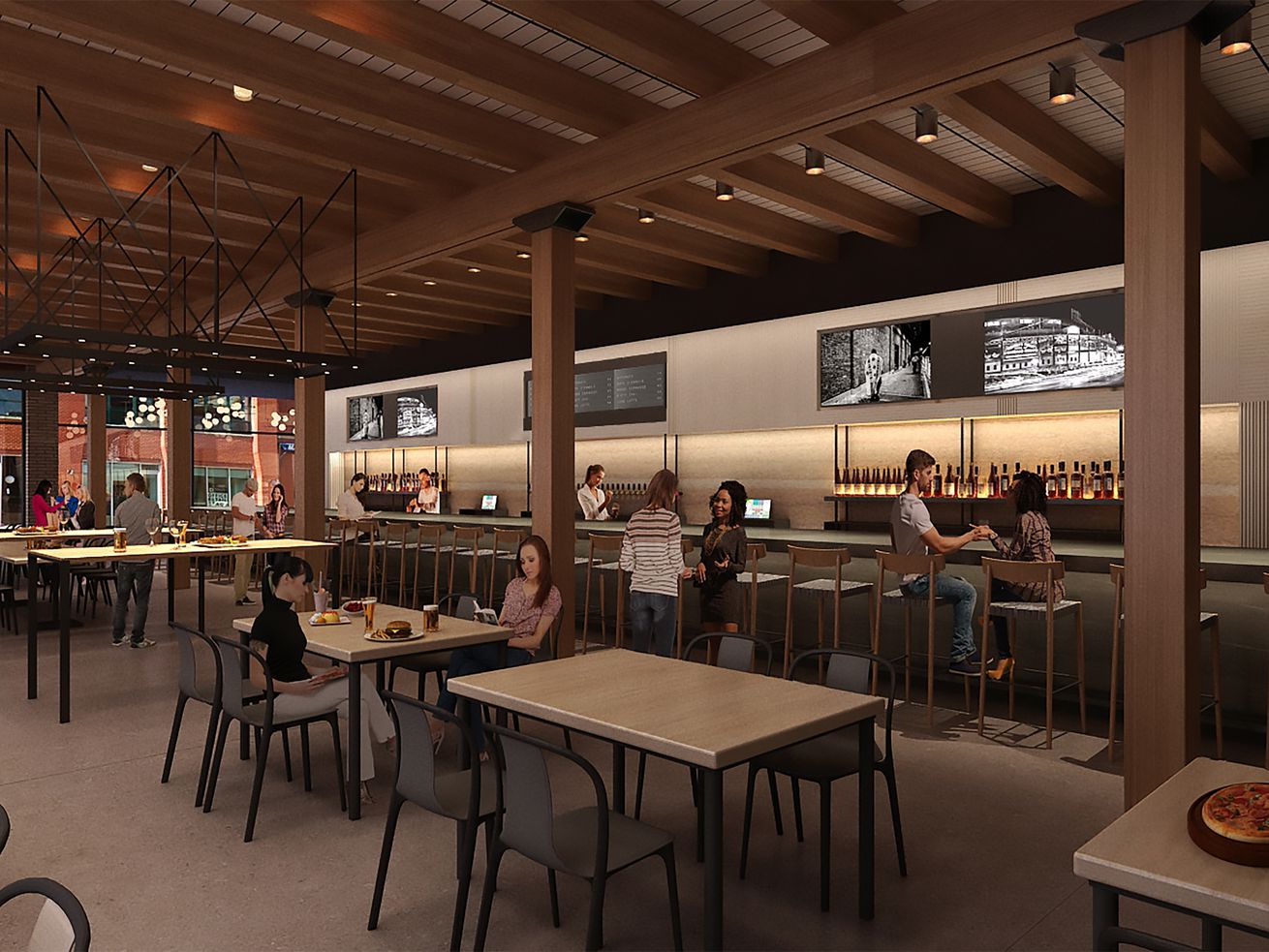 Galley Group has halls in Cleveland and Pittsburgh

Another food hall is headed to Chicago, this time courtesy of a Pittsburgh company who’s already opened halls in Pittsburgh and Cleveland; Detroit’s opening this month. Galley Group is heading to Fulton Market inside a former poultry-processing plant at 1115 W. Fulton Market. The company hopes to open in April with five yet-to-be selected restaurants.

The 12,912-square-foot space will feature communal seating, a 30-seat bar with 20 beer taps, and a coffee/wine bar. Customers walk up to one of five vendors to order their foods and they’ll be handed a number. They’ll walk to their tables and a runner will bring their food out to them. Galley uses real plates and silverware which makes it feel more like a full-service restaurant rather than a mall food court experience, said Galley co-founder Benjamin Mantica.

“We started the company because we wanted chefs to have the ability to have their own restaurants without putting their financial livelihoods on the line,” Mantica said.

Mantica and co-founder Tyler Benson are ex-Naval officers, hence the Galley name. When stationed in the Middle East and Asia, they became enamored with international food markets and wanted to bring that experience to the U.S.

There’s an application process (see link) and the applicant pool will be reduced to 10 before a final five are awarded hall spaces. The start-up cost for Chicago vendors will hover between $10,000 and $15,000. This money doesn’t go directly to Galley, it’s meant for labor, food, and equipment costs. That’s the same model Galley’s used in other markets. The average start-up cost in Detroit for Galley’s vendors was $7,500. Some paid more, some paid less.

The ideal vendor is a someone with executive chef experience or has worked in a high-volume restaurant, Benson said. It’s also helpful to have a defined concept. If customers have trouble understanding what’s being served while reading a menu board, then it’s best to tighten up the offerings. Galleys in other cities have seen a mix of independent operators and established chefs looking to test out a new idea. That’s what happened at Revival Food Hall with Honey Butter Fried Chicken’s Cubanos and Duck Fat Inn’s hot dogs.

Chef-vendors don’t sign leases; Galley calls them “licensing agreements.” Vendors are given a year before those agreements go under review and could be extended. Benson said no vendor has ever left before a year. Galley makes its money from taking 30 percent of sales from each vendor. Some of that amount goes toward food hall expenses such as utilities. They also earn money from drink sales at the bars. Galley’s also looking for bar managers and they want to bring in a local coffee roaster.

Locality is a selling point for Galley’s founders. They’ve focused on expanding in Rust Belt cities because of the support residents provide to local vendors. It’s also cost effective. Opening a food hall in Cleveland doesn’t cost as much as opening in San Francisco. While Chicago is an outlier when it comes to some of the costs, its residents rally around local businesses in the same way as Detroiters, said Benson.

Meanwhile, a new food hall is just another sign of the times in Chicago. In many ways, food halls are the new food trucks in Chicago. The city has decimated the food truck industry with restrictive laws. One prominent food truck owner on Wednesday pointed out how his profits have decreased over the last three years as the “city as turned its back on the industry.” He noted out how few food truck owners have graduated to opening full-service restaurants. The city collects more taxes from brick and mortars and food halls,

Mantica said Galley’s not trying to subvert food trucks. His food hall will give chefs a place to test out recipes and provide them seats for customers. He sees food halls as the next progression as an incubator. Chefs won’t have to worry about kitchen space, paying electric bills, or clean up.

Galley would be Fulton Market’s second food hall, as Time Out is planning to open its own food hall just a five-minute walk down the street.