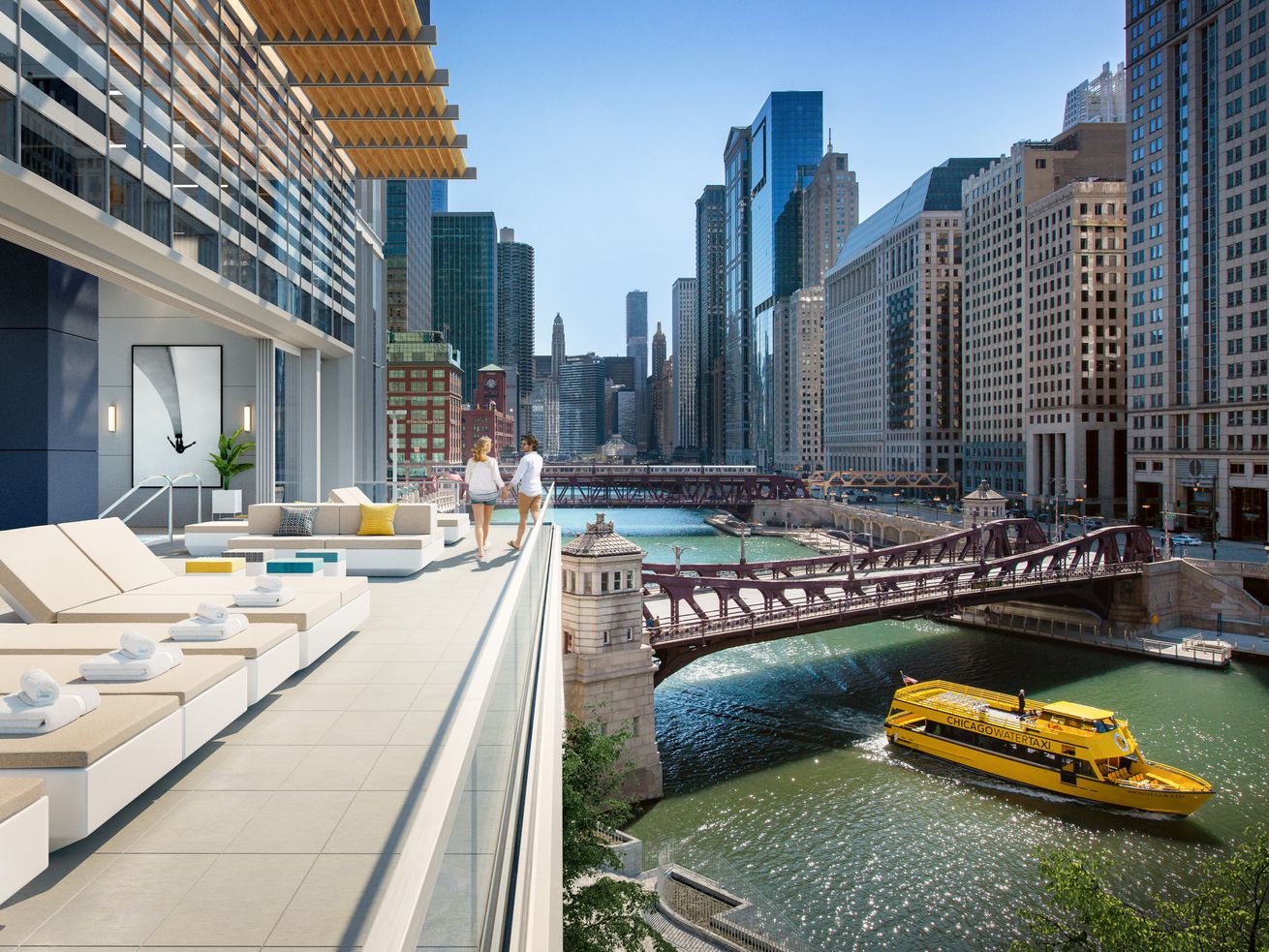 The downtown tower will offer a striking pool, gathering spaces, and stunning views

As the apartment tower known as Wolf Point East continues its skyward climb along the banks of the Chicago River, the team behind the 60-story project has revealed new renderings of the building’s luxurious amenities.

Residents in the development’s 698 rental units will have access to multiple indoor and outdoor communal spaces located near the tower’s base and on a dedicated amenity level roughly two-thirds up the building.

Highlights include an indoor-outdoor pool, a fitness club, dog run, game room, golf simulator, and coworking and entertaining spaces. The biggest star, however, is arguably the view—which extends down the main and south branches of the Chicago River.

“For the interior and amenity design, we wanted to create an urban serenity paired with elegant comfort and modern style in a way that celebrates the building’s unique riverfront location and its historic importance to the city of Chicago,” said Shea Soucie, principal of design firm Soucie Horner, Ltd., in a statement.

Rents at Wolf Point East will start at $1,995 per month for a studio. Junior one-bedrooms begin at $2,395, one-bedrooms at $2,895, and two-bedrooms at $3,995. Pricing for three-bedroom apartments and penthouse units will be revealed at a later time, according to the development team led by the Kennedy Family, Hines, and the AFL-CIO Building Investment Trust.

The Pelli Clarke Pelli-designed building broke ground in 2017. Pre-leasing will kick-off later this summer, exclusively through Luxury Living Chicago Realty, and first move-ins are anticipated to take place in this winter. More info is available on Wolf Point East’s recently updated website, and construction fans can follow the action on Hines’ webcam.

The 660-foot-tall tower is the second of three high-rises planned for the prominent Wolf Point site, joining the 485-foot Wolf Point West apartments which opened in 2016. The final piece of the puzzle, a Salesforce-anchored office tower, is expected to break ground next year and top out at 813 feet when it opens in 2023.

When complete, the three-building megadevelopment will also include a four-acre publicly-accessible waterfront park and riverwalk, concealing a below-ground parking garage.