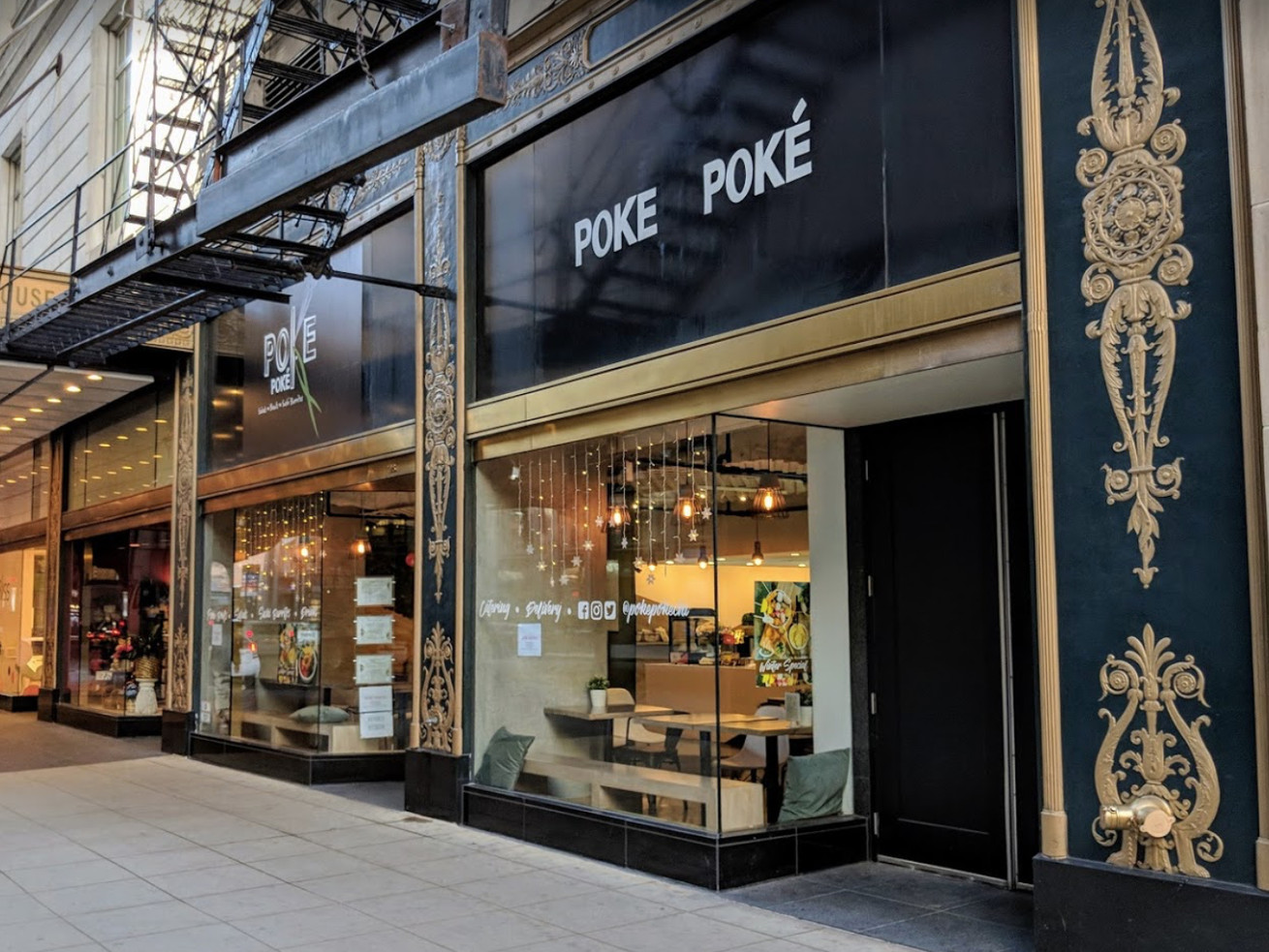 Poke Poke issued a statement apologizing to the customer

A Chicago poke shop has fired a white employee who threw a chair at a black customer in an incident that sparked social media outrage after a video was posted to Facebook. Poke Poke issued a statement on Thursday apologizing to the customer, John Kyle Johnson. The statement says the company will also conduct sensitivity training for employees at its three Chicago locations. The manager, Matthew Fezzey, tried to justify his actions by telling Johnson on video that a group of black customers had come in days earlier and fought with him at the Loop store at 118 S. Wabash Street.

Poke Poke fired Fezzey after an internal investigation. “We believe in treating everyone with respect and compassion, and his actions were against our principles and values,” its statement read.

Johnson, referred to as “Kyle” on the video, is friends with activist Ja’Mal Green, a former mayoral candidate. Green set up a news conference on Wednesday in front of the restaurant to explain what happened. He called for a boycott of Poke Poke until Fezzey was fired and the company instituted sensitivity training. It appears Poke Poke has satisfied those requirements.

Johnson, 19, said he had two friends with him and that was his first time at the restaurant. He said Fezzey — without provocation — screamed profanities at him, threw a chair at him, and threatened to call police. Fezzey on video apologized to Johnson. This was the first time Johnson said he’s dealt with racial profiling, but he feels it happens often to other people. The situation left him depressed.

“I believe that stuff like this happens to people like me every day,” Johnson said at the news conference.

Incident at Poke Poke after racist encounter with John Johnson

Johnson’s attorney said a lawsuit was a possibility and that the restaurant could be shut down if they followed through with legal actions. The lawyer also said they hoped to inspire other restaurants to offer sensitivity training to their workers and keeping Poke Poke accountable.

“It’s not his intention to close this business down, I think if we drag them through a long legal proceeding that’s definitely a possible outcome because if you look behind me, they’re not a large business, and I don’t know if anybody actually believes the owners actually stand behind this kind of conduct,” said attorney Anish Parikh at the news conference.

Poke Poke is purportedly family owned with more of a Japanese take on Hawaiian sushi bowls. They have two locations in the Loop and one in Boystown. Read the restaurant’s full statement and apology below.

“First, we again extend our sincere apology to Mr. Johnson for the experience he endured last week. No one should be treated the way he was.

After completing an internal investigation, we have decided to terminate employment of the suspended manager involved in the recent incident. We believe in treating everyone with respect and compassion, and his actions were against our principles and values.

We will also be providing our staff with management and sensitivity training on customer interaction and conflict de-escalation, so an event like this does not happen again. Poke Poke is a small family-owned business, and we welcome everyone to our store.