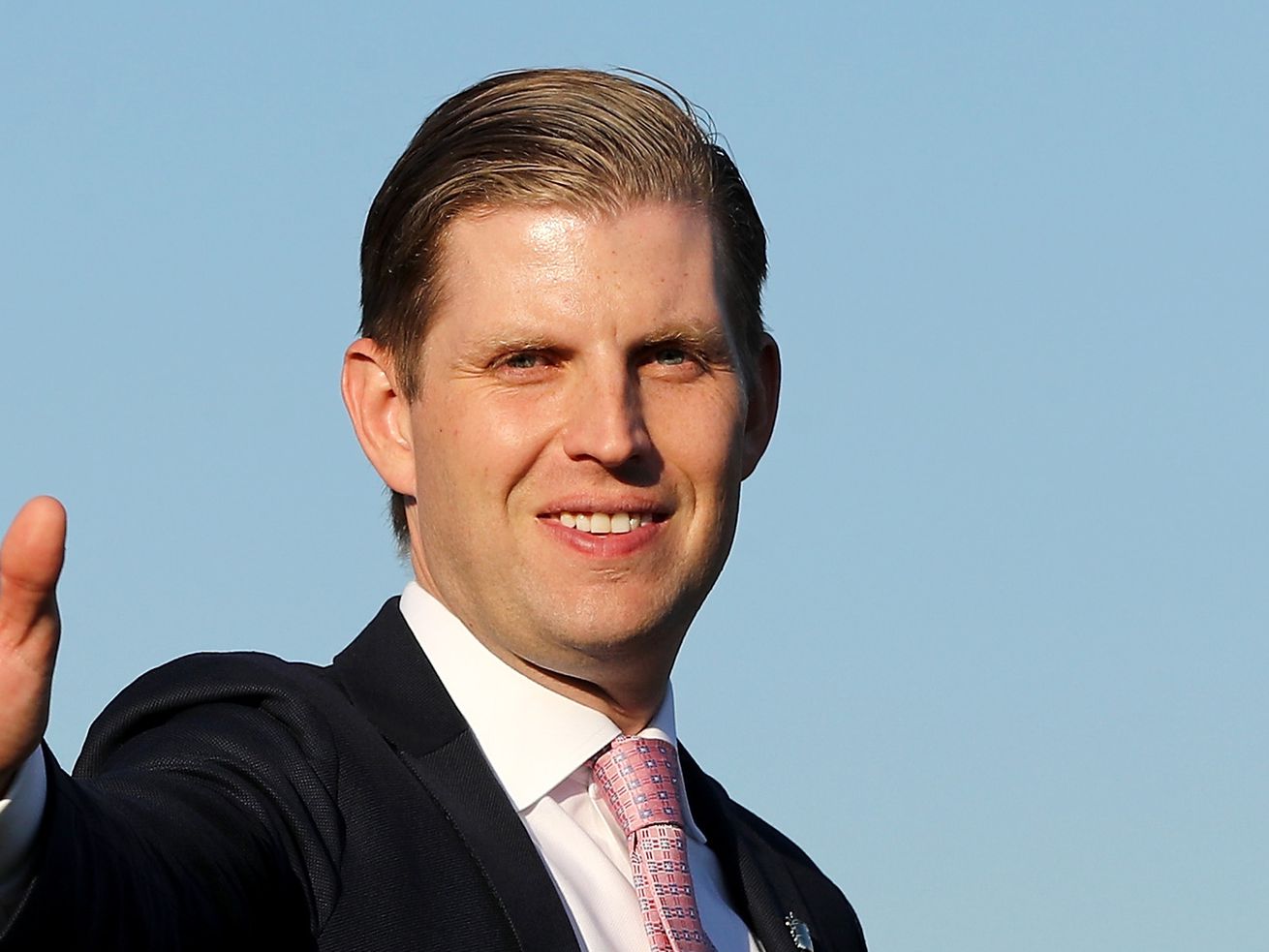 Eric Trump, son of President Donald Trump, is alleging that an employee at the Aviary — the highly acclaimed fancy cocktail lounge in Chicago owned by the Alinea Group — spat on him. The younger Trump said the incident happened on Tuesday night at the Fulton Market cocktail den, telling Breitbart News that it was a “purely a disgusting act.” The worker, only identified as a “young woman,” was released from police custody without any charges filed, according to Breitbart.

Eric Trump — who had tweeted earlier in the day how he loved visiting Chicago — deemed the incident a political attack, telling Breitbart that “for a party that preaches tolerance, this once again demonstrates they have very little civility.”

Nick Kokonas of the Alinea Group, the bar’s owners, emailed a statement on the matter that called it “an unfortunate incident.”

“What is certain is this: no customer should ever be spit upon,” a portion of the statement read. “We have not yet spoken with the employee but our HR team has, in the meantime, placed her on leave.”

The online discussion also troubled Kokonas, who noted that commenters have threatened his workers in the aftermath. He also doesn’t understand why people would praise the incident as a civil act of disobedience: “A degrading act lowers the tenor of debate. To some it might feel good, but it is unlikely to serve any larger purpose.”

“As fellow Americans and citizens, we should all aim higher,” Kokonas’s statement read.

CPD was on scene and assisting the United States Secret Service with a law enforcement matter. Any and all inquiries regarding a federal protectee must be directed to the Secret Service. https://t.co/ecq5TaMiQ0

This isn’t the first time the Trumps and the owners of the Aviary have shared headlines. In January, Kokonas invited members of the National Champion Clemson University football team to Chicago for a meal. He said that the team deserved a better celebration than the fast-food feast Trump served players at the White House. Kokonas maintained his invitation wasn’t political in nature, but he wanted to show youngsters how to properly celebrate major accomplishments. Three-Michelin-starred Alinea is Chicago’s most acclaimed restaurant and the city’s priciest. On Tuesday, World’s 50 Best Restaurants named it the No. 37 restaurant in the world.

The Aviary takes a similar approach to cocktails, with lavish presentations and ingredients. The Chicago bar opened in 2011 on Fulton Market and is one of the city’s essential drinking destinations; a New York location opened in 2017.

In general, Chicago hasn’t been a friendly place for Trump and his family. (The Trump Tower Chicago is located in River North.) In May, former Mayor Rahm Emanuel ripped the president during the James Beard Foundation Awards. Local brewery 5 Rabbits was involved in a documentary about pulling its beers from the Trump Tower. Across the country, other restaurants — most notably in June 2018 at the Red Hen in Lexington, Virginia, have protested the Trump administration. That’s led a programmer to create an app to find MAGA-friendly restaurants. But none of these other cases involved spit.

Last night an unfortunate incident occurred between an employee at The Aviary and Eric Trump. We did not witness the incident and we are just beginning to learn the details.

What is certain is this: no customer should ever be spit upon. We have not yet spoken with the employee but our HR team has, in the meantime, placed her on leave. We will not discuss internal HR matters beyond this statement.

More broadly, the online discussion about the incident is troubling. Hundreds of people are calling for the demise of our business, threatening our employees, and posting fake reviews… they are wrong to do so based on the actions of a lone individual.

So too, however, are those people wrong who are praising this as an act of civil disobedience. We have voices and the means to be heard. A degrading act lowers the tenor of debate. To some it might feel good, but it is unlikely to serve any larger purpose.

We hope this incident can, at least, serve to illuminate the current absurdity of the discourse in our politics.

As fellow Americans and citizens, we should all aim higher.

PrevPreviousAt Theater on the Lake, a free Prologue to a free season
NextPunny New Lakeview Cafe to Offer CBD in EverythingNext