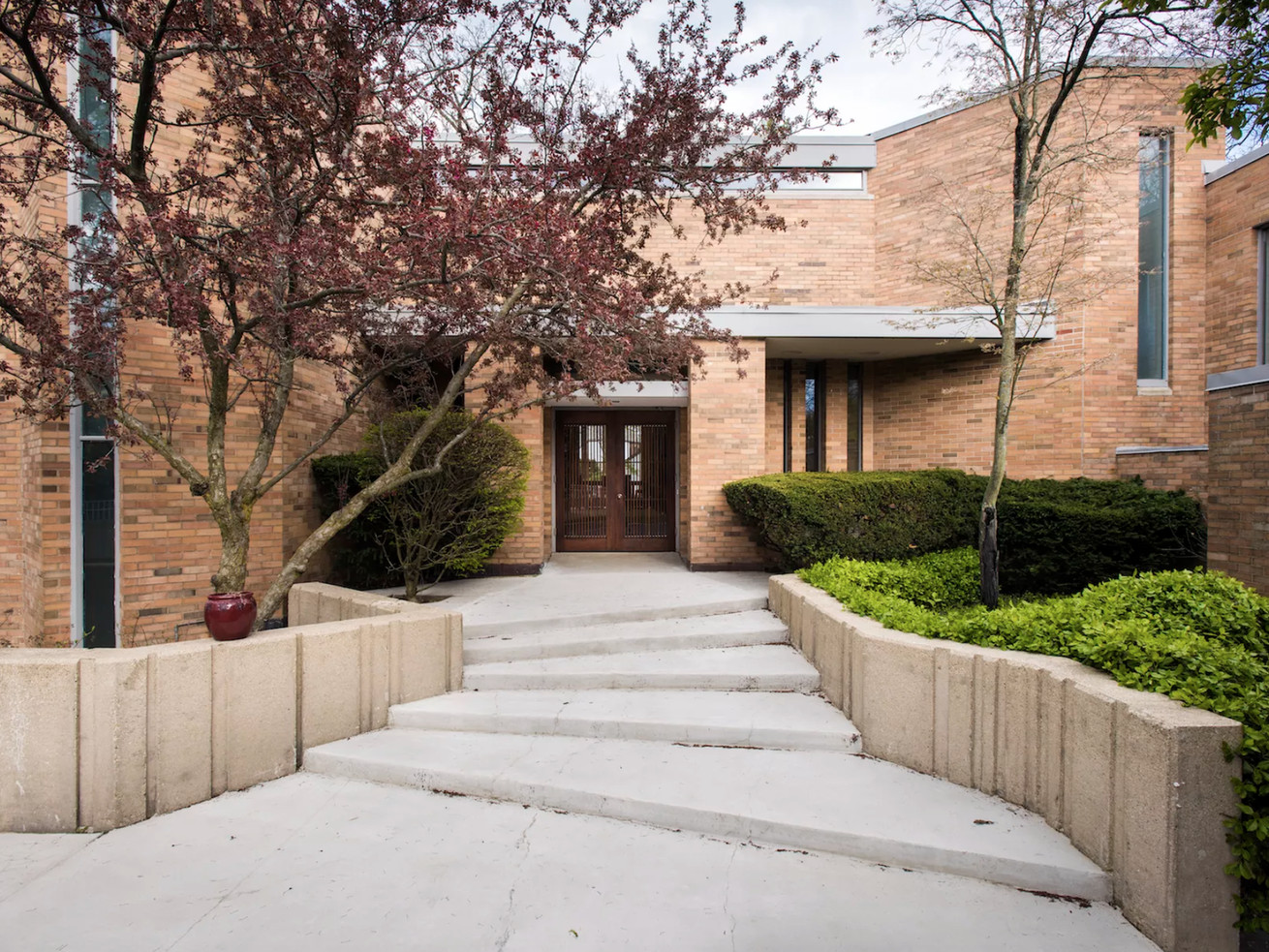 The new owner of a midcentury home designed by Edward Dart, one of Chicago’s most important post-war modern architects, has applied for a permit to tear down the 1965 property in suburban Glencoe, reports Crain’s.

Previously owned by Leo Melamed, chairman emeritus of CME Group, and his wife Betty, the seven-bedroom home is one of 52 private dwellings designed by the architect between 1949 and 1968.

In typical Dart fashion, the brick residence at 350 Sunrise Circle appears closed off and fortress-like from the street. The home’s semicircular floorplan opens up at the rear with large windows overlooking a spacious back yard with a pool and mature oak trees.

The 5,400-square-foot dwelling is organized around a central double-height entrance hall and sports midcentury touches like a cozy library with a wet bar, color-coordinated bedrooms with custom built-ins, and a basement bomb shelter. The time capsule-like property was featured in a Curbed Chicago tour in May 2016.

The Melameds first listed their North Shore home in 2010 for $3.5 million. By 2016, the price dropped to $2.5 million. It ultimately sold last month for $1.7 million, according to public records. The sale, which was made through a land trust, did not identify the new owner.

The demolition permit application submitted to the Village of Glencoe listed interior designer Jessica Turf and husband Ryan Turf, managing director at CB2, as contact people. Jessica told Crain’s that she and her husband were “not the owners” and “demolition is not for sure.”

Holding only an honorary landmark designation, the Dart-designed home is not immune from the threat of demolition. The village can, however, delay the process. The pending demo permit is currently serving mandatory 180-day hold that is set to expire on February 15, according to Crain’s.

“From an architectural point of view, you don’t normally see a house like this,” Leo Melamed told Curbed Chicago in 2016. “Some of the neighbors are building new castles, but they’re all the same. The ideal owner would not only recognize the value of the architecture, but also live in the space: raise a bunch of children, throw big parties.”