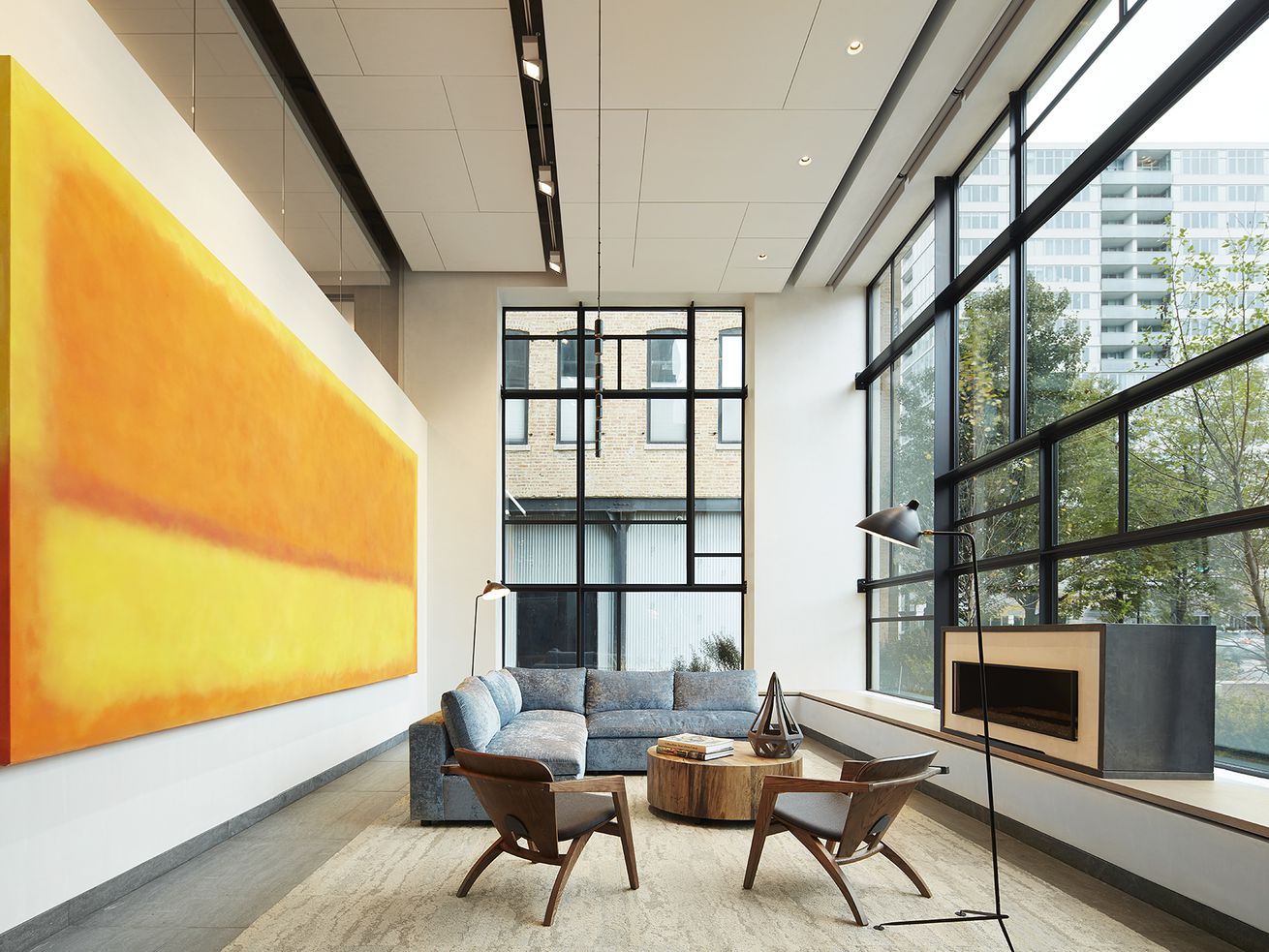 These last few days are a great time to catch up on some reading as the year wraps up. So settle in, here are a few pieces we’ve published about Chicago throughout the year that you might have missed in 2018.

From the 100-year history of a beloved neighborhood theater to a profile of Ravenwood’s badass indie printers and beautiful home tours, these features cover the character of the city and hopefully offer something new for you to explore.

Englewood residents organize to take back their block
by Christian Belanger, City Bureau

“We need to buy the land in Englewood. Do believe there are people who are buying blocks at a time—at a time. You can’t complain about gentrification if you don’t own anything,” said Antoine Butler, a landlord, to a round of applause. “The property value is rising. They’re not gonna tell you that. They’re not gonna let you know that Englewood is probably the hottest land in the city of Chicago right now.”

There was no way a shopping mall was going to stand in place of The Davis. The Art Deco theater is the city’s longest running movie theater, which celebrated its centennial anniversary on November 6. One of the reasons this piece of Chicago history is still around in Lincoln Square is because of the residents who refused to let it go.

For some people, the rattle and hum of Chicago’s L train might be annoying, but for the owner of this home on the Southport Corridor, it’s a long familiar sound. The house sits a mere 75 feet from the elevated tracks, close enough to make out the next stop as it is announced over the train’s intercom.

Claire Tibbs, the owner, designed the shop based on playful, welcoming elements—taking the LGBTQ rainbow flag and turning it into Luis Barragán-inspired walls. Finer Signs worked on the exterior Peach Fuzz lettering and, inside the shop, painted a Memphis-style mural with block shapes and squiggles.

Up and down the Ravenswood Industrial Corridor, scrappy letterpress operators and screen printers are carving out an analog niche in the digital world, setting type with their fingers instead of keystrokes and cranking out greeting cards and prints one piece of paper at a time by hand—kind of like swapping out an iPhone for a rotary model.

Dunning school construction may hit dead bodies, and the city is planning for it
by Alex Nitkin

“Nowhere else in the country has a cemetery with hundreds or thousands of graves been so nearly forgotten that a developer had to rediscover it by accident,” wrote Harold Henderson in a September 1989 issue of the Chicago Reader. For the first time in decades, crews are again moving dirt where the Cook County Poor Farm and Insane Asylum accepted patients between 1855 and 1912. But this time, builders are determined not to hit any surprises.

When Chicago resident Julia Wood began looking for her first home, she started by searching for a dwelling that needed no remodeling. That tactic quickly proved frustrating, and she changed her strategy after getting some advice from her father. “He told me: ‘Look for good bones,’” she says. “I gave up trying to find the perfect place and started searching for a home where I could build what I was interested in.”

Inside Jeanne Gang’s Solstice on the Park
by Jay Koziarz

Compared to the boxy rectangular forms and the cookie-cutter floorplans of its many rental tower peers, Solstice on the Park offers a refreshingly different take on the Chicago apartment building. The angular design from hometown starchitect Jeanne Gang attempts to bridge form and function—in this case a push towards solar efficiency.

Can you go to a dog park without a dog?
by Grace Perry

Dog parks are made for dogs and their owners. But what about me? Is it socially acceptable for me, a dog-less dog enthusiast, to hang out at a dog park just to pet dogs? I made it my mission to investigate this highly pertinent matter.

Entering its 12th year, Chicago’s Midnight Circus has raised nearly one million dollars for the park system as part of the city’s Night Out in the Parks initiative. Thousands of people attend the show each year in their neighborhood’s park.

“For us, it’s about bringing circus to the people. We mean it. We’re a better city if everyone has access to resources: the arts, healthcare, good schools, whatever it is,” said Jeff Jenkins, one of the program’s founders.

Emme apartments: A modern building that respects its historic site
by Jay Koziarz

The Haymarket Massacre played a pivotal role in the city’s organized labor movement, a residential building opened on the site with a design that nods to the site’s history. “We wanted to embrace it and show respect. As we first looked at the project, the monument immediately provided a starting point to drive the rest of the site plan,” explained Don Copper, a principal at GREC Architects.

Is there hope for the disappearing Chicago two-flat?
by Michael Podgers

The Chicago two-flat is an essential part of the city’s vernacular architecture. Steadily they are disappearing. Development pressures, disinvestment, zoning, and changing values threaten Chicago’s stock of small multi-unit buildings and with them the workhorse of Chicago’s affordable housing.

The archival photographs from the Art Institute show 24-karat gold-leafed ceiling arches and hundreds of architect Louis Sullivan’s intricate patterns, but unfortunately many coats of paint cover the artwork now. For historian Tim Samuelson and other preservationists, the stencil work is crucial. Without those details, “it’s like having the finest Stradivarius, but just a little out of tune,” he said.