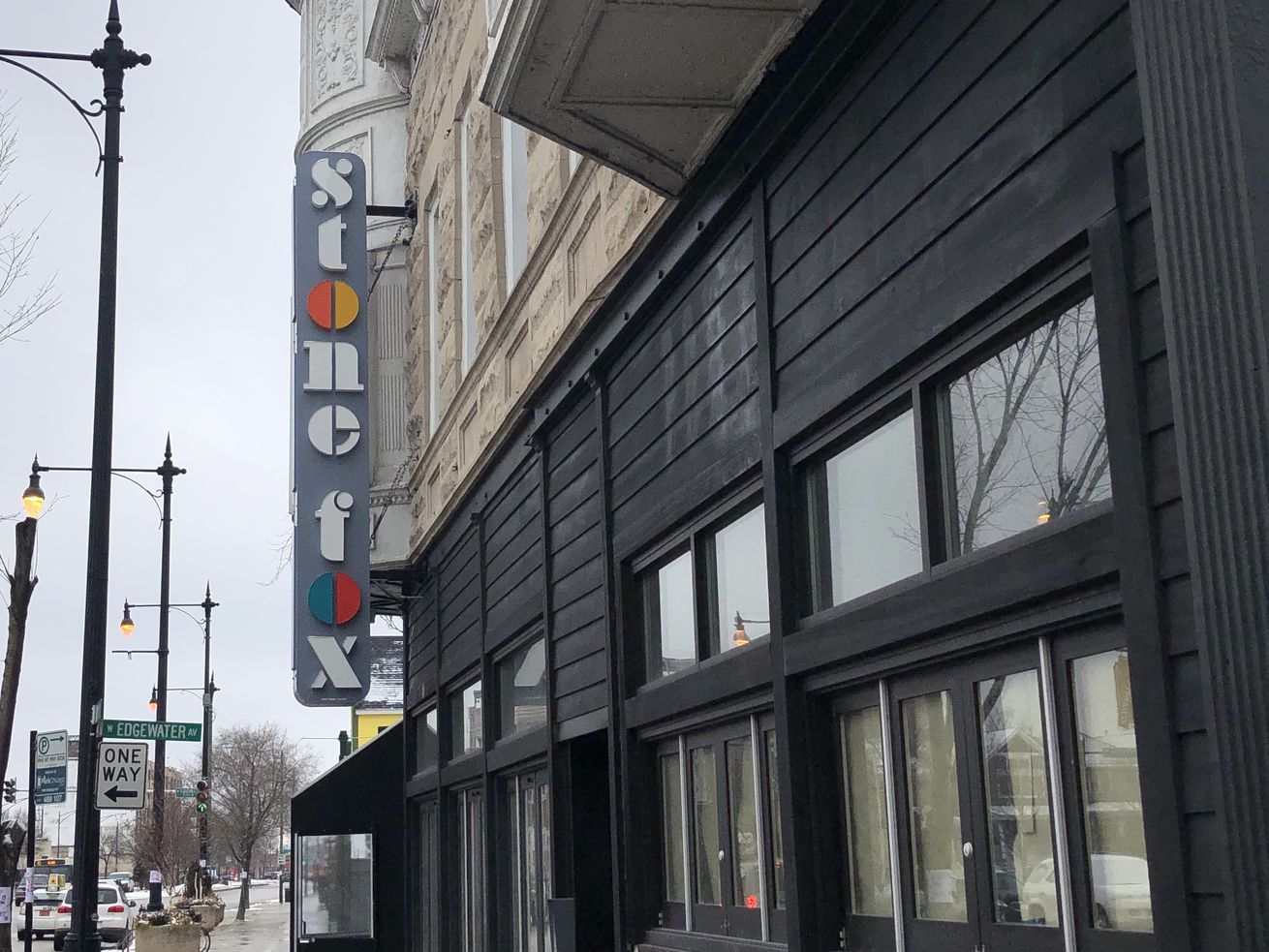 In December, signage went up outside the former Pork Shoppe barbecue in Andersonville announcing a new tenant called Stone Fox. The owners of the upcoming neighborhood restaurant at 5721 N. Clark Street have been quiet about their plans for the space, which include a bar and a large patio. But now they’re announcing their intentions to open by the end of February.

Before opening Fat Cat in Uptown, Stone Fox partner Cy Oldham partnered on Silver Cloud Bar & Grill, a beloved Bucktown restaurant that closed in 2014. The space remained dark for four years until Oldham’s former partner, Rivak “Rocky” Albazi, opened Tricycle. Oldham’s been searching for a space for her next project for five years, she said.

“Neighborhood is important to me,” Oldham said, citing the fact they purchased the space as proof as they’re committed to Andersonville.

Greg Hageli is Stone Fox’s chef. He was most recently at Red & White Wine Bar in Bucktown, and he’s worked as pastry chef at Band of Bohemia, the Michelin-starred brewpub in Ravenswood. His menu will include chewy thin-crust pizzas baked on a hearthstone on a wood-burning grill. Hageli will make his own fennel-heavy sausage for pies like a tribute to the South Side with tons of provolone, Calabrian chilis, and olives.

Other items include a chickpea fritter inspired by pakora from India. It will come with red and green chutneys, Hageli’s special hot sauce, and a charred-scallion mustard. There’s also a dish based on Portuguese stew: little neck clams, Spanish-cured sausage, and a white-wine broth with kale. It’s baked in a clay pot covered by a pastry crust that’s brushed with garlic olive oil. Oldham can’t wait for diners to break open the crust and dip it in the broth. It’s an interactive dish that she hopes will be the envy of other tables that didn’t order it. Some classic pub food will also be available, such as a burger. They’ll have plenty of vegan and gluten-free food, too.

While they hope to open the main restaurant by the end of the month, the patio (which sits on a double-sized lot) still needs work. They hope to open that in late spring and have ambitious plans for it. The backyard will have a full bar with draft lines and a variety of options for those who want sit-down formal meals or just to lounge and grab drinks with friends.

New ownership has added new lights, furniture, and TVs. Upon entering, visitors will be in the restaurant’s bar area where there’s cozy, plush blue seating. The room on the southern part of the building is the dining area and that can be used for parties.

They’ll have 10 beers on tap. Another two draft lines will be reserved for cocktails including a Sloe Gin Fizz. Managing partner Drew Schmidtke is in charge of drinks and describes a philosophy of taking old, forgotten drinks and improving them; the Sloe Gin Fizz was a boring drink that his parents drank in the ‘70s in college. He’s also developing slushies for the patio like a frozen Paloma. Schmidtke has experience working on the beverage programs for Rick Bayless’ Frontera Restaurants, so expect tequila and mezcal. Stone Fox has a third partner. Howard Natinsky is involved in Five Star and Neon Wilderness in Wicker Park.

Opening a restaurant in Andersonville is different compared to Silver Cloud in Bucktown and Fat Cat in Uptown, Oldham said. Those two areas didn’t have as many dining options at the time Oldham opened her restaurants. She hopes Stone Fox will complement the area. Coincidentally, they’ll even have margaritas.