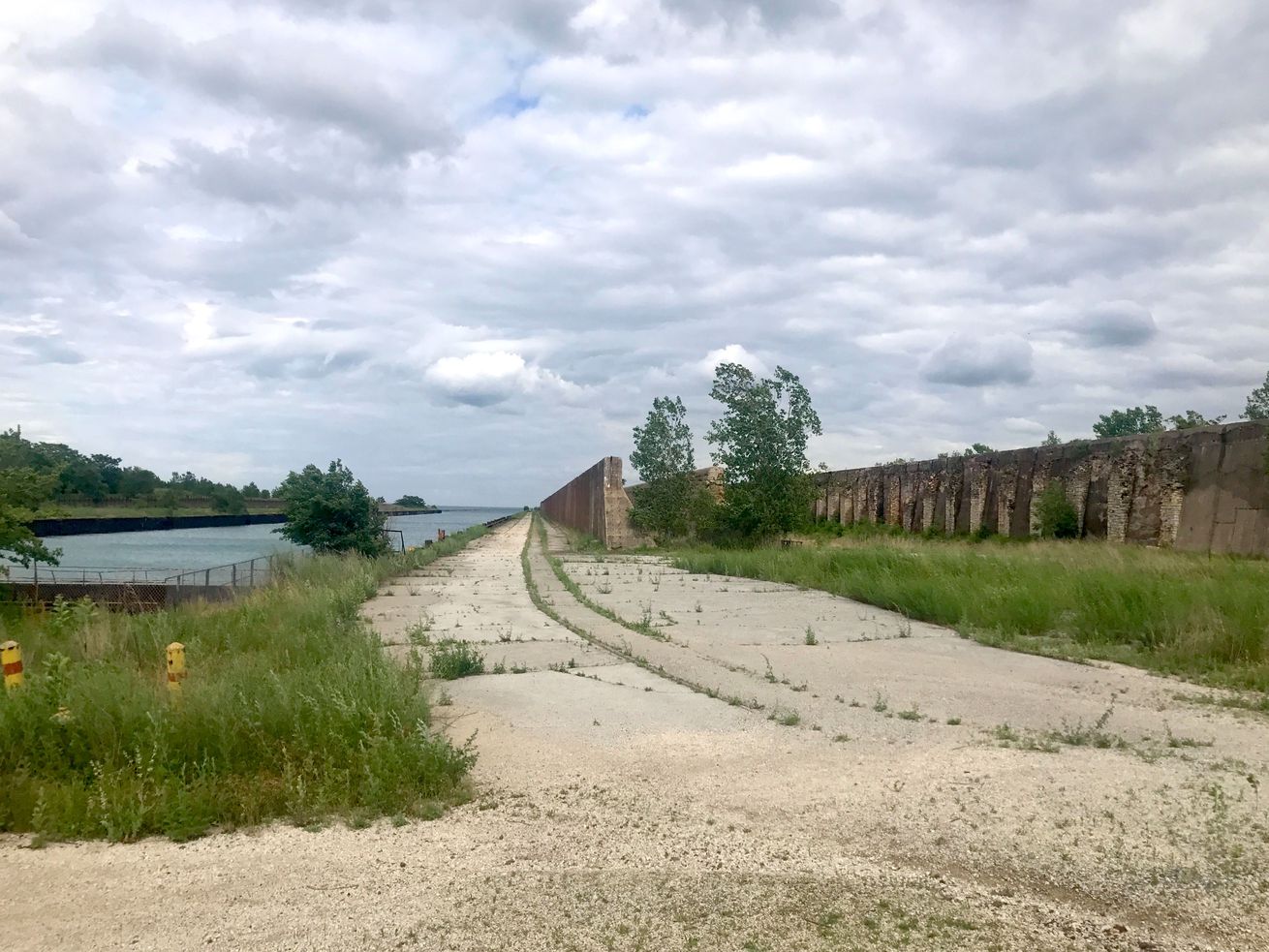 The massive Far South Side site has been vacant since 1992. | Jay Koziarz

The proposal describes a massive film production complex with 15 to 20 sound stages on one end of the site. Another area would be designated for live music along with a theater, climbing wall, and skate park. There could also be a Greg Norman-affiliated golf practice facility and social club, reported the newspaper. It’s unclear what the project will cost to build, but its backers expect to pay $71 million to acquire the 415-acre site.

The group would be the third team to attempt to redevelop the sprawling site since U.S. Steel closed its manufacturing plant at the mouth of the Calumet River in 1992. In 2004, local developer McCaffery Interests teamed up with U.S. Steel on a $4 billion multi-phase mixed-use redevelopment plan. That partnership, however, dissolved in 2016 without a single new building built at the sprawling lakefront site.

In 2017, Irish developer Emerald Living and Spanish-based modular home builder Barcelona Housing Systems revealed their grand vision to bring up to 20,000 homes to the site. Those plans unraveled last year when concerns over soil contamination soured Emerald Living’s deal to buy the property.

Today little of the original industrial complex remains save for a central canal and the ruins of a pair half-mile-long “ore walls.” The far east of the site is home to the Park District’s Steelworkers Park which features a rock climbing area.

Despite being privately owned, the South Works site is also one of five South and West Side neighborhood locations shortlisted by Mayor Lori Lightfoot as a potential site for Chicago’s first casino. The administration launched an online survey to collect resident feedback regarding the upcoming gambling facility.

Much like its unsuccessful predecessors, the latest South Works proposal will face challenges associated with the sheer size of the parcel, the area’s lack of mass transit, and any lingering environmental issues.

The team will also need to win over Susan Sadlowski Garza and Greg Mitchell, the two aldermen who represent the site, as well as navigate the city’s zoning approval process. A spokesperson for the Department of Planning and Development told the Tribune that City Hall officials are expected to sit down with the team “before the end of the summer.”

Before he departed office in May, Chicago’s former Planning and Development Commissioner David Reifman described the lack of redevelopment at the South Works site as one of his only regrets.