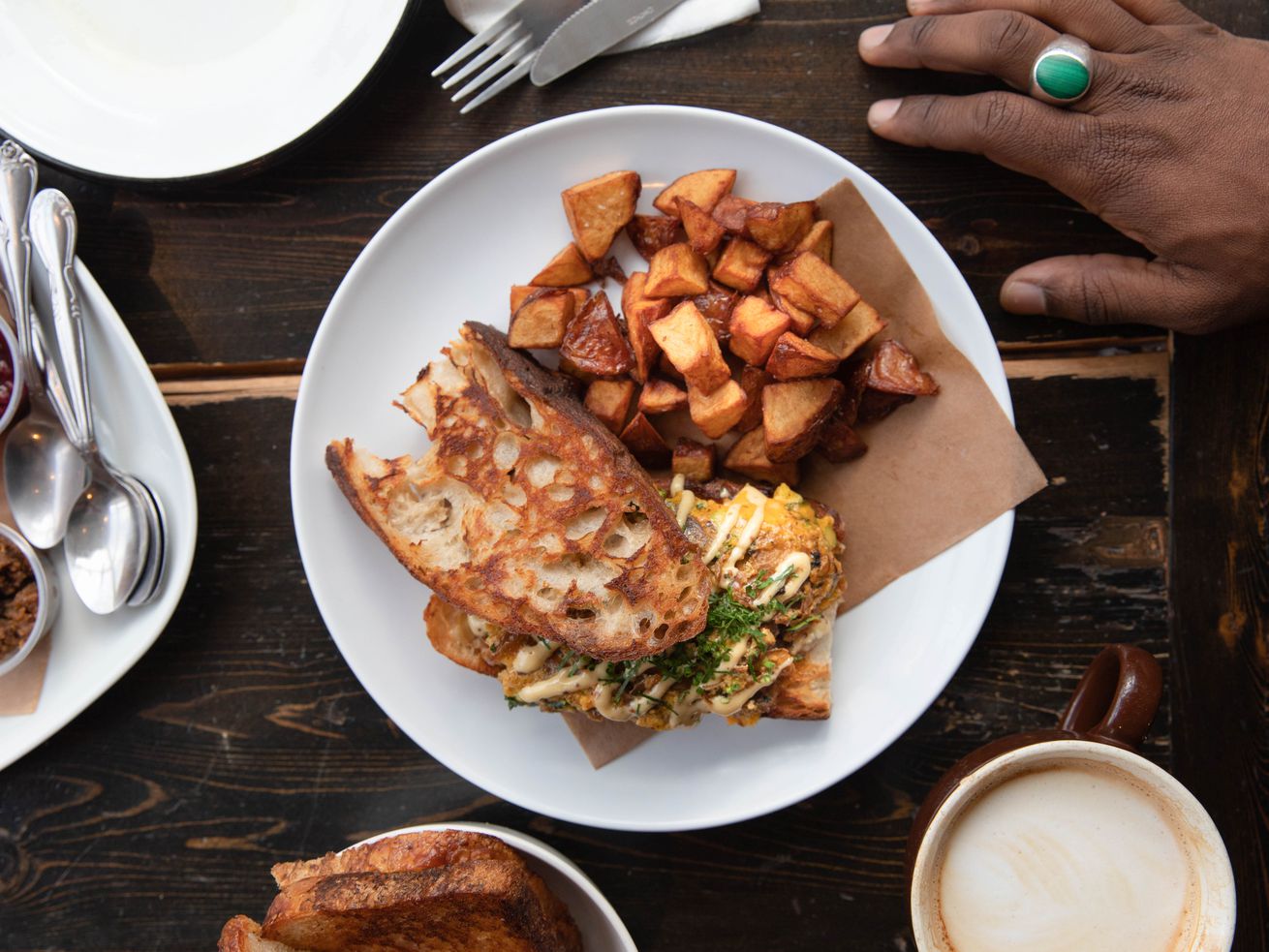 Heritage Bicycles & Coffee has an upgraded menu and expansion plans

More and more Chicagoans are biking to work, so more of that workforce will need bike shops when a tire goes flat or brakes need re-alignment. That’s what the owner of Heritage Bikes & Coffee is banking on that on Friday as he opens a new location in Fulton Market — an area that’s seeing more businesses and co-working spaces popping up. Heritage is a hybrid bike and coffee shop with locations in Uptown and Lakeview. The Fulton Market location, 172 N. Racine Avenue, debuts tomorrow and is different from other locations as it will feature a full kitchen and expanded menu.

Michael Salvatore wants to dive further into the food and beverage world. He already has Larry’s, an Uptown cocktail lounge that opened in 2017. The new Heritage location — which includes a retail showroom, service area, and dining room — could be the prototype for additional expansion. Salvatore has designs on expanding to markets outside of Chicago. They serve Intelligentsia coffees and the company’s Kilogram teas. Salvatore has hired chef William Fahey (Cindy’s Rooftop), and he’s putting together a menu of avocado toasts, vegan wraps, and breakfast burritos. It’s fun diner fare.

Don’t worry — a bike mechanic isn’t going to be the cook who makes lunch. Salvatore laughed at the notion because in 2011, before he opened the Lincoln Avenue store, city of Chicago officials were skeptical and confused about Heritage’s combination concept. As part of his plans submitted to the city, he had to write out that the bike service and food operations would be separate. City officials needed the reassurance.

“Our mechanics cannot even touch the coffee or food in the cafe,” Salvatore said, hoping to cut off any doubters.

Coffee and cycling mesh well together, Salvatore said. Both fanbases are passionate. The West Loop locations will tap into that by hosting events so fans can watch races like the Tour de France. Operating a coffee shop inside a cycle store also gives Salvatore two different revenue sources. Salavatore has long been a champion of local vendors. Heritage works with companies including Local Foods, Jones Farm in Wisconsin, Upton’s Naturals (they make vegan chorizo), and West Town Bakery.

While supporting cyclists is Heritage’s prime directive, Salvatore said most of his customers don’t ride. Thoughtfully prepared items, quality coffee and teas, plus good service have made Heritage succeed, Salvatore said. They’ll have six to seven core menu items including lighter options that appeal to active cyclists and heavier selections to satisfy someone who wants a heartier meal.

There will be some impressive cycles on display. Heritage is also giving a custom bike away. A spokesperson said they’re randomly selecting a transaction made within two weeks after the opening and giving that customer a $799 bike.

Take a look at the menu and some photos of the interiors and food below. Heritage Bicycles opens its Fulton Market location on Friday.

PrevPreviousRiver North’s building biting the dust for new apartment tower
NextMeet Nikko Washington, the painter and ace bowler in the Save Money collective.Next