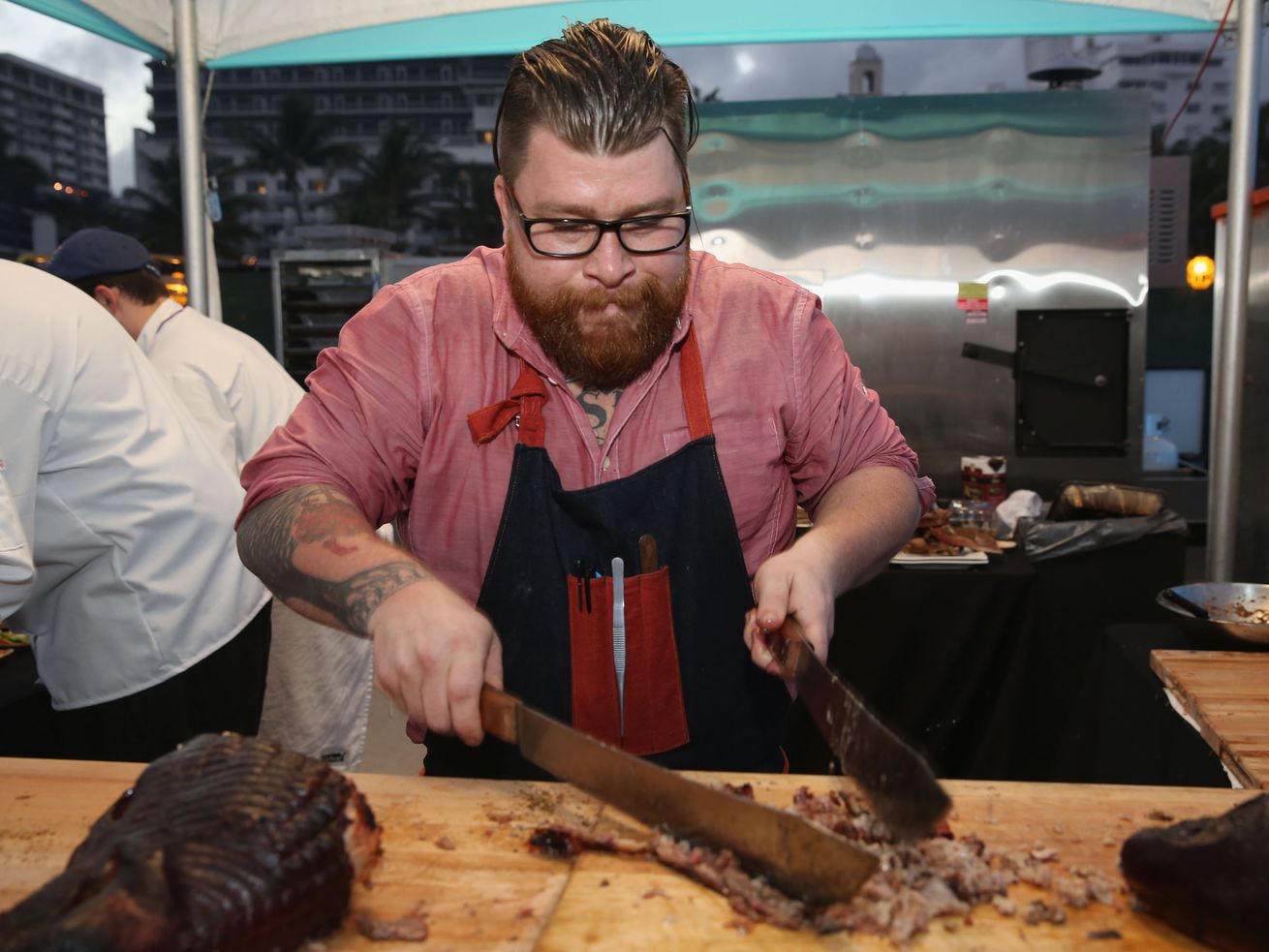 Superstar chef Jonathon Sawyer has picked Chicago for his first restaurant outside of Ohio. Sawyer, who won the 2015 James Beard Award for Best Chef: Great Lakes, is the chef behind a previously announced burger restaurant near Chicago’s Wicker Park. Shake It remains the working the name for the restaurant, announced back in the summer 2017. It requires additional neighborhood approvals due to the residential location at 820 N. Damen Avenue — a former auto repair shop in Ukrainian Village.

Sawyer has enjoyed success in Cleveland with several restaurants including Trentina (an Esquire 2014 Best New Restaurant that closed in January) and Greenhouse Tavern. Greenhouse is an environmentally friendly French restaurant that uses local ingredients. The Green Restaurant Association in 2009 named it Ohio’s first certified-green restaurant in the state.

Though a rabid supporter of Cleveland, Sawyer was born in McHenry, Illinois. He said he’s a closet Cubs and Blackhawks fan, and has spent time in Miami and New York. The Chicago restaurant will be something unique, he told Eater.

“Regardless of what your notion is of a burger, this is not that,” Sawyer said.

The chef said he’s excited to “harvest his Chicago friends” like Paul Kahan (Big Star, Avec, Publican), Mindy Segal (Mindy’s HotChocolate), and Tony Mantuano (Spiaggia, River Roast) for ideas on hiring farmers and other vendors. Sawyer’s been working with Shake It’s ownership group, Forward Hospitality for about a year. They’re opening their first restaurant together at the end of July in Columbus, Ohio. SeeSaw is a collaboration with Major League Baseball player Jason Kipnis. Meanwhile, Sawyer can concentrate on creating recipes and cooking over a wood-burning fire.

“There are some people that do beverage way better than what we do it,” Sawyer said.

The menu’s still in development, but expect an assortment of burgers cooked over a wood fire. Expect a smokier flavor as Sawyer wants to cook the beef on a chapa. That’s a flat piece of metal, like a plancha, that’s set over fire. The taste is different versus a charbroiler most restaurants use. Sawyer will use cast iron and cook patties that should weigh between 4 1⁄2 to 6 ounces. He’s keen on the Beyond Burger for meatless options. He also wants to do a lamb burger. Maybe it’s like his recipe published in Food & Wine.

Sawyer is also figuring out how he’ll prepare his french fries. One distinction is there will be vegetarian fryers with vegetable oil separate from fryers filled with a blend of animal fats (including duck, chicken, and beef) giving non-vegetarians richer flavors for their spuds.

The opening still needs approvals, but ownership is hopeful it could happen next year around St. Patrick’s Day in late March or early April, said Forward’s Dante Deiana. There’s been lively community discussion as Block Club Chicago reported neighborhood concerns. Lost in the discussion was that Carmen Rossi is Shake It’s lawyer. Rossi is behind 8 Hospitality, the owner of Chicago clubs including Joy District and Hubbard Inn.

While Deiana said Shake It could open in other cities, Sawyer said he’s not looking at rapid expansion. He’s not looking to open 50 locations. At the same time, Sawyer would like to keep any new locations in the Midwest.

“There’s something magical about it with St. Louis, Cleveland, Pittsburgh, Columbus, and Chicago,” he said.