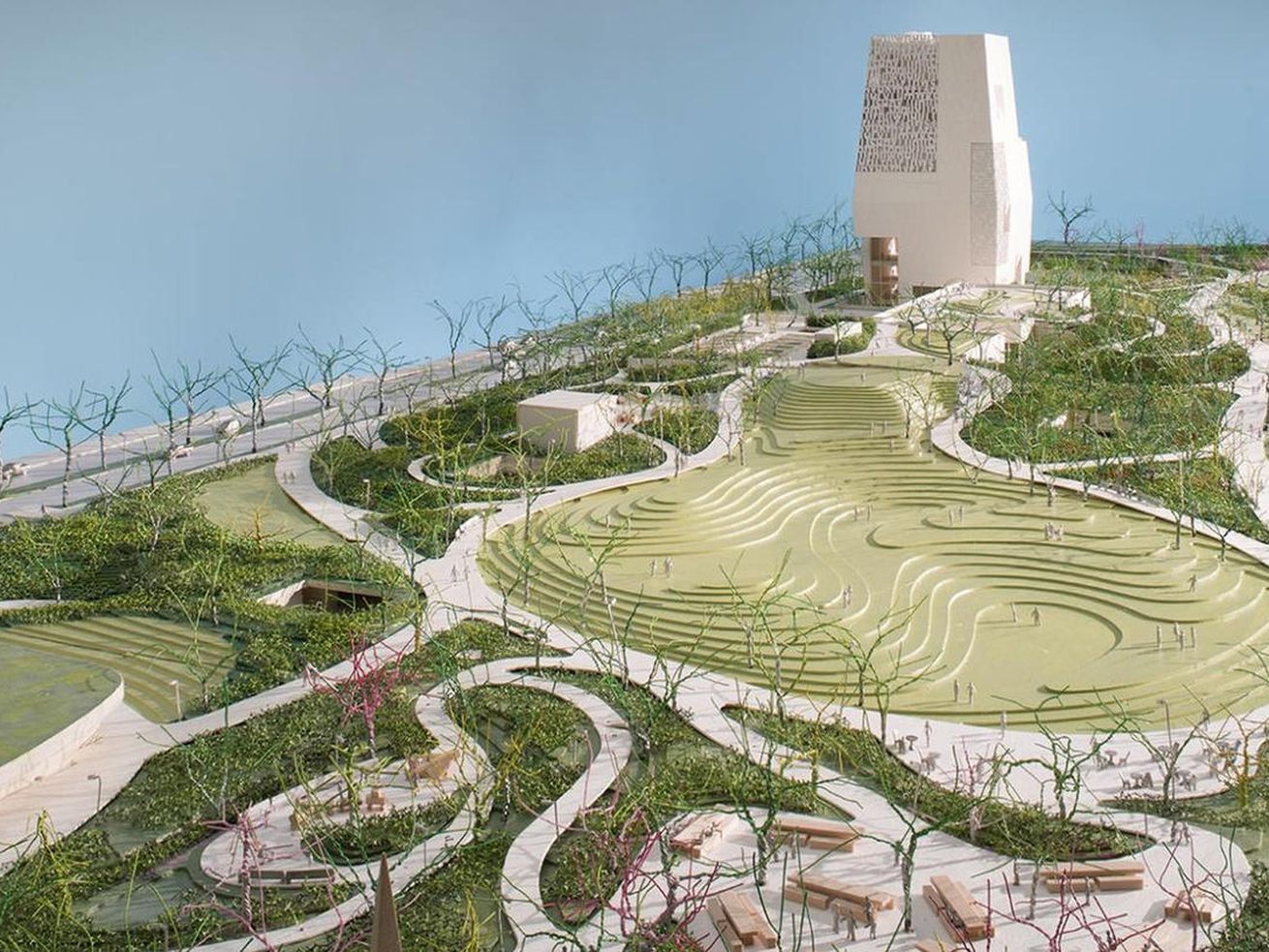 The ordinance was introduced at City Council

The Obama Foundation will get a lot closer to officially calling Jackson Park home by the end of the week. City Council introduced an ordinance Thursday that will offer up acreage in the park in a 99-year, $10 deal. Crain’s first reported the news on Tuesday.

Under a proposed land-use ordinance presented by the city’s planning and development commission, the foundation will be given a deal to build the center in Jackson Park, according to the newspaper’s report. While some details about the agreement were made public, the actual ordinance was not immediately made available by the city clerk’s office.

The agreement makes the center responsible for maintaining the grounds and buildings while the city will own them, Crain’s said. The implementation of the ordinance depends on the foundation showing it has adequate financing and that it passes a pending National Environmental Policy Act federal review.

That review began in November and is now led by the National Parks Service, not the Federal Highway Administration. The agreement states that the city will reimburse the Obama Foundation up to $75,000 for an environmental investigation of the property and “incremental remediation costs,” Crain’s said.

Although the deal is similar to the city’s 11 official Museums in the Parks, there are a few key differences. The Obama Center’s lease expires after 99 years rather than in perpetuity and it won’t receive tax-based operating support or capital, Crain’s reported.

The land-use agreement states that the Obama Foundation must also offer 52 free admission days per year and offer parking rates similar to the Field Museum, Shedd Aquarium, and the Museum of Science and Industry, according to Crain’s. Also, the center’s green space can only be used for private events 15 days per year and no political or fundraising events are permitted.

As for the roads near the Obama Center, which have been a controversial issue, the widening of Lake Shore Drive and Hayes will happen before Cornell and other roads are closed to help with traffic. The work will take about a year and a half, according to Chicago Department of Transportation Commissioner Rebekah Scheinfeld who spoke to Crain’s. The center is expected to break ground next year.

Recently, the city stopped work on an athletic field in Jackson Park which involved cutting down 40 mature trees. The Chicago Parks District said the field had been planned for a while and had nothing to do with the center. However, the Chicago Tribune reported the trees were cut and fences were installed so that the running track could be moved to make way for the upcoming center. The new field was partially financed through a $3.5 million Obama Foundation donation to the Chicago Park District.