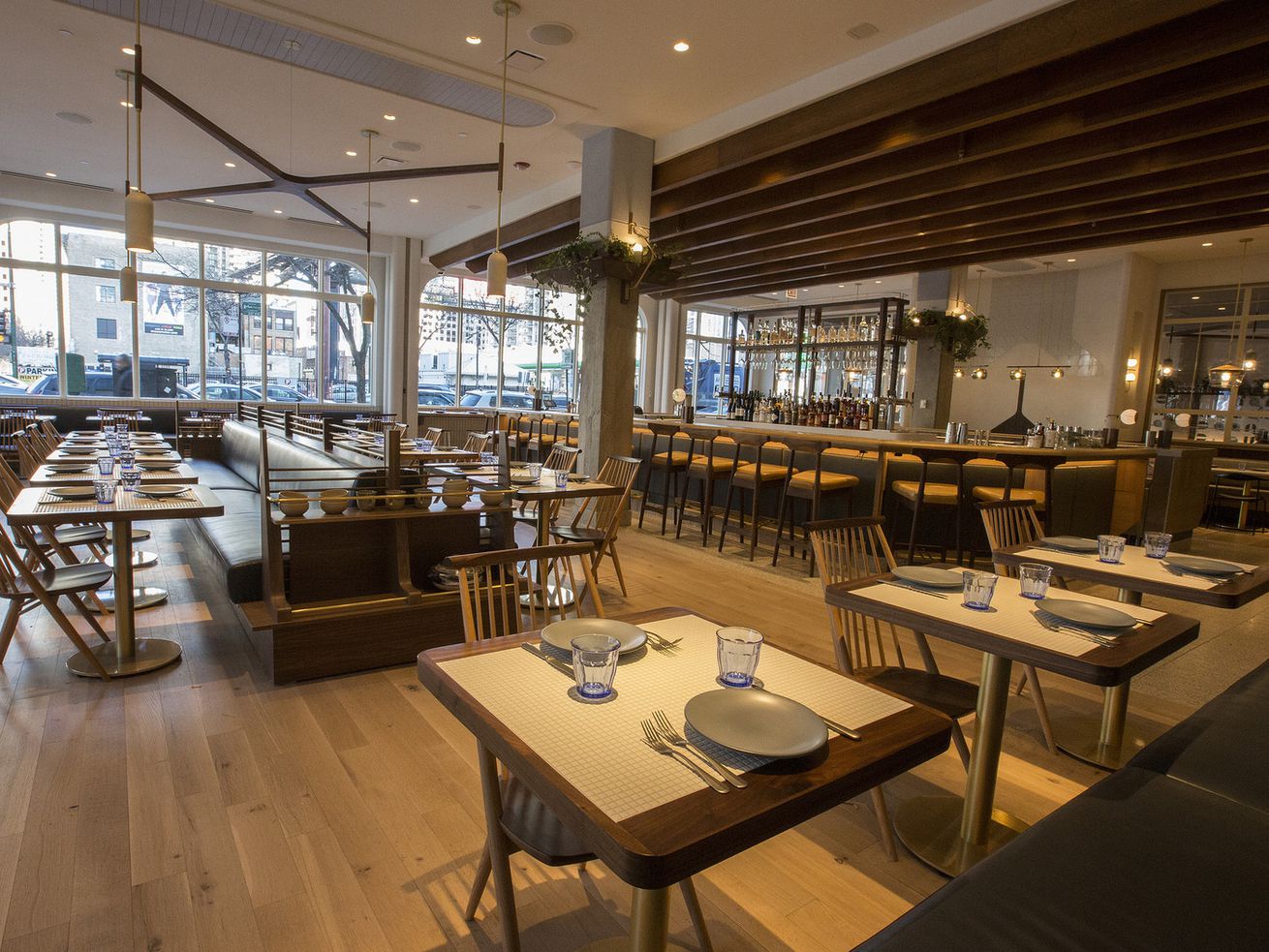 Restaurants and bars are closed for dine-in service across Illinois for at least two weeks. | Barry Brecheisen/Eater Chicago

Read, in their own words, how Chicago restaurant leaders are coping with the new reality

Chicago’s hospitality industry faces unprecedented challenges due to the threat of the novel coronavirus. Customers aren’t allowed inside food and drink establishments through at least March 30. Staff from venues large and small are grappling with a strange and uncertain moment, trying to determine a path forward.

In this new regular feature, Eater Chicago will talk to three members of Chicago’s food world, asking them how they’re coping with this new reality.

Josh Tilden, a partner at Pacific Standard Time, the modern American restaurant in River North from chef Erling Wu-Bower. PST has ventured into the world of takeout thanks to the forced closure of its dining room: “I think our governor made an incredibly courageous and difficult decision. This is something I would have never dreamed of happening, and usually I’m the guy that runs through the worst case scenarios so I’m prepared. These are crazy times and we’re all just trying to be as flexible as possible and roll with what’s being thrown at us. That’s all we can do, and what we’ve preached to our staff when it was imminent was that things are going to get worse before they get better. These terrible situations do tend to cause communities and industries to band together and get stronger. I think that we’ve just been preaching positivity at the end of whatever this might be.”

Bobby Schaffer, owner of independent bakery Lost Larson in Andersonville. The bakery offered coffee, bread, and baked goods through its front window early this week: “As of tomorrow, we’re going to stop operations to wait and see what the guidance is from the government. It’s been tough for us to make these decisions — I think there’s still some uncertainty as to what’s safe and what’s not, moving from take-away to, is it okay to even be in contact with people? We’re trying to understand the spread of the virus a little better. I’m hoping for [officials] to come through with legislation that’s going to help hospitality workers, with the understanding that if a small business isn’t open, it’s impossible to pay all the employees.”

Dino Vulpitta, co-owner of King of Cups in Lincoln Park and Brando’s Speakeasy in South Loop. He’s closed both venues for the duration and isn’t offering delivery or carryout: “We followed the letter of the law and request by the city when they said keep parties small. We kept our St. Patrick’s Day party small and cancelled three big bar crawls, but I think that a lot of people were like, ‘this is nothing, let’s just do it.’ A lot of bars were just really irresponsible — there’s always the kid that screws around and gets the whole class punished, and that’s what happened with this. I understand both sides, but now we are where we are. I looked at this like, I do really well and I’m able to live a decent life, a better life than most. I’m very conscious and frugal in a lot of ways. I’m liquid, and that’s really important for this industry, but a lot of people are not. It’s a hand-to-mouth type of profession.”

Chicago Gaming Cafe has a Disney feel. | Barry Brecheisen/Eater Chicago More often than not, tipsters, readers, friends, and family of Eater have one question:…