Chicago’s First Cidery Plans To Open a Taproom in Hermosa 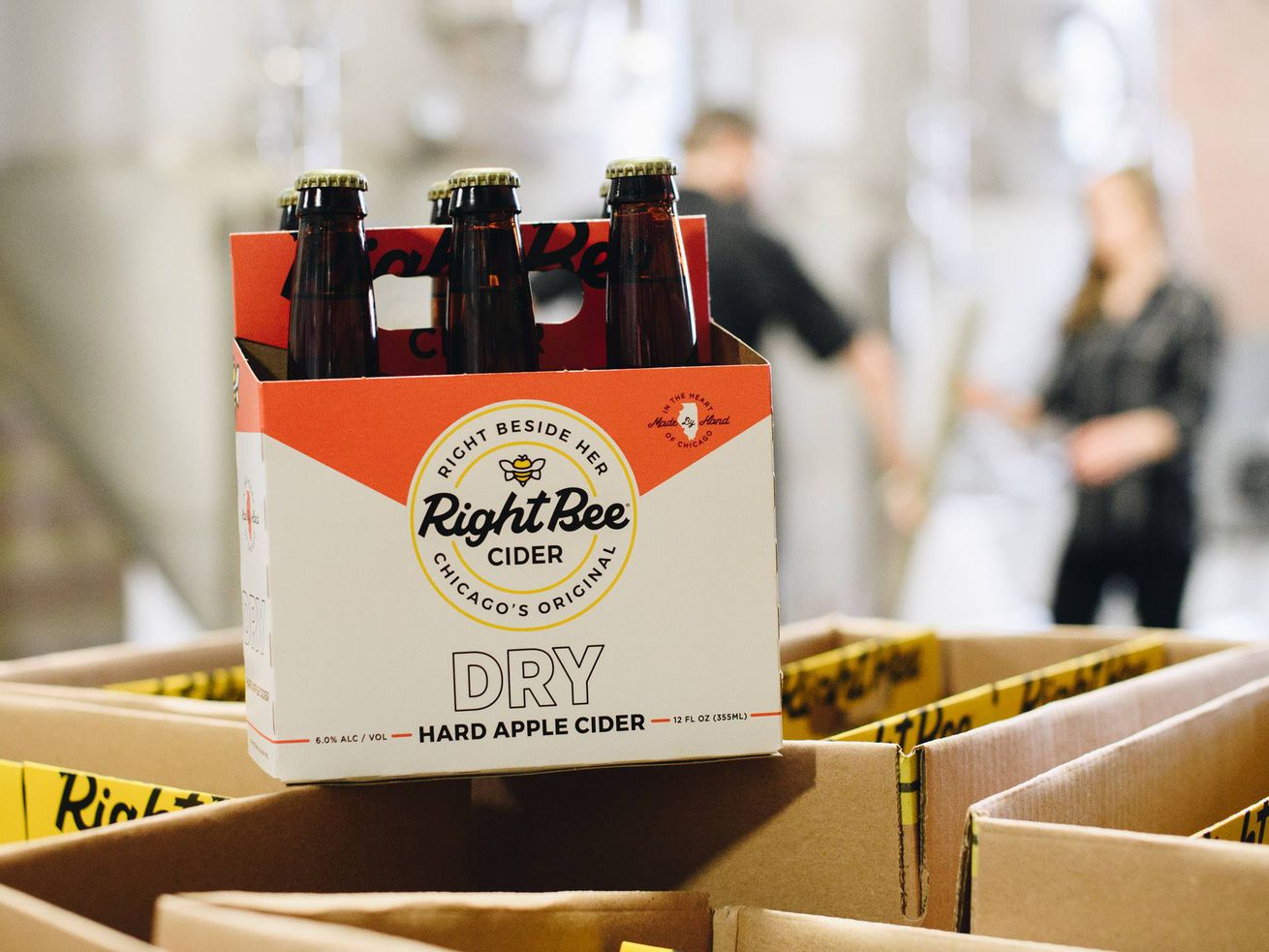 The owners of Chicago’s first cidery, Right Bee Cider, have been busy the last four years. Right Bee started in suburban Lincolnwood and moved two years ago to its production facility in Hermosa. While Right Bee supplies ciders for bars and stores (they’re also working on apple cider vinegars), passersby in Hermosa couldn’t stop in for a drink — there was no room or a proper license for that. That’s going to change early next year when Right Bee opens a 50-seat taproom inside the cidery at 1830 N. Kostner Avenue.

“The goal for us was always to bring friends and families together,” said co-owner Charlie Davis.

Davis (a Chicago native who grew up in Sauganash) and wife Katie Morgan (a Seattle native) are ecstatic about the upcoming opening. The taproom is a game changer for Right Bee. They can’t sell six packs out of their building. But come January, or sometime in winter 2019, customers will be able to buy bottles to go and growlers. Customers who stay could sip a draft cider from one of six taps. Right Bee may even throw in a draft cocktail. The “Right Bee Mule” swaps vodka for cider mixed with ginger beer.

Since Right Bee has a winery license, not a brewery license which is more restrictive, they’ll be able to stock a full bar, too. They won’t serve food. Customers can get takeout from nearby restaurants like Rice Arepa. Davis described the atmosphere as cozy, like a finished basement.

Right Bee enjoys a strong relationship with Pat Berger, owner of Paddy Long’s and Kaiser Tiger in the West Loop. Paddy’s was the first bar to buy kegs of Right Bee Cider. Davis said his father used to be a Paddy Long’s customer. When Right Bee collaborated with Jeni’s Splendid Ice Creams last year, Kaiser Tiger was the site of the launch party.

Incidentally, the new taproom will also give Right Bee a space to host its own special bottle releases. Inside the cidery — a former Schwinn bicycle factory — there’s a stack of barrels from Koval Distillery. Davis has plenty of ideas on how to age cider.

The announcement comes as Right Bee prepares to celebrate its fourth birthday: “We are beyond excited to welcome people to our home,” Morgan said.