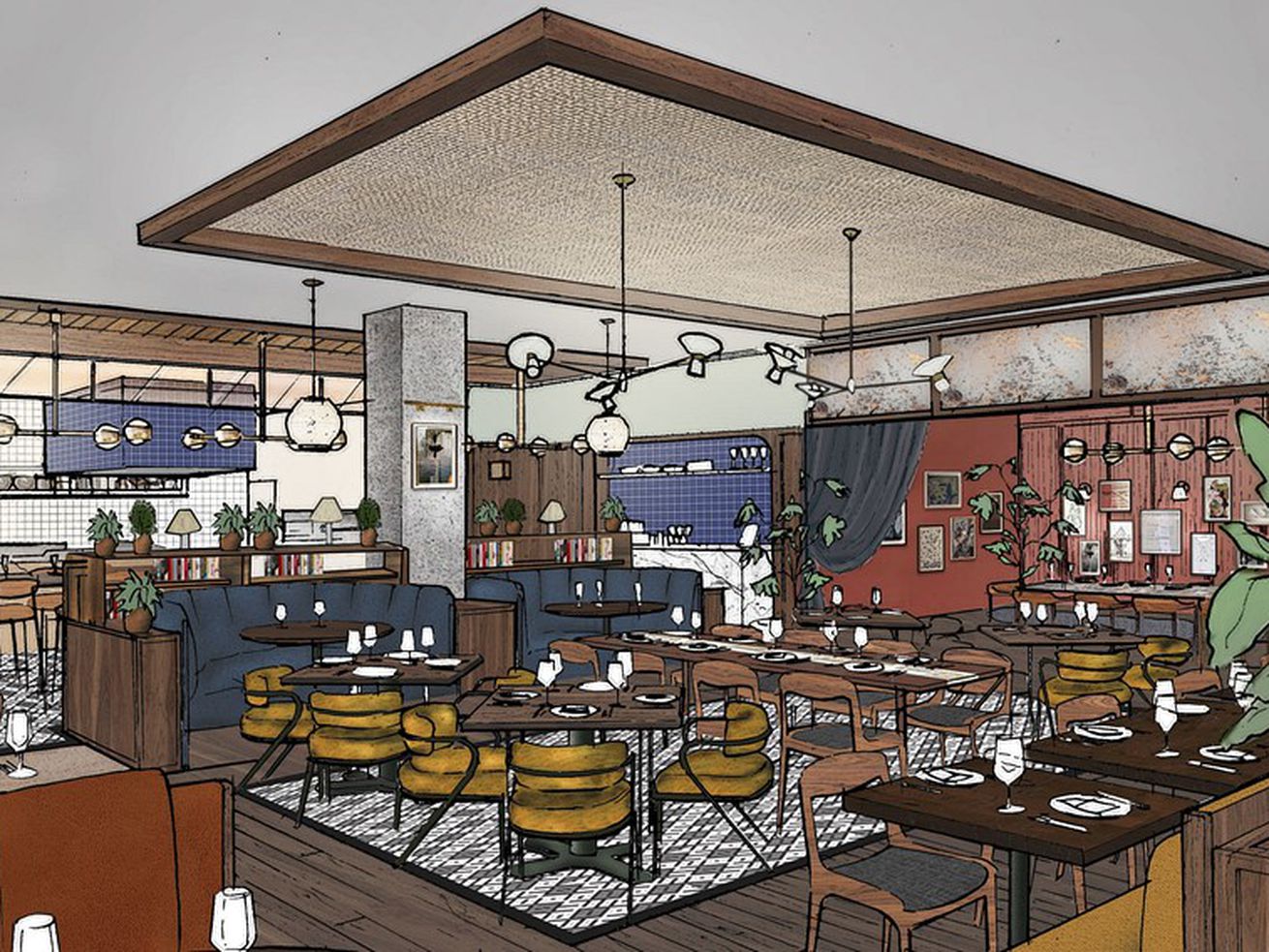 Cira and Cafe Cira are slated to open this spring when the rest of the hotel debuts at 200 N. Green Street. It will be a 200-seat restaurant serving breakfast, lunch, and dinner. A Turkish breakfast isn’t something Chicagoans see too much of, and that’s something Pandel’s gearing up to serve. Imagine a flatbread or the Turkish version of a bagel with homemade jam. He’s also working on an egg dish which he compared to one served at a Jewish deli. It’s like scrambled eggs with warmed up beef salami.

Boka is one of the city’s most successful restaurant companies, and they’re once again enlisting their friends. AvroKo, which has designed Boka restaurants like Momotaro, Duck Duck Goat, and Somerset, is working on Cira. Right now Pandel said it’s full of blues and visitors can see out to Lake Street through the windows; the restaurant will sit at the corner of Lake and Green. There’s an open kitchen with a wood-burning grill. Pandel and his staff, they’ve hired Jacob Saben (The Publican, Momotaro) as chef de cuisine, will use the hearth for whole fish. Pandel described a whole turbot prepped with an herb sauce. They’re still working on the menu, drawing from North African, Italian, Spanish, French, and Turkish influences.

While Pandel couldn’t provide an update on Balena, the fire-damaged restaurant in Lincoln Park, fans can take solace that Cira will serve pastas. Pandel wants to give customers reliable dishes like cacio e pepe and challenge them with items like a Turkish-style dumpling (manti). Pandel didn’t have info on the desserts. Kristine Antonia (Cherry Circle Room) is Cira’s pastry chef.

Pandel is very excited to be cooking Mediterranean food. And with Boka restaurants in Wrigleyville and Fulton Market, he’s not showing any signs of being tired.

“This is a joy for me,” he said. “I’m incredibly happy with what’s going on.”

There’s no word, but the Hoxton’s website also mentions a basement piano bar. Perhaps Boka has another announcement up its sleeves.

The Tribune first reported the story.