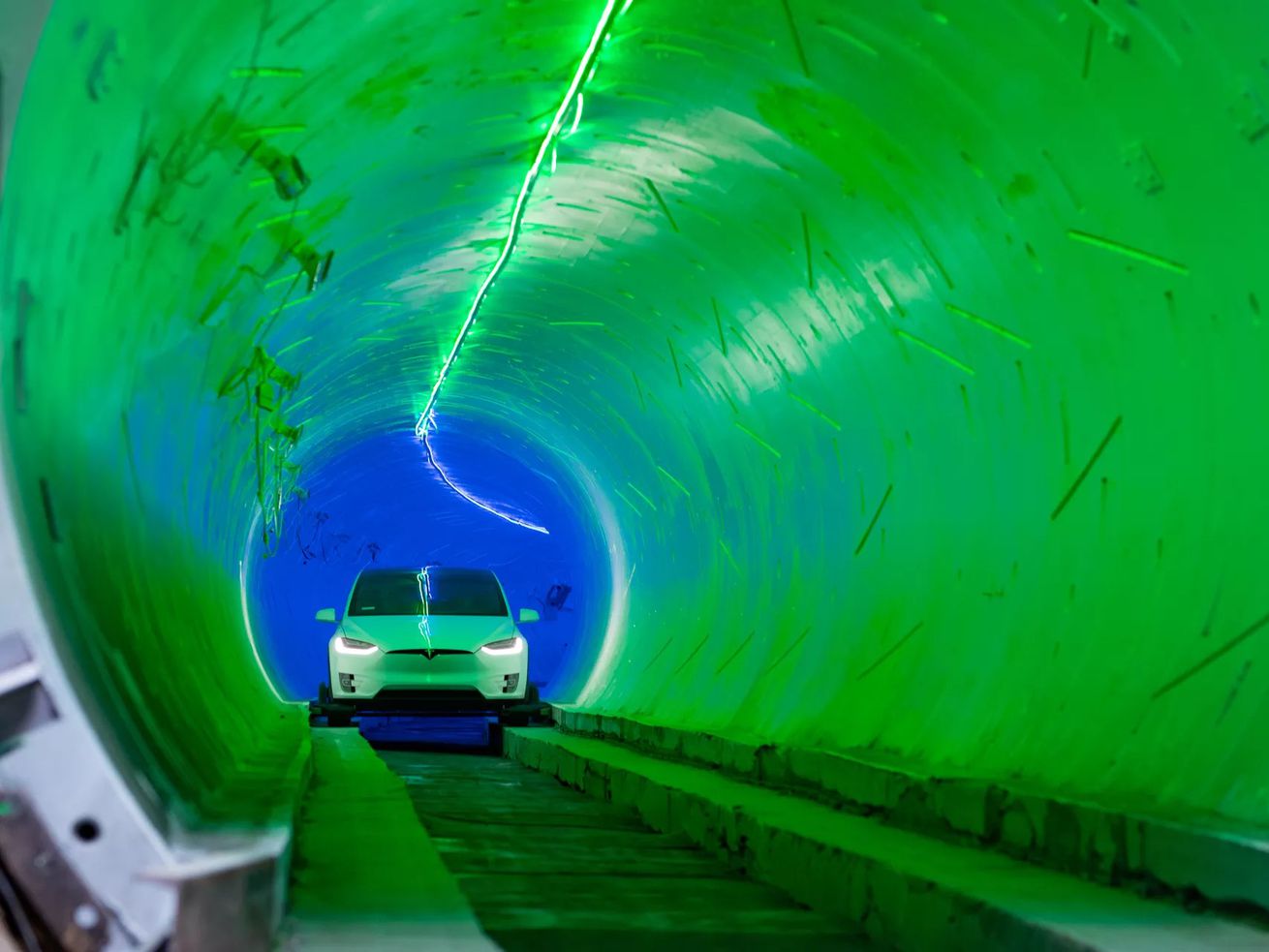 On Tuesday in Hawthorne, California, Boring Company boss Elon Musk hosted the first public demonstration of “Loop,” a subterranean transportation system that will form the backbone of the company’s proposed high-speed link to O’Hare International Airport—and several Chicago officials were there to take a ride.

Among the Windy City delegation were alderman Gilbert Villegas, Matt O’Shea, and Carrie Austin. Joined by groups of journalists, investors, and celebrities, the elected officials zipped through the Boring Company’s 1.14-mile-long demonstration tunnel, located some 40 feet below the surface.

“It looks OK but there has to be a lot more questions answered before we can begin a type of project like that,” Villegas told the Chicago Tribune after a Tesla ride through Musk’s colorful underground test track.

Musk called the car on the track a “rail-guided train” on Twitter. Curbed’s Alissa Walker compared the project’s latest car-based solution to “an underground highway for Teslas.”

The 18-mile-long O’Hare express, which has also been referred to as the “X Line” or simply “the X,” will cost $1 billion to build, according to Boring Company estimates. Its construction and operation will be financed entirely by the company, Mayor Rahm Emanuel assured nervous Chicago taxpayers at a June press conference. But many are approaching project, its technology, and claimed price tag with skepticism.

Back in Chicago, the Boring Company’s O’Hare Loop is halfway through its environmental review. Once complete, the matter will go before the Chicago City Council for consideration. It is likely that Mayor Emanuel will push hard to the get the ambitious transportation system approved before he departs office in May.

In addition to the Chicago project, Musk plans a “Dugout Loop” to LA’s Dodger Stadium as well as a tunnel connecting Baltimore and Washington D.C. A proposed tunnel meant to shadow LA’s Sepulveda Boulevard was recently abandoned after facing a lawsuit from local community groups.

In July, the Boring Company tweeted a photo showing a piece of a tunnel boring machine. The image was captioned “Getting ready for Chicago.”

Getting ready for Chicago pic.twitter.com/FDk6jOGlQ3