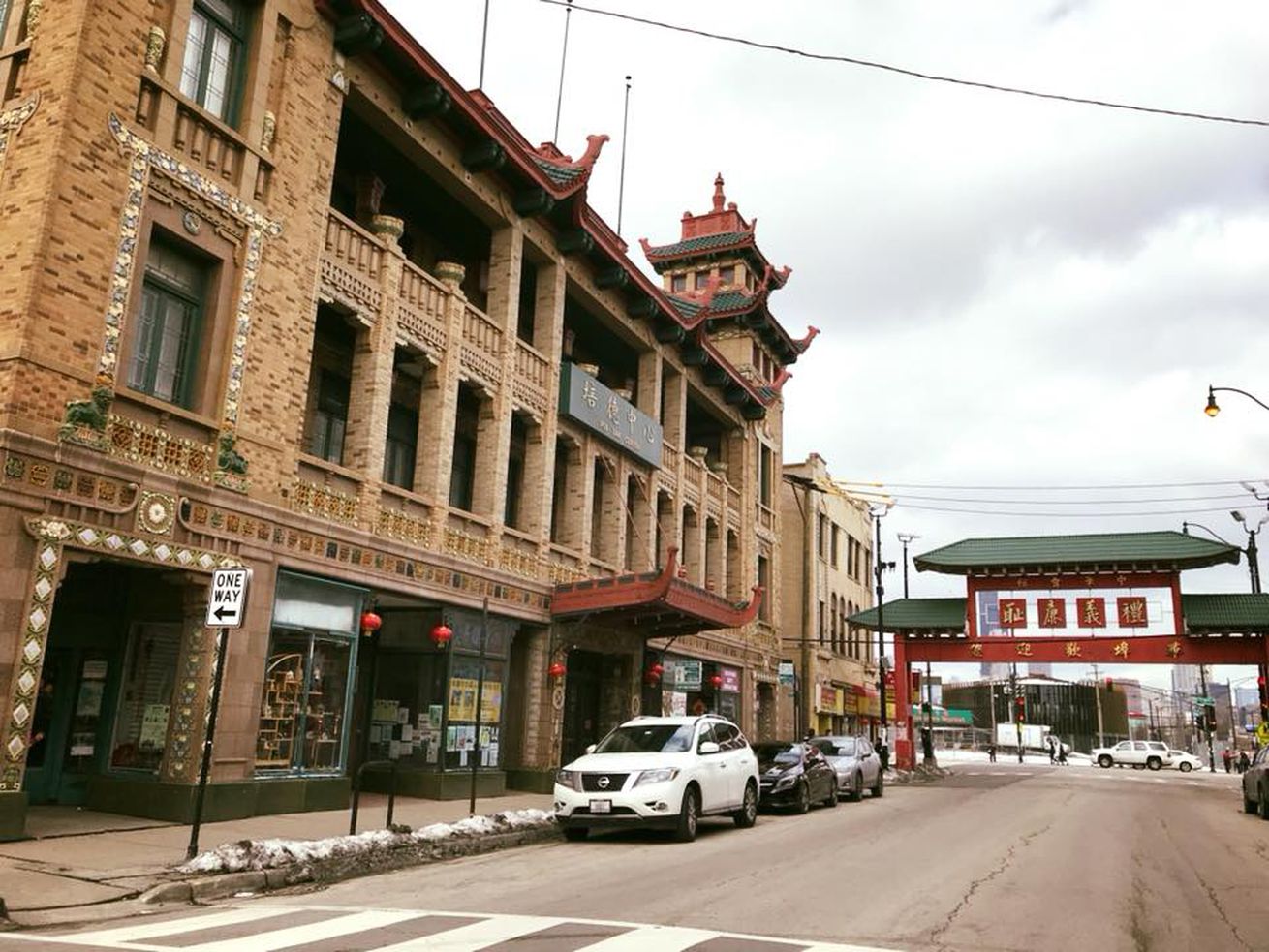 That Chicago magazine piece wasn’t courageous, it was infuriating

On Tuesday, Chicago magazine caused a stir with a piece that declared the city’s once-vibrant dining scene had lost its luster. While detailing his perceived crisis, the writer John Kessler attempts to summarize the major issues into five points: 1) a need for better seasonal cooking, 2) problems with international cuisine, 3) the increasing predominance of big restaurant companies, 4) a lack of innovative street food, and 5) the city’s chronic cheerleader mentality. Further evidence, he says, is the fact that the city experienced a rash of restaurant closings in 2017 while Chicagoans took home just one award out of six Beard Award nominations.

Many — mostly white — writers hailed Kessler’s essay on how to fix the Chicago dining industry as the bitter medicine Chicago needs to cure itself. There were notable dissenters. As a native Chicagoan, I found the essay maddening; I’d rather have malört. Particularly odd was the section on “immigrant cooking.” Of Chicago’s historically international districts, Kessler had this to say;

“Not that I haven’t enjoyed exploring Argyle Street, Devon Avenue, and Chinatown, but man, they all feel so tired.”

That felt like a sucker punch to the already systematically marginalized immigrant communities of Chicago. As a child of two immigrants, I count myself as a member of this group. Immigrant cuisine is survival cuisine — one that isn’t designed to be fetishized by Instagrammers. Asking for better options is understandable, but it’s ignoring the why that kills me.

For instance, where was the admission that a more diverse food media is the solution to many of these problems? The piece — and especially the Internet banter that followed — only hammered self-preservation from a white savior perspective, taking up space, and further erasing a chorus of dedicated non-white voices. Where’s the call for real estate developers who avoid working with non-white chefs to step up? Where’s the acknowledgement of the challenges “immigrant cooks” face?

Kessler failed to clearly define “immigrant cooking,” and it feels like it’s just a stand-in for food not cooked by white people. Parts of the ensuing Twitter conversation loosely defined “immigrant cooking” as family-owned neighborhood restaurants away from downtown. They can’t afford PR, or maybe they don’t speak English (how many food writers are bilingual?), thus they remain hidden gems. This pigeonholes immigrants and has twinges of Andrew Zimmern’s Lucky Cricket controversy all over again: Zimmern unfairly maligned Philip Chiang, the co-founder of national Chinese-American food chain P.F. Chang’s: “Because, despite how he looks on the outside, he’s a rich, American kid on the inside, right?” Zimmern’s much-discussed Fast Company interview diminished Chiang’s experience as an immigrant and forced the narrative that class trumps race.

S.K.Y. chef Stephen Gillanders, whose mother is Filipina, texted to me on Tuesday, calling Kessler’s description of immigrant enclaves “extraordinarily ignorant and disrespectful.” It took a lot of effort to adapt immigrant food to make it acceptable to the American palate over the past decades, including steps like cutting down the use of spicy chiles for different palates. Kessler is moving the goal posts by expecting immigrants to adapt their menus again to meet the standards of food writers in want of a new experience.

Chicago’s segregation is certainly legendary, with the North and South sides divided by class and race. To keep it stereotypically simple: The North Side is white, the South Side is black. The West Side rarely gets acknowledged. There’s less new construction on the South Side, and even when a new restaurant opens, often it won’t receive as much coverage. There’s definitely room for improvement at Eater Chicago. Elsewhere, when Chicago’s first location of fast-casual Middle Eastern sensation Halal Guys opened in 2015, a reader sent me a message wondering why it opened near Rush Street — a central Chicago neighborhood full of tourists and bro bars — and not in an area more frequented by Muslims. While pocket communities can be found elsewhere, the general unsaid agreement is Muslims should be relegated to Rogers Park along with South Asians on Devon. Chicago’s Mexicans are supposed to live in Pilsen, the Irish in Mount Greenwood, etc. And they’re supposed to stay put, keeping their food within their borders.

Consider the story of Imperial Lamian, the posh River North Chinese restaurant that opened two years ago. Before opening, CEO Vincent Lawrence said a Downtown real estate agent asked him if he intended to “bring Chinatown to this beautiful area.” Chinese food is supposed to smell bad and Chinese goods are cheap. The message was essentially that dirty Chinatown had no place in tony River North.

Segregation is further belabored by public transportation. The CTA Red Line doesn’t properly serves the South Side, it doesn’t even serve Hyde Park, home of the University of Chicago. This punctures an affordable way to travel without a car. But change could finally happen.

Traditionally, Chicagoans have tremendous neighborhood pride. They argue about boundaries (“it’s North Center, not Lincoln Square”). The city has adopted “the neighborhoods” as a talking point when broaching improvements and money spent on places other than downtown. Politicians constantly tell their constituents how much they “have to help the neighborhoods.” As the host of the Beard Awards since 2015, the added attention to Chicago’s restaurant scene was supposed to trickle down to neighborhood restaurants. But pieces like Kessler’s make you wonder what are those benefits.

Meanwhile, the city also isn’t offering tax breaks to the South Side like they do on the North Side. See Lincoln Yards, a $5 billion plan near Lincoln Park that includes restaurants on the site of a former steelyard. Sterling Bay is the driving force behind the development, and its restaurant division, Four Corners, is lined up to run restaurants inside Lincoln Yards. It stands to benefit from tax breaks if approved. On a smaller scale, aspiring South Side restaurateurs are forced to jump through hoops when applying for community grants.

Kessler asks where the new restaurants from second-generation Americans are — the ones with “cooler designs, better drinks, and ramped-up food that both honors and transcends the cuisines of their families’ homelands.” I can see where he’s coming from as I wonder when Chicago’s going to see its next wave of contemporary Indian food. Where are the Gymkhanas — London’s Michelin-starred restaurant that features venison-stuffed naan and a biriyani with mushrooms and truffles? Where are the places like Rooh, the San Francisco restaurant with imaginative spiced cocktails and modern spins on classics? Rooh is actually arriving in Chicago next year on Randolph Street in the West Loop. They’re part of a quartet of modern Indian restaurants opening in 2019. How closely is he paying attention? (Kessler even snubs the White Sox, the city’s South Side baseball team, when he only mentions the North Side Cubs. Join the club.)

Coming from Atlanta, Kessler has spent three years in Chicago. I’m not going to fall into the commonly laid trap that non-native Chicagoans can’t have opinions, but I’m here to say that not everyone shares the opinions he sets forth in his piece. In an interview with Eater about his reaction to the article, Kimski chef Won Kim compared Kessler to Christopher Columbus: “It’s him proclaiming what is and isn’t because someone gave him a small per diem and a platform to speak on.”

Some Twitter conversation has focused on organizing an event to showcase restaurants that don’t get enough exposure. The city does have an event, it’s free and it’s called Taste of Chicago. The 38-year-old Taste has wasted potential. It’s like an invitation downtown for groups who are often marginalized. But it’s also a favorite target for snobby food writers who don’t realize the summer festival’s worth in bringing the community together. The city could go further though: Lower the cost to participate and have a committee of food writers help select interesting vendors. And definitely don’t segregate “immigrants cooks” by putting them into a separate area of the festival.

Calls for improved media coverage aren’t anything novel, and Kessler has since added more explanation to his words. But for writers of color, issues of representation aren’t optional, they’re the very reasons we write in the first place. It must be nice to casually parachute in and point out issues we already discuss and address in our stories.

People of color do wish they could snap their fingers and overcome the challenges in front of them. This city’s segregation and racism have been simmering for decades. But without an honest conversation — unlike the Chicago essay, which includes codified language that infuriates marginalized people — we’re all relegated to eating the same bland stew. And so goes the supply of your precious “immigrant cooking.”