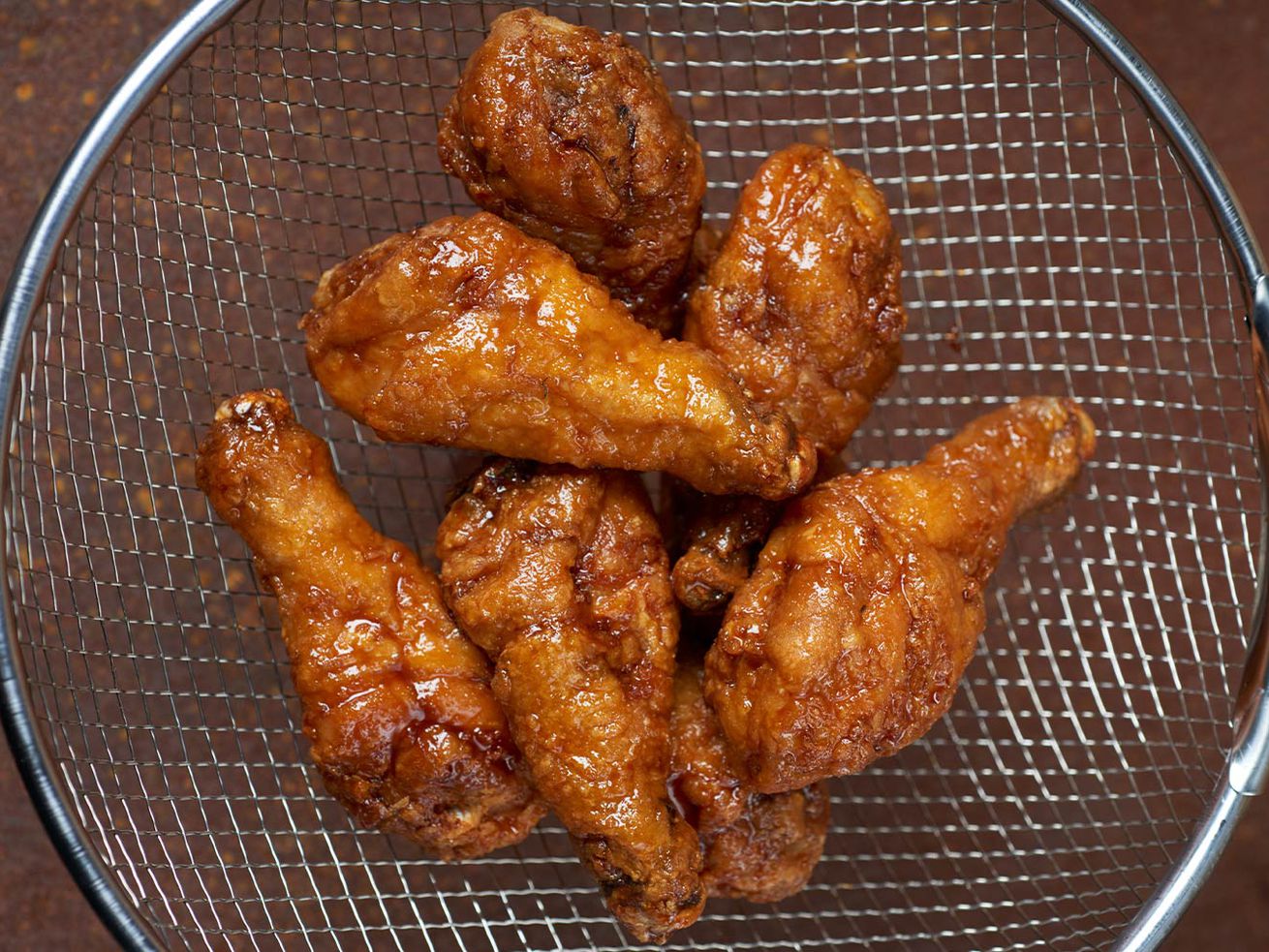 The signage has been up for almost a year, but it’s finally wing time in Wicker Park as Bonchon — the Korean chain that opened its first Chicago location last year in Chinatown — will open on Thursday on Division Street. While known for Korean fried chicken, the chain also serves bimbimbop, bao, tacos, and more. The new location, 1732 W. Division Street, also has a full bar while neighboring longtime Polish dive bar Zakopane.

Bonchon will open at 4 p.m. on Thursday, co-owner David Cheng said. This location is new construction with room for about 100 people inside nearly 4,000 square feet. There are four TVs behind the bar where staff will serve 10 to 12 beers, wine, and soju. Four more TVs are scattered throughout the space which holds 20 tables. Ownership is still working on its liquor license, so it’s BYO to start. Cheng’s hopeful they’ll begin serving booze later this month.

Wicker Park will mark Bonchon’s 65th location, as the chain debuted 16 years ago in South Korea. Customers can season the crunchy chicken — which comes as wings, drums, strips, or boneless wings — with their choice of soy or spicy glaze. The options are flavorful but the level of spice doesn’t pack an abundance of heat. In other news, the boneless wings are really wings, Cheng said. They’re not glorified chicken nuggets, like those served at some other restaurants. He said workers do remove the bone.

Cheng said Bonchon hopes to open about 10 more locations in the state. A suburban Schaumburg location should open later this month and there are plans for a Champaign neighborhood spot near the University of Illinois.

Customers lined up out the door in July 2017 when Bonchon opened in Chinatown. Will it happen on Thursday in Wicker Park on Division?

Find out tomorrow when Bonchon opens its third Chicago-area location at 4 p.m.