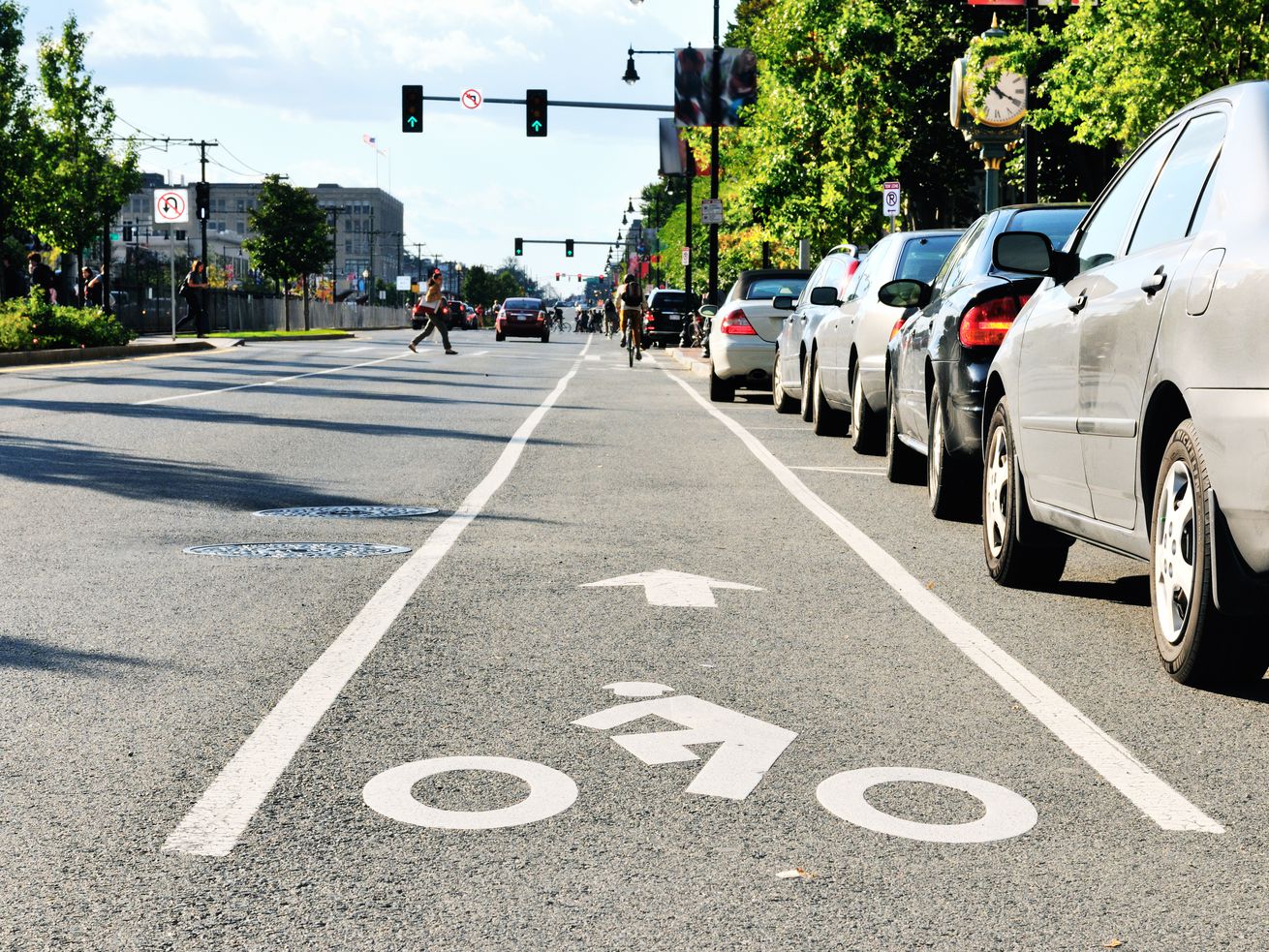 Chicago is known as a bike-friendly city, but that didn’t mean much to Christina Whitehouse, creator of Bike Lane Uprising, when a seemingly oblivious trucker dragged her underneath the car’s back wheels back in 2016. After managing to pull herself out to safety and confronting the driver several blocks away, she discovered the driver knew what had happened but had kept driving.

The rage she felt about how vulnerable bikers were in the face of such callousness motivated her to start Bike Lane Uprising a year later. The organization’s goal is to ensure bikers can protect themselves whenever vehicles threaten their safety.

City officials have quickly come to appreciate the information produced by Bike Lane Uprising, a web-based reporting platform where volunteer users report bike lane obstructions all around the city. Detailed monthly reports of where bike lanes are most often blocked, as well as documenting repeat offenders, gives the city useful data that could result in meaningful safety improvements for bikers.

“Instead of the city and alderman getting thousands of complaints from constituents, they’re getting access to one dashboard view of maps and heat maps and a data analysis,” Whitehouse says. “As I’ve begun to build relationships around the city, the one thing I think everyone notices is that we’re not just pointing fingers, we’re trying to identify ways we can actually be a part of the solution.”

Whitehouse has already presented collected data to a number of city officials, including the Department of Transportation, the Department of Finance, and several alderman. According to a presentation posted on their website, one year’s worth of collected data found one license plate recorded 15 times, with 108 license plates reported more than once.

By making it easy for bikers to get involved and begin reporting problems they experience on the road, Bike Lane Uprising reduces the barrier to entry to ensure city streets are safe for riders, producing actionable information for officials who can advocate for changes such as protected bike lanes.

After registering with Bike Lane Uprising, bikers are given a profile through which they can submit problems. Users are asked to post a photograph of the impeding vehicle, a location, the type of vehicle, and any other relevant information. Collecting such data in this way makes sure the information is accurate and meaningful, while also determining whether particular hot spots require either greater enforcement of existing laws, or better street design to protect bikers.

“A lot of bike lanes are just painted or sharrows, so I think this is allowing us to see how effective the designs are,” Whitehouse says. “It’s also showing some of where cyclists are using the bike lanes a lot, and where they’re seeing the most egregious obstructions, and then also from the data we’re able to see some trends.”

The platform isn’t above old-fashioned public shaming: egregious examples of trash trucks, city employees, or work vehicles blocking bike lanes on busy streets often end up on Twitter, with scathing commentary demanding that those responsible are held accountable for their actions.

Hey @ChicagoDOT do you know if this was actually a permitted work site? @ComEd & @ATT drivers parked illegally in the bike lane stated they had a permit to be in the bike lane. Even if they do have a permit, aren’t they required to put up a temp bike lane? #bikechi pic.twitter.com/BoEYd3GrXz

Still, Whitehouse knows that the magnitude of the problem is currently dwarfed by the ability to solve it.

“Getting more submissions, we’ve realized that the amount that we have versus what’s occurring out in the world are two very different percentages,” she says.

But as the website celebrates its first birthday, it can already point to a promising start. Bike Lane Uprising has already debunked some common concerns people had expressed about the types of situations in which cars were being reported.

“There’s been a lot of people who tend to play this devils advocate ‘Oh, where else are they supposed to park?’ and a lot of the times in the photos you can see an extremely ample amount of legal parking right next to where the cars were parked illegally,” Whitehouse says.

While she has focused her lobbying energies on Chicago officials, Bike Lane Uprising may soon have a much wider reach. Currently, users in 27 cities, including Toronto and Sydney, have begun documenting similar issues on their city streets, allowing for shared problems and solutions to be recognized in different areas. In the next year, Whitehouse hopes to make the process easier, increase the number of users, as well as build deeper connections with city officials.

“I never anticipated Bike Lane Uprising to grow this fast, I didn’t anticipate it growing outside of Chicago,” Whitehouse says. “I don’t know what this is going to be in two years, because it’s far surpassed my expectations this year.”