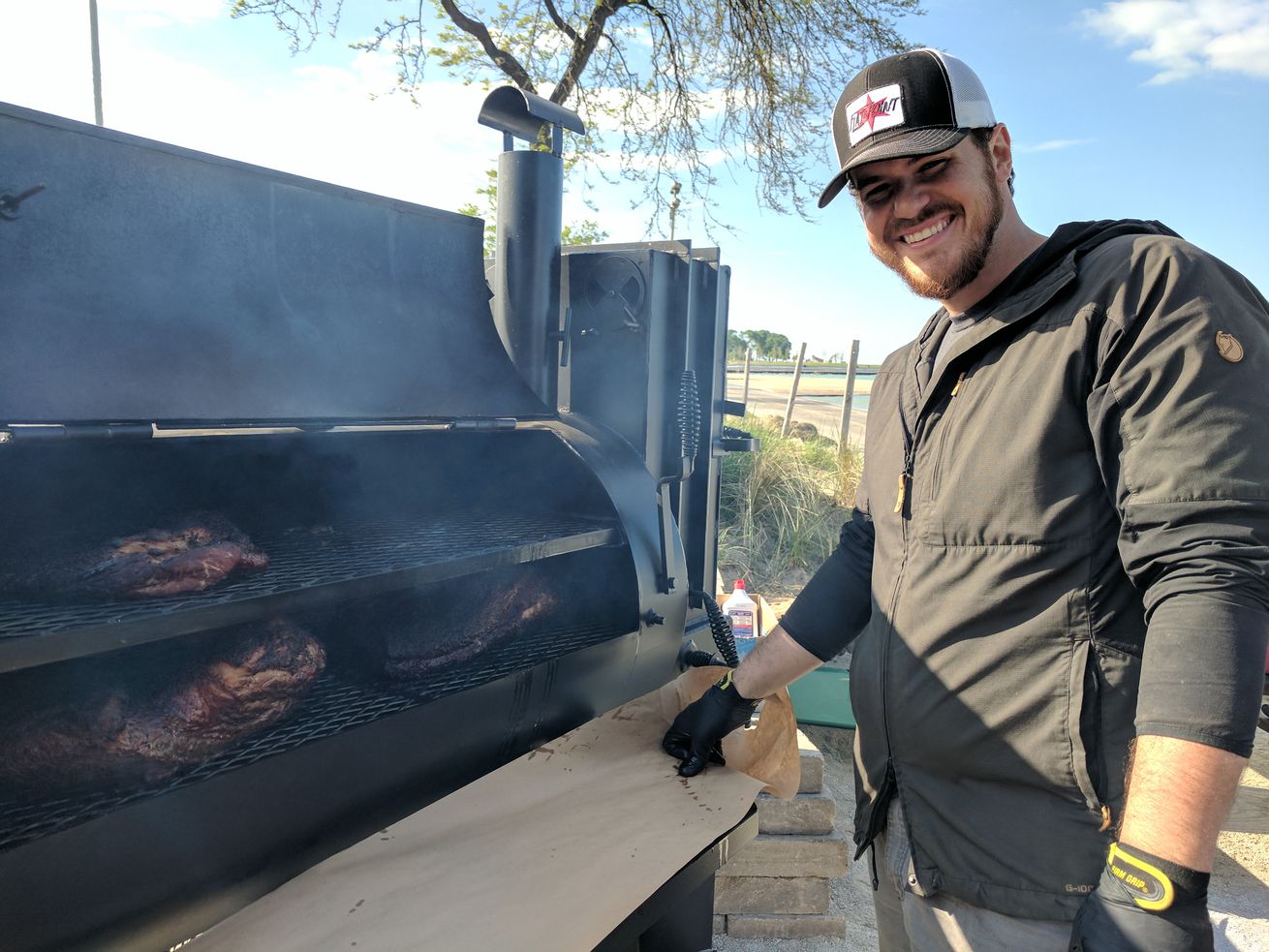 Next month, Logan Square should welcome a restaurant that blends Central Texas barbecue and fine dining techniques in a casual setting. Flat & Point is from Brian Bruns, a chef who’s worked the line at famous Chicago fine dining restaurants like Spiaggia and the since-shuttered Tru. Bruns hopes to open the restaurant either mid- or late-February at 3524 W. Fullerton Avenue.

“It shouldn’t have to cost you an arm and a leg to go to a restaurant where you’re paying for insane amounts of service or incredibly expensive plates and glasses,” Bruns said. “I’m trying to give you the same high-quality without the prices.”

The restaurant will be a 70-seater with counter service and room for sidewalk seating. For the past two summers, Bruns ran a seasonal pop-up along the beach between North and Fullerton avenues on the Lakefront Trail. The biggest lesson he learned is that Chicagoans have different ideas of what defines a barbecue restaurant. They don’t cling to a style or type of meat. That’s different as barbecue purists tend to be stubborn, stressing regional differences with a need for authenticity.

Armed with that customer knowledge, Bruns — a suburban Burr Ridge native — wants Flat & Point to incorporate many different ideas. He’ll have brisket, smoked for 10 to 12 hours with oak. But Bruns has two vegan sisters and he’s worked with them to figure out the best meat-free options. He’ll also offer charcuterie, braised short-rib pasta, lasagna with pulled meat, boudin with kimchi and pulled pork, and a French onion-style brisket poutine. Draft and bottled beer, wine, plus whiskey and bourbons will be available.

Bruns bought a 500-gallon, custom-made smoker from a company in LA. FatStack Smokers, like many others, were inspired by Franklin Barbecue in Austin, Texas. Beard-winning chef Aaron Franklin published a book four years ago with info on his smoker, and several parties have made it a business to make their own rigs using that information. Bruns said he found the FatStacks by flipping through Instagram photos. It was a 6 1⁄2-month waiting list, but he now has a smoker made from a converted propane tank.

The meats will come from Slagel Family Farms, and Bruns will buy whole animals — he’s mindful about limiting food waste. That means some days customers will find ribs on the menu, some days they’ll feature other cuts of beef and pork. He intends to keep six core items on the menu daily. If a customer wants a tasting menu of sorts, samples of the various items, Bruns wants to accommodate.

Taylor Bruns, the chef’s wife, works in event coordinating and will join the restaurant as the general manager. She’s also helping with the design. Expect tons of raw and reclaimed woods to go with the exposed brick. The space was a store but renovated for a restaurant operator. Brian Bruns said they grew frustrated, looking at as many as 200 restaurant spaces before finding the address on Fullerton. They considered moving out of Chicago.

Texas barbecue isn’t heavily sauced, relying on dry rubs. But Chicagoans have different expectations. Flat & Point will have classic mustard sauce, plus a Chicago-style selection that’s tomato based and sweet and tangy. Bruns likes heat, so they’ll also get creative with hot sauces.