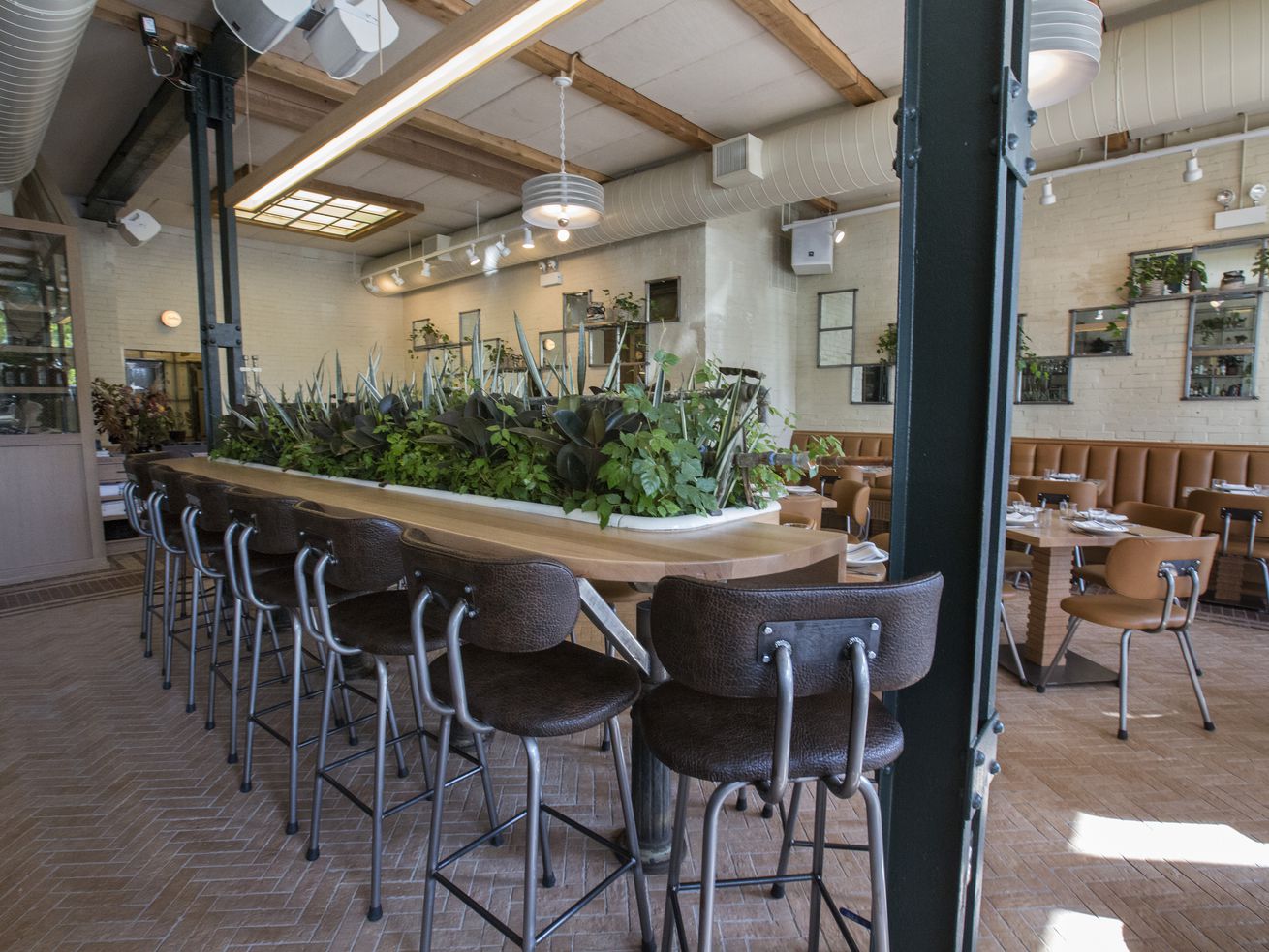 They’ve announced a series of fundraising events for workers

It’s been more than two weeks since a fire forced Bad Hunter, a two-year-old Eater 38 restaurant along the West Loop’s Randolph Restaurant Row, to close. No one was hurt, and the fire was contained to a chimney area in the back of the restaurant, said executive chef Dan Snowden. The dining area didn’t sustain much damage, but other areas did as firefighters extinguished flames on the night of November 20.

Snowden called it a “crazy chain of events” that led to the fire. It started inside a duct that flowed to the roof. “I was in the car, just getting home when I got the call about the fire,” he said. “I turned right around and high-tailed it back to the restaurant.”

Furniture needs cleaning and drywall needs replacing. Snowden said that they would restore the space quickly but was hesitant in providing a specific date. It sounded like the earliest would be February. However, nothing is ever simple when recovering from a fire. Just ask the owners of County BBQ, which should open later this month two years after a fire at the Little Italy restaurant. Another high-profile restaurant, Balena, has remained shuttered in Lincoln Park, more than a year after flames tore through the acclaimed Italian restaurant.

Bad Hunter is particularly popular with vegans and vegetarians with plenty of meat-free options. But as loyal customers await for the restaurant to reopen, Heisler is also focusing on taking care of Bad Hunter’s 70 or so employees. Some bartenders have picked up shifts at the company’s other bars and restaurants. Meanwhile, Bad Hunter has announced a series of events to raise money for its employees. The first event is at 5 p.m. on Sunday at Sportsman’s Club in Ukrainian Village. They’ll sell Bad Hunter merchandise and holiday cookies baked by Bad Hunter pastry chef Emily Spurlin.

Over at Lone Wolf, Heisler Hospitality’s beer bar that wasn’t damaged next door to Bad Hunter, they’ll fire up lunch service on Friday, December 14, bringing back Bad Hunter’s burger. The burger will be available on Fridays, Saturdays, and Sundays through the end of January. Then on Monday, December 17, Bad Hunter will serve the burger and spicy carrot cooler cocktail for $12 at Pub Royale, in addition to Pub Royale’s normal $10 burger special. Proceeds from all these events will go toward Bad Hunter’s tipped workers, Snowden said. Heisler will have more event announcements later in the month.

“It’s tough to be an employee when the basis of your livelihood is on tips,” Snowden said, reinforcing the flawed system of tipping in America. “We’re trying to raise as much money for them as possible.”

Snowden was complimentary toward the Chicago restaurant industry. The staff at Maude’s Liquor Bar, located west of Bad Hunter on Randolph, let Bad Hunter workers hang out inside the night of the fire and sent food over. Snowden has spoken with his former co-workers at One Off Hospitality for advice and support.

The No. 1 thing was no one suffered injuries. But Snowden had another piece of good news. Staff was able to salvage all the plants inside the restaurant. The greenery is a large part of Bad Hunter’s decor, and all of the plants are safely scattered at other Heisler properties.

Snowden found another silver lining: While they are shuttered he’ll have more time for R&D on Bad Hunter’s next menu. They’ll keep the burger and butter dumplings, but Snowden’s looking forward to a revamp.