At Lightfoot inauguration, developers were called out for lack of affordable housing 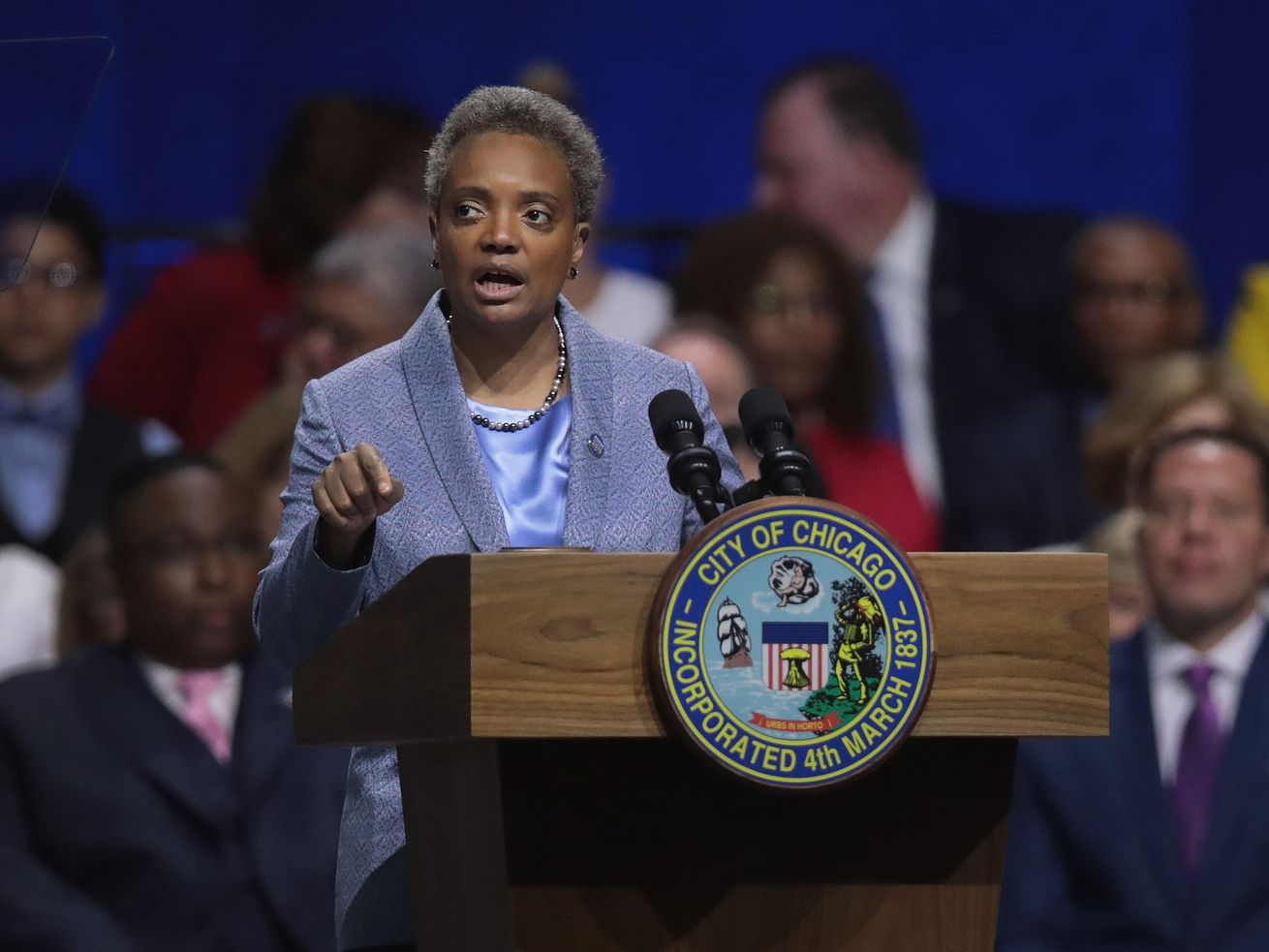 During her inauguration speech on Monday, new Mayor Lori Lightfoot was “humble and hopeful,” but also fierce. She called for safety in every neighborhood, demanded more affordable housing, and prepared Chicagoans for a tough road to solvency.

After the ceremony, her first order of business today will be to sign an executive order ending aldermanic privilege and shady backroom deals—quickly addressing a major campaign objective. “Alderman will have a voice, but not a veto,” she said at the inauguration.

At the ceremony, 50 alderman (12 of them new), Treasurer Melissa Conyears-Ervin and City Clerk Anna Valencia were all sworn in at Wintrust Arena.

Lightfoot spoke for about 45 minutes and began with a call for Chicagoans to work together. She talked about people she met across the city: A southeast side resident pleading for more jobs, homeless LGBTQ kids, a father worried about gun violence, and immigrants living in fear of ICE.

“We should never forget that these are the people who got us here. We are each other’s business and standing up for them is our business, our only business,” Lightfoot said.

The biggest challenge her administration will face is the epidemic of gun violence, Lightfoot said. She wants people to think of Chicago as a place where they can raise children and acknowledged the “mass exodus” of black communities which has “zapped our vitality.” Lightfoot promised that the reality of safety wouldn’t just be for wealthy. The new mayor has plans for an office of public safety, which will develop a violence-prevention strategy with the help of nonprofits, the private sector, religious leaders, recreation organizations and most city departments.

She reprimanded developers for ignoring the affordable housing crisis, saying they “cannot leave it to someone else anymore.” Lightfoot promised to build more affordable housing, including homes for families. Vacant lots and abandoned buildings should be transformed into vibrant, new communities, she said. She plans to protect residents, make housing code more flexible and eliminate red tape that prevents innovative housing solutions.

“Long term residents, whether they are homeowners or renters, should not be forced out of their neighborhoods when it goes through a period of transformation,” Lightfoot said.

Right now, Lightfoot has a team determining the scope of the fiscal issues and a range of solutions. She told the audience that there are going to be hard choices ahead and nothing will be easy when it comes to fixing the growing pension debt and large budget deficit.

More details on Lightfoot’s plan are illustrated in a 116-page transition report that her team released on Friday. Roundtable discussions with more than 400 people helped shape the report which covers neighborhood development, environment, housing, transportation, and other aspects of the city.

It’s clear from her fighting words on Monday that Lightfoot wants to come in strong and deliver the change she promised.

“It’s time for a new era of trust between the people of Chicago and the government that serves them.”