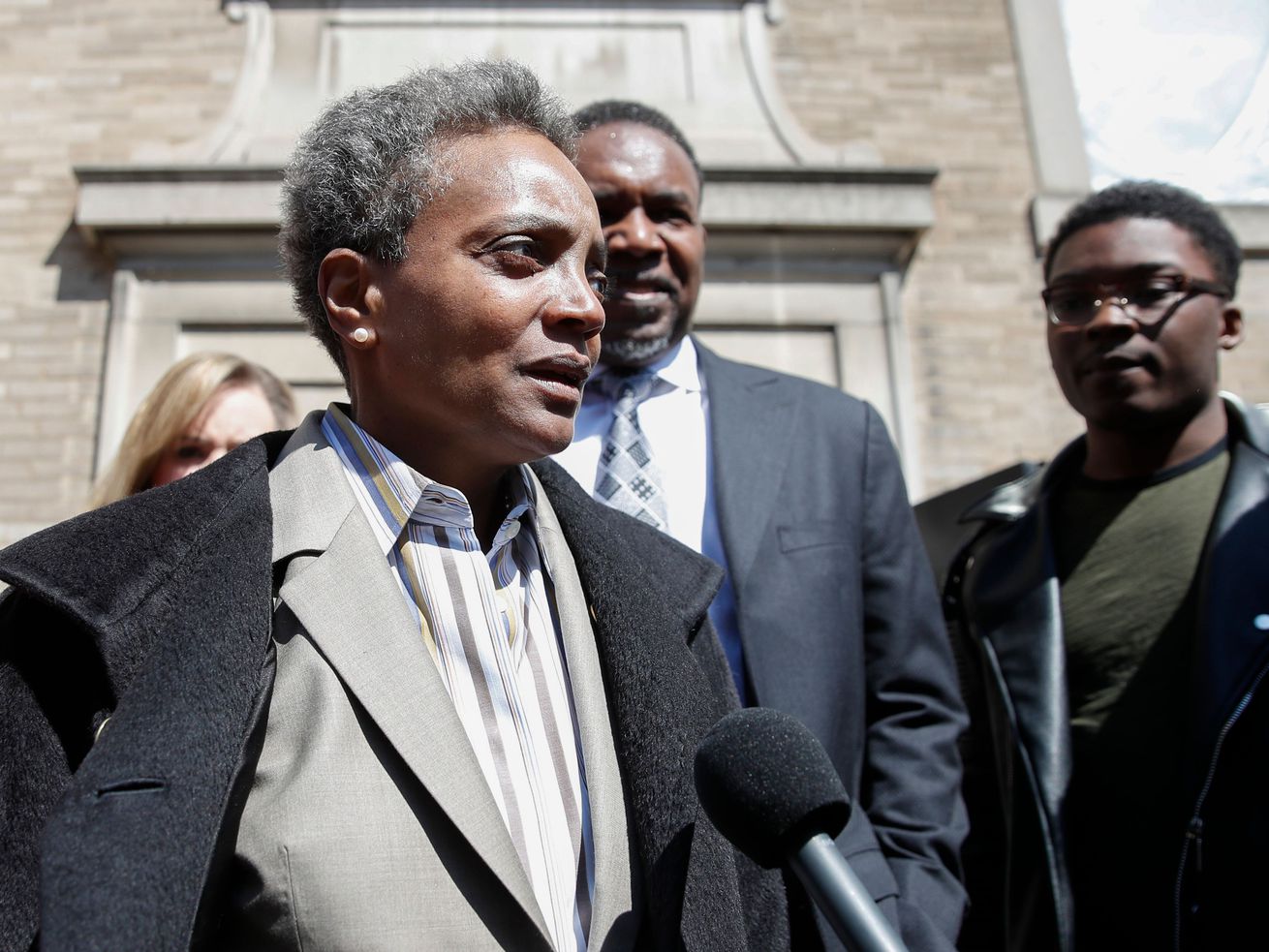 She showed her strength

The first City Council meeting with Mayor Lori Lightfoot proved she’s doing things her own way. There was no sign of a council war—the committee chairs were approved as a group by a voice vote with only a few nays.

At the meeting, the new mayor listened, took notes, and responded to residents at the mic giving public comment. She gave her attention to people who spoke about the lack of affordable housing, problems with new landlords, Lincoln Yards, and even greeted the outspoken City Hall regular George Blakemore.

She surveyed the chamber floors, noticing which aldermen had their eyes up during public comment. And, she didn’t let former Finance chairman Alderman Burke (14th) slow her down with an objection about the rules not being gender neutral. Clearly annoyed, she said: “I’ll take it under advisement,” which was met with loud applause from residents in attendance.

One of the newly approved rules require livestreams of City Council and committee meetings. It also demands aldermen with conflicts of interest must recuse themselves and all materials provided to committee chairs during a meeting are to be published online.

Other notable aldermen committee chairs regarding housing, development, and transportation include:

Only a few alderman objected to the new committee chair appointments, one being Alderman Lopez (15th) who said, “It’s abundantly clear you’re not trying to hear us.”

On her first day in office, the mayor signed an executive order significantly scaling back the veto power held by aldermen in regards to zoning. Aldermen will no longer be allowed to block development in their wards, although their input will be considered. The order will require a change to the city code, which also means a vote. There wasn’t much resistance today, but that could change with this particular matter.

In a press conference after the meeting, Lightfoot said:

Lightfoot has an ambitious 100 days ahead of her. Unlike other campaigns, she has a detailed, dense plan for nearly every issue including good governance, neighborhood development, housing, and transportation. If this City Council meeting indicates anything, it’s her determination to push forward and bring the reform promised.