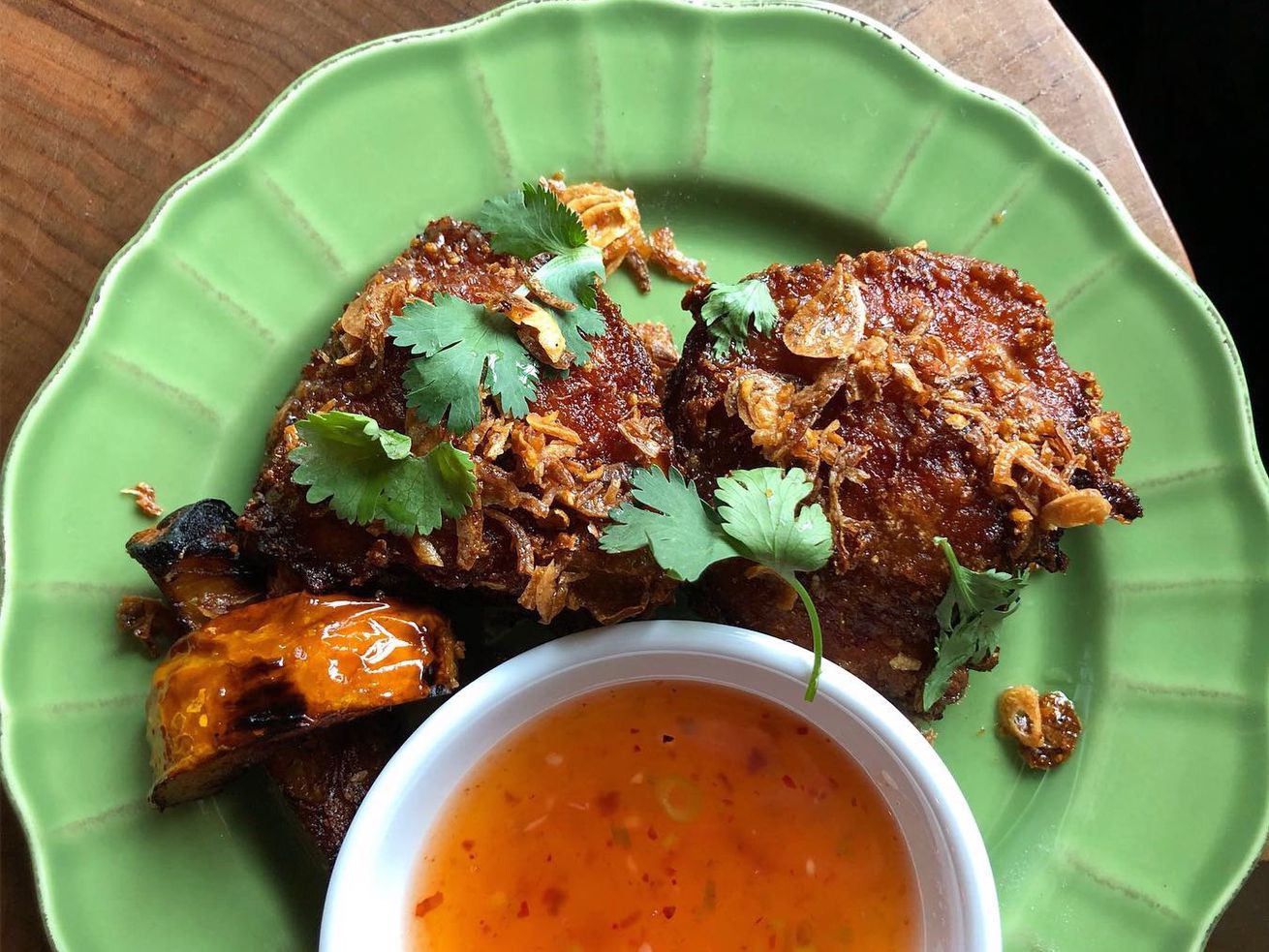 Back in March 2016, a fire burned through Lost Lake — one of the top tiki bars in America — and the bar’s workers were without a steady stream of income. While the bar was closed for only a few weeks, reopening in April 2016, the damage to the kitchen was severe and food service didn’t restart until August 2017. To help those workers without jobs, a campaign called Shiftease began, holding charity pop-ups at other bars to benefit Lost Lake workers.

When Lost Lake reopened, bar management wanted to continue the effort, but to pivot and help groups that support women and minorities like the Chicago Period Project. Shiftease’s next event is scheduled for Tuesday, May 28 at Lost Lake and will feature Asian-style fried chicken from some of Chicago’s top chefs to coincide with Asian Pacific American Heritage Month. The event will benefit KAN-WIN, a not for profit that helps victims of domestic abuse in the Asian community.

The fried chicken roster consists of chefs Jennifer Kim (Passerotto), Lorraine Nguyen, Fred Noinaj (Lost Lake), Zeeshan Shah and Yoshi Yamada (Superkhana International), and Tracey Torres. They’re calling it Asians Fry Chicken (AFC). View the menu, which includes Filipino popcorn chicken and fried ghee confit drumsticks, below. Noinaj is in charge of organizing next week’s event. He reiterated that these chefs all are involved in social justice in one form or the other, trying to make the industry better. Kim, Eater Chicago’s chef of the year, has been outspoken.

To this date, they’ve held 28 events, donating portions of drink and food sales to charity. Noinaj said they’ve raised more than $20,000 in all. They’ve tried to work with the organizations they’re benefitting, letting them know they’re holding events. Shiftease isn’t a registered charity, but perhaps that could change in the future. The Shiftease name is a play on “shifties,” the after-work drinks consumed by restaurant and bar employees.

“Each month is different, everyone will put a list of charities in front of us and we just go through the list, sometimes we pick two,” Noinaj said.

Last month they supported West Town Bikes out of West Town and Blackstone Bicycle Works in Englewood. The two groups have programs for at-risk youth to teach them how to repair bikes and even lead them toward becoming a mechanic.

The events have been mostly supported by workers in the restaurant and bar industry, but now Noinaj wants to broaden that base. They’ve established a social media hashtag (#SHIFTEASE), but have more or less quietly raised money over the last two years. The effort has worked with industry members like Dana Cree of Pretty Cool Ice Cream, Ian Jones of Kitsune, Valeria Taylor of Loba Pastry, and Adam Sisomboune of Lao pop-up Sao Song.

Chicago’s restaurant community has recently become more active with fundraising. Earlier in May, a fundraiser involving more than 70 restaurants brought in more than $18,000 for a domestic violence shelter.

Check out the menu below and visit Asians Fry Chicken on Tuesday at Lost Lake.