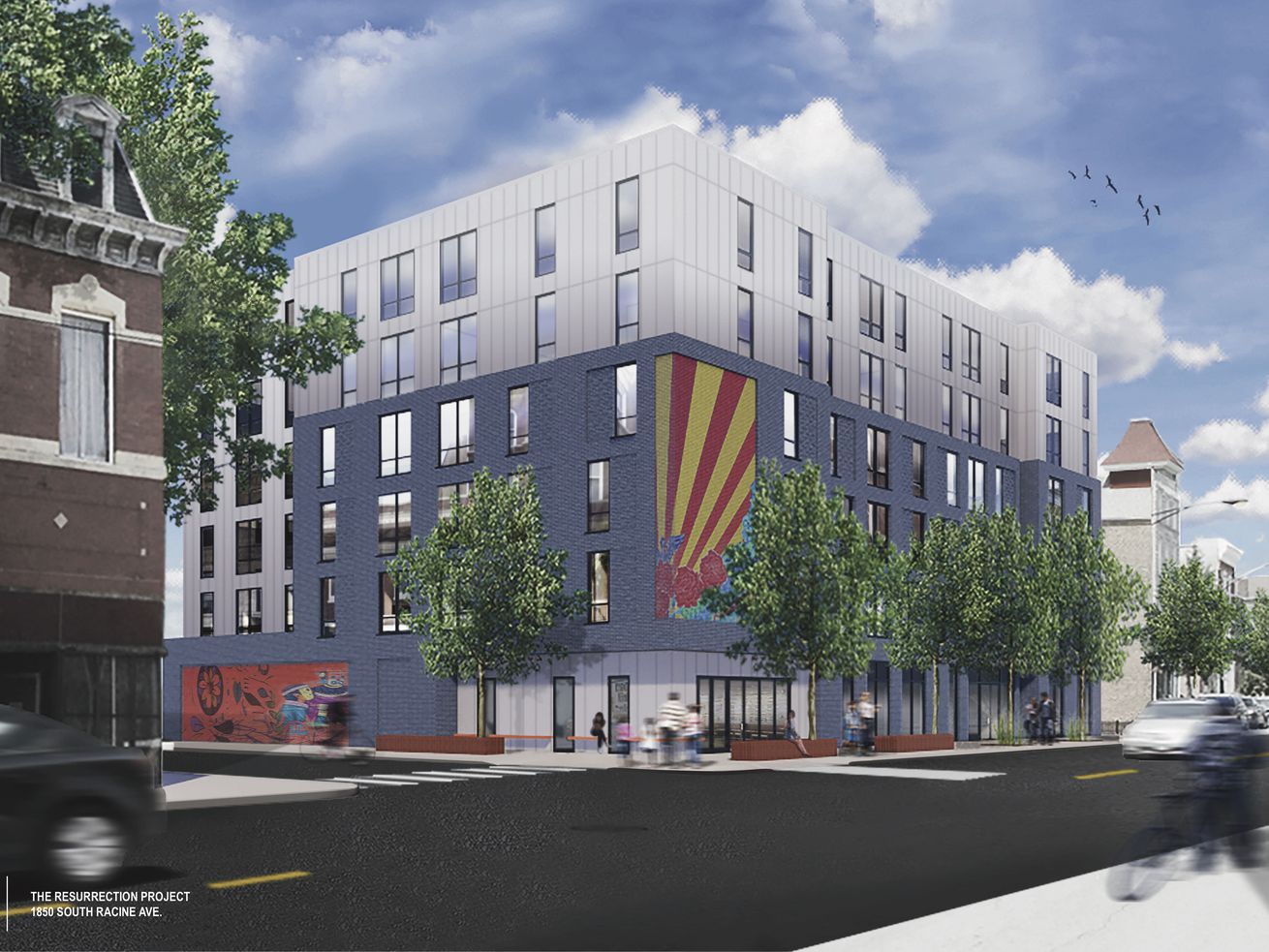 The six-story design calls for 45 units, a community mural, and 31 parking spaces

Pilsen-based nonprofit developer The Resurrection Project is partnering with the design team at Skender on a six-story, 45-unit modular affordable housing project at the corner of 19th Street and Racine Avenue.

Proposed for the former site of the Lil’ Einstein Daycare Center, the $20 million project hopes to ease gentrification pressures and resident displacement. It will offer a mix of one-, two-, and three-bedroom apartments at affordable-rate rents to individuals and families earning between $17,000 and $50,000 per year.

“The goal was to design something that is of our time, but still compatible and responds to the scale, rhythm, and materials of Pilsen,” architect Angela Spadoni, Skender’s director of residential design, tells Curbed Chicago.

Skender’s proposal features a brick and metal panel facade with punched window openings and a horizontal line that reference the other buildings on the block. The structure includes a first-floor community room for residents, a space for a prominent corner mural, and streetscape improvements including benches and planters, says Spadoni.

Despite its stated goal of slowing displacement in the gentrifying neighborhood, some Pilsen residents expressed concerns that the opposite would happen. Comments at a public meeting last week included concerns over an “out of character” design and fears that the building’s 62-foot height could set a precedent for larger market-rate developments in the future, reported Block Club Chicago.

“Height was the biggest concern, so we’re trying to see if there’s a way to lower the building and still make the numbers work for the client,” Spadoni tells Curbed. The design is already using a more affordable modular construction method from Skender’s 105,000-square-foot factory in Little Village.

The design team is also looking at warmer tones and other aesthetic tweaks to better incorporate the community feedback received last week. The changes will be presented at a follow-up public meeting at a date to be determined.

Alderman Byron Sigcho-Lopez (25th)—who was at the last meeting—has yet to take a position on the project, which will require a zoning change to move forward. The site’s current zoning allows a slightly shorter 15-unit building of market-rate housing.

“It’s always good to hear more proposals for affordable housing,” Sigcho-Lopez told the Chicago Sun-Times. “Our job is to make sure the process is transparent and reflective of what the community wants.”

If approved by the city and if financing can be secured from the Illinois Housing Development Authority, construction would begin in mid-2021. The development could welcome residents the following spring.

The proposal for 1850 S. Racine would be the latest in a string of Pilsen-area affordable housing developments from The Resurrection Project. Examples include the 45-unit Casa Querétaro project which opened in 2016 at 2012 W. 17th Street.