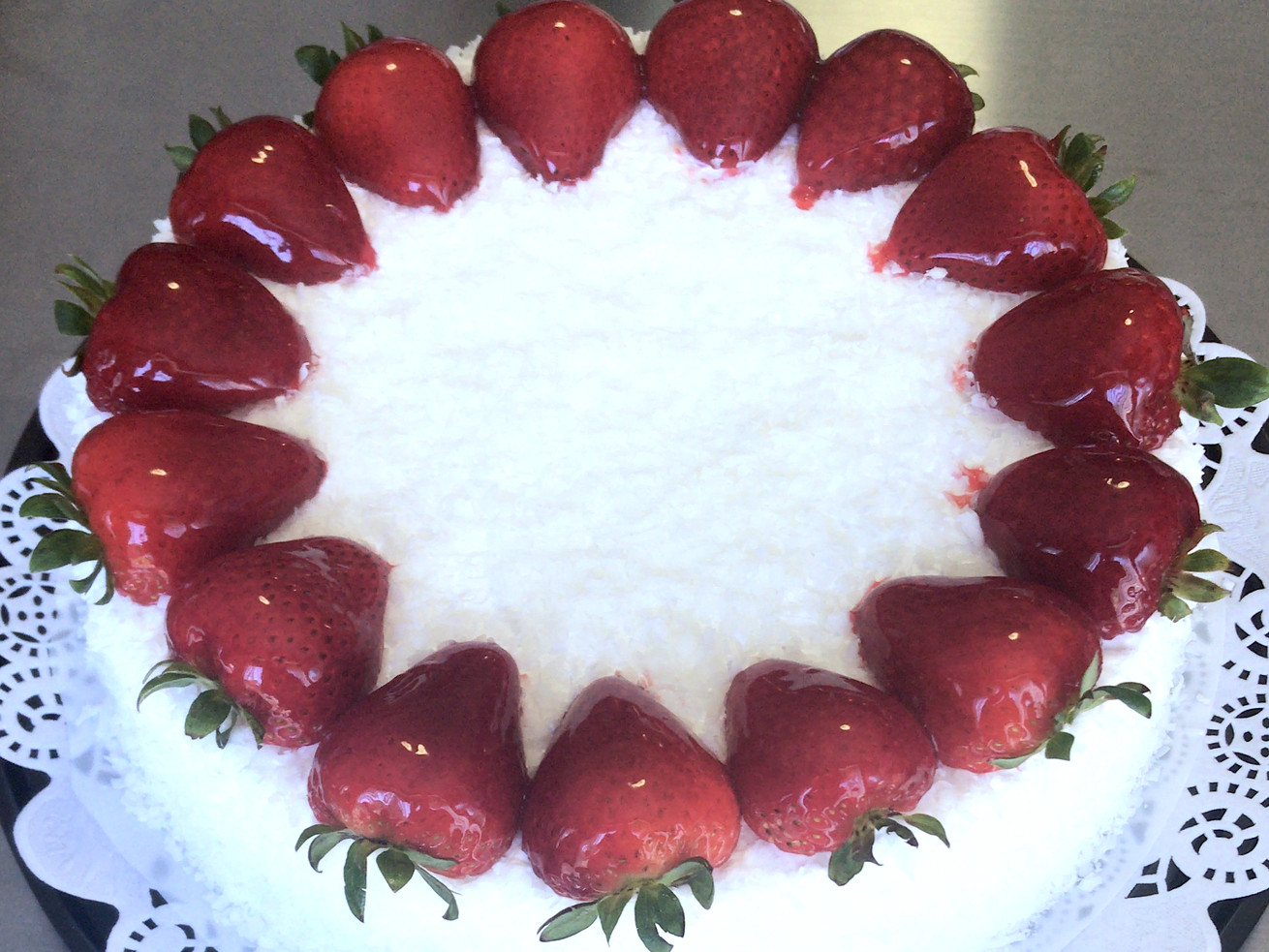 The founders of Kristoffer’s Cafe & Bakery — a popular Mexican restaurant that opened 15 years ago and is known for its tres leches cakes — have opened a new bakery in McKinley Park. Kristoffer’s Cakes focuses on desserts and coffee inside a comfy space about three miles southwest of the Pilsen bakery. It opened right before Thanksgiving at 1735 W. 35th Street.

Founders Carlos and Cristina Chavarria sold their original bakery in 2013 and moved to Weston, Florida to escape Chicago’s cold weather. They opened a bakery there, but Cristina Chavarria said the location wasn’t ideal and they weren’t as successful in the Sunshine State. They returned about a year ago to be closer to family. She has been working out of a commercial kitchen in the suburbs, supplying cakes to restaurants including El Cantón Regio.

Cristina Chavarria’s tres leches cakes have fans in Rick Bayless (Frontera Grill) and Diana Dávila (Mi Tocaya Antojería). Over the years, their endorsements have helped make Kristoffer’s a Chicago food landmark. Bayless once said that Kristoffer’s served the best tres leches he has ever had, and that includes cakes sampled during his visits to Mexico. Dávila orders tres leches cakes from Kristoffer’s in Pilsen to serve at her restaurant.

“I put in a lot of hard work to build up the reputation that my desserts have,” Cristina Chavarria said.

The traditional vanilla draws the most customers, but Chavarria said she’ll roll out more items. She wants to be more conscious of different diets, like veganism or keto. New items include a flourless chocolate cake, a carrot cupcake (Chavarria said she’s mastered the art of making a not-too-sweet cheesecake frosting), and a red velvet cake. Over the weekend, they unveiled a corn flan. The snow makes it hard for her to think about it, but when Chicago thaws out next year, Chavarria also wants to sell paletas. They’re pouring Intelligentsia coffees including one from El Salvador — Carlos Chavarria is a native.

The Chavarrias haven’t had much contact with owners of their bakery they founded. They didn’t want to open too close to the original, and they want to avoid any confusion. McKinley Park isn’t the first neighborhood a Chicagoan may think of when considering visiting a Mexican bakery; the demographics are a lot different from Pilsen, a Mexican hub in Chicago. But the new neighborhood has been welcoming so far, said Chavarria.

Pilsen changed drastically since the Chavarrias opened in 2003 on 18th Street. More and more restaurants are popping up, and that’s made Cristina Chavarria happy. “I’m really happy for all the business; it’s a good change,” she said. The new bakery will also offer delivery via GrubHub and DoorDash.

The space is split into two. The main area has six tables. There’s also a 1,000-square-foot back room that could be reserved for small events like church meetings and birthdays.

The Chavarrias named the bakery after their son, Kristoffer, who’s now 16 years old. Family plays a large part in the business. Cristina’s older sister, Bricia, has run a bakery for more than two decades in Cristina’s native Mexico, and their dessert recipes have been passed along through generations.

“We’re back doing what we do best,” Cristina Chavarria said.