A look inside the West Loop’s new bow-truss library 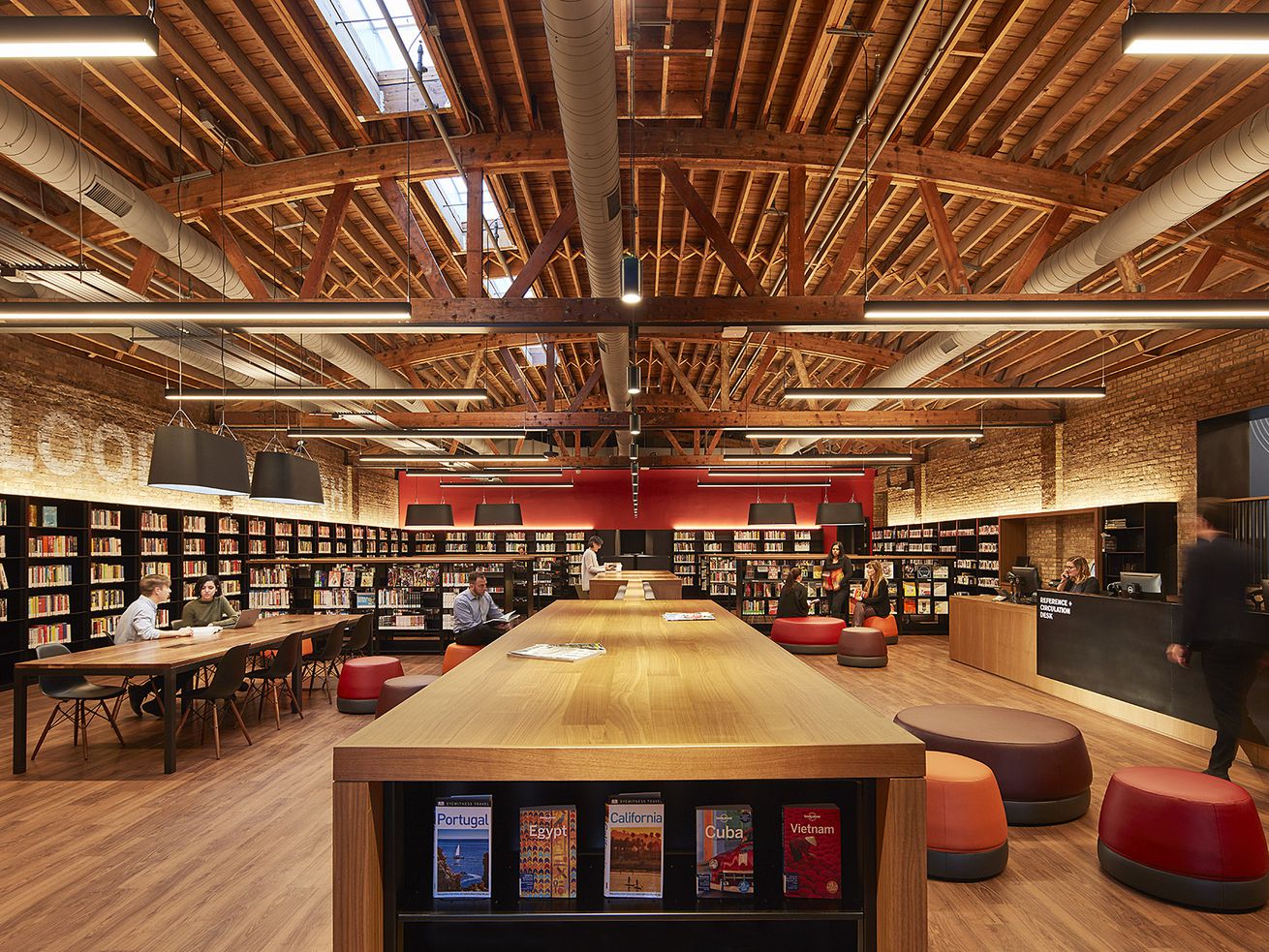 After years of unprecedented growth and development, the West Loop neighborhood finally has a Chicago Public Library Branch to go along with its new apartment towers, office buildings, hotels, and restaurants.

Located at 118 N. Aberdeen Street, the space occupies an old two-story building that was once part of Oprah’s Harpo Studios television production campus. As a fitting tribute, the building now serves a civic hub for the growing neighborhood that followed Oprah’s pioneering push into the Near West Side in the early 1990s.

The property itself was donated to the city by the prolific West Loop-based developer Sterling Bay—but not before the company shifted unused air rights from the parcel to its adjacent 16-story Hyatt hotel development at 113 N. May Street.

Behind its oxidized, weathered steel facade, the building’s old brick walls and overhead bow-truss construction are on full display. Designed by the Chicago offices of Skidmore, Owings & Merrill (SOM), the library blends historic and new, reflecting the same visual aesthetic that makes the West Loop so desirable to its residents, corporate tenants, and small businesses.

“The unique architecture and scale of the West Loop reflects a vital part of Chicago’s industrial history, while the growing residential and mixed-use character of the neighborhood points to an exciting vision of the city’s future,” said SOM design partner Brian Lee in a statement.

“By preserving the original building structure and carefully adapting it for the much-needed community library, the West Loop Branch is at the center of this Chicago story,” continued Lee, who also designed Chicago’s award-winning Chinatown Branch in 2015. “It creates a key neighborhood hub and serves as a warm and welcoming public destination for visitors from all parts of Chicago.”