A look inside The Cooper apartments, now open in the South Loop 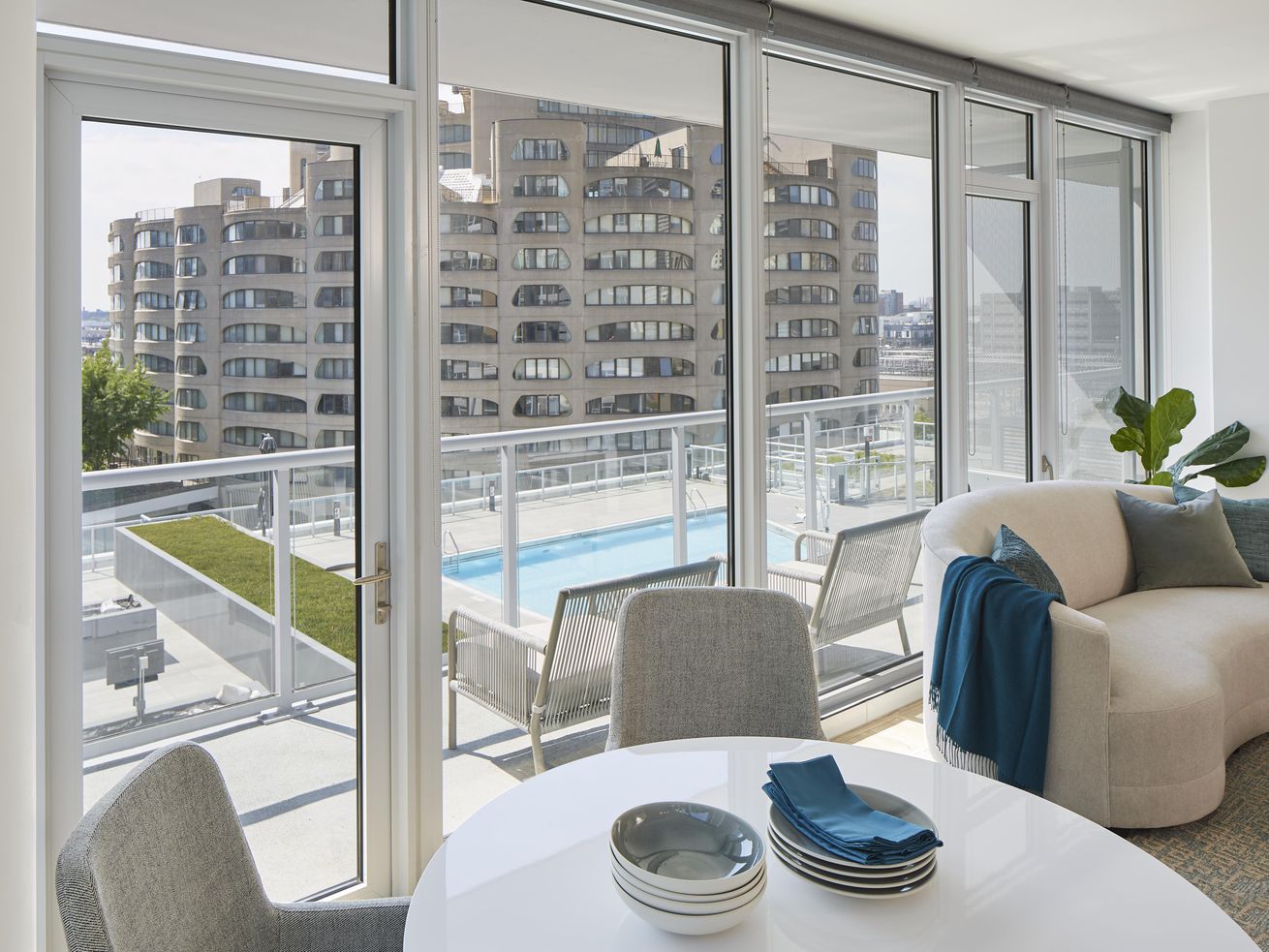 The Cooper, the first of five buildings planned for the multi-phase riverfront project, is open for business

A site that was little more than an overgrown riverfront lot just two short years ago is now home to the South Loop’s latest residential building. Known as The Cooper at Southbank, the new 29-story high-rise at 720 S. Wells Street is officially open for business and welcoming residents to its 452 rental units.

Developed by Lendlease and designed by architecture firm Perkins + Will, The Cooper is the first of several waterfront buildings planned along the south branch of the Chicago River, south of Harrison Street. In addition to previewing the area’s dramatic transformation, The Cooper is notable for its wide selection of units offered at a variety of price points.

The lineup includes studio, convertible, one-, and two-bedroom apartments starting at roughly $1,700 per month; two- and three-bedroom penthouse units priced from $4,600; and 26 rental townhouses starting around $4,800. The latter also includes 11 three-level residences with private ground-floor access priced from about $7,400 and up.

Whatever unit they choose, building tenants have access to an extensive selection of indoor and outdoor amenities including a sixth-floor outdoor terrace featuring a pool deck, bocce court, movie screening area, grilling stations, and fire pits.

Inside, there’s a fitness center, game room, sports simulator, musical “jam room,” arts and crafts room, and both private and group work areas. The Cooper’s top-floor amenity level is still under construction but will provide residents with a demonstration kitchen, private dining room, and rooftop event space when completed in early next year.

Originally known as Ancora, The Cooper broke ground in 2016 as the first phase of the 14-acre Riverline megaproject. That development eventually split into two smaller parcels with Lendlease renaming its seven-acre portion Southbank and developer CMK retaining the Riverline name for the southern half of the sprawling South Loop site.

In addition to The Cooper, the Southbank plan calls for four future buildings and two acres of public green space and a riverwalk designed by landscape architect Hoerr Schaudt. The multi-phase development is zoned for up to 2,700 residential units. There’s no word yet as to when Lendlease plans to break ground on future phases.

Meanwhile, construction continues to move forward on the nearby Alta Grand Central rental development at the southwest corner of Wells and Harrison streets. Despite its proximity to the Lendlease project, that 14-story building is separately developed by Chicago firm D2 and Atlanta-based Wood Partners.

Further south, Related Midwest is in the planning stages of an entirely new mixed-use neighborhood dubbed The 78. While the developer still needs zoning approval for its 62-acre riverfront project, it continues to search for a major commercial tenant to kickstart construction. The 78 will also include a University of Illinois innovation center and was included in Chicago’s official bid for Amazon’s coveted HQ2 second headquarters.

More information on The Cooper at Southbank can be found on the development’s website. Photos of the newly opened tower’s model units and amenities can be found below.