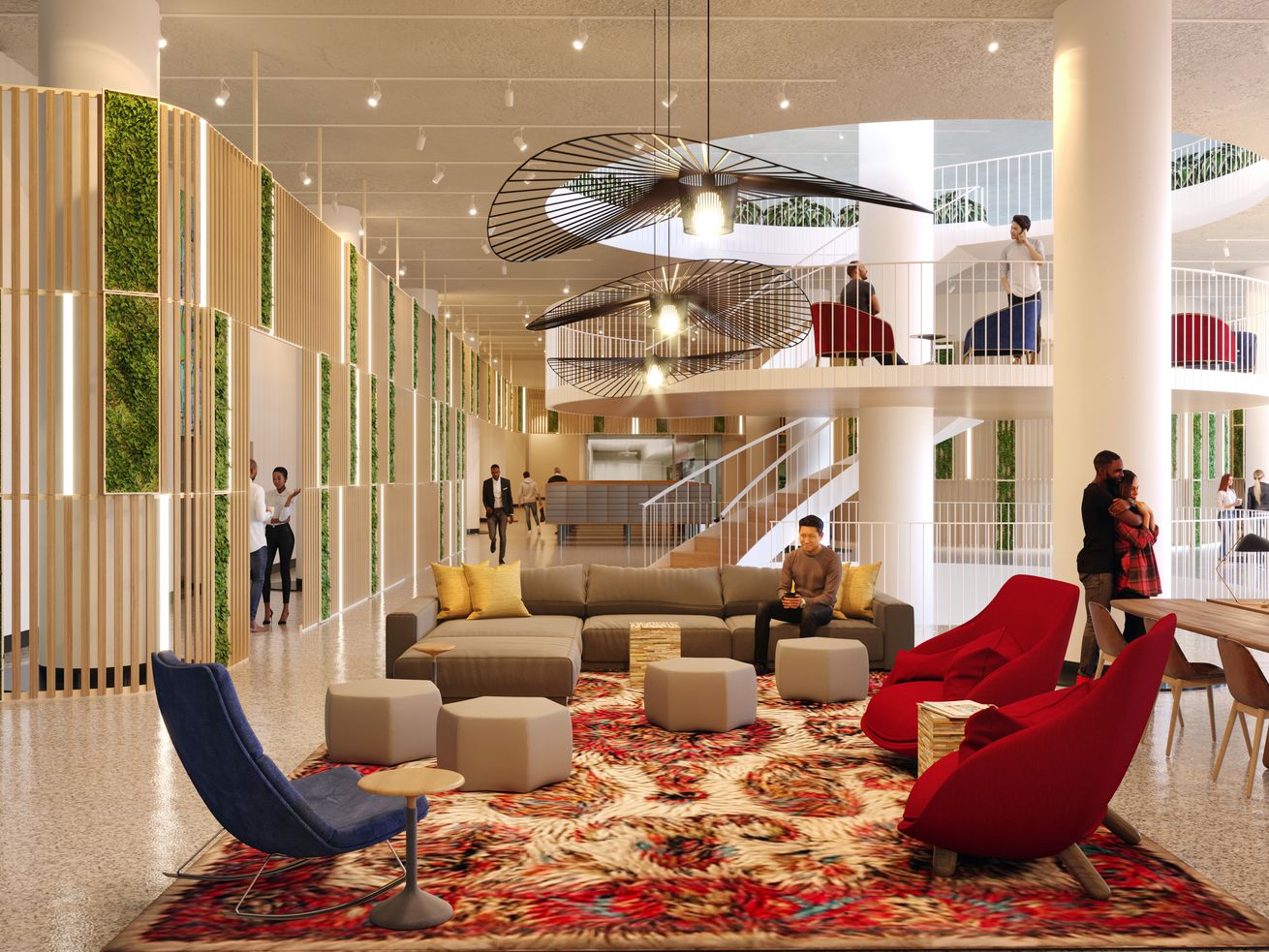 The 1986 Brutalist icon is getting a bright, 21st-century update

A month after closing a massive deal to deconvert River City’s 449 condos into rental apartments, a team of developers unveiled plans to renovate the iconic 1986 Bertrand Goldberg-designed structure with a new entrance, lobby, and communal spaces. Some preservationists, however, are not pleased with the changes.

A joint venture of the Wolcott Group, Marc Realty, and Ruttenberg Gordon Investments tapped Blue Star Properties to design the makeover, which includes new residential amenities such as a party room, coworking spaces, and an outdoor terrace with grilling stations, bocce ball, shuffleboard courts, and a dog run.

“Goldberg’s original vision for a live, work, and play environment is at the core of the renovations,” said Aaron Galvin of Luxury Living Chicago Realty, the firm leasing the property, in a statement.

Despite its stated mission to honor the late architect, some updates to the famous—although not landmarked—building sparked controversy.

Preservationists have voiced objections to the decision to paint the concrete walls of the structure’s meandering, ten-story-tall “river road” interior atrium white. Brutalism, after all, derives its very name from its materials: the French term béton brut for raw concrete.

“It really is a significant change to a space that Goldberg thought out very carefully,” Lee Bey, a photographer and former Chicago Sun-Times architecture critic, told Crain’s. The reasoning behind the paint job, Bey believes, is likely a product of the current trend to make “everything light and white.”

River City’s new owners and the architect behind the atrium renovation declined to comment regarding the design, the rationale behind the paint, and whether they consulted any architectural preservationists on the project.

The new-look River City complex begins leasing next month and is expected to welcome its first tenants in March. Pricing starts at $1,595 per month per studios, $1,895 for one-bedrooms, and $3,395 for three-bedroom duplex townhome units, according to the project’s website.

The repositioned building is poised to join an increasingly crowded and competitive South Loop rental market. Notable projects include the nearby Cooper at Southbank tower as well as the Essex on the Park and Nema Chicago skyscrapers, both opening this spring.