A first peek at Bennett Park, coming soon to Streeterville 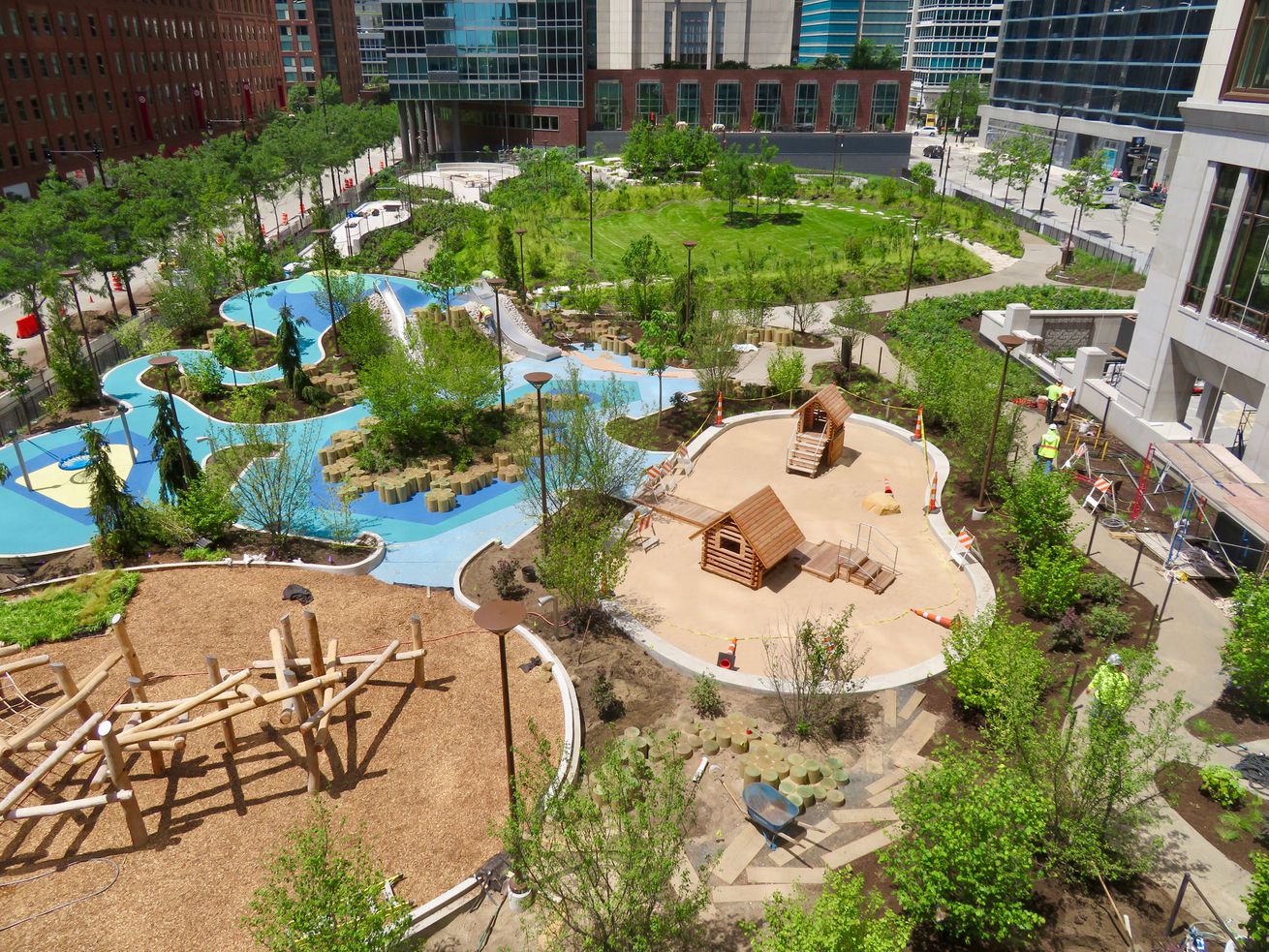 As Streeterville’s recently completed One Bennett Park skyscraper welcomes residents, the adjacent greenspace that gives the building its name is coming together ahead of an anticipated grand opening later this summer.

Designed by landscape architect Michael Van Valkenburgh Associates (MVVA)—the rockstar firm behind Chicago’s Maggie Daley Park, The 606 trail, and the planned Obama Presidential Center—Bennett Park promises to be a “respite within the city for all generations,” according to its developer Related Midwest.

As in many MVVA projects, the privately operated public space is organic and even whimsical in its design thanks to undulating hills and meandering pathways. “It has a much softer touch and is a great foil to [Robert A.M.] Stern’s building, which is a very serious piece of architecture by comparison,” Ann Thompson of Related tells Curbed.

Bennett Park is made up of several distinct “rooms” that will support a variety of uses and users. The layout includes two dog parks for large and small canines, a shaded grove with seating, and a children’s play bowl which features a sandbox, slides, play huts, a saucer swing, and a timber climbing forest. At the park’s center, there’s a spacious “lawn bowl” with bermed edges for an added sense of privacy.

MVVA’s new green space is a significant improvement over the previous park that occupied the block bordered by McClurg, Peshtigo, Grand, and Illinois. It was, however, subject to the same challenges associated with building atop an existing underground parking garage.

“There were some very specific site constraints,” explains Thompson. “There are structural ribs that the designers had to work around as they carefully considered where they could put heavy loads.” As was the case during construction of Maggie Daley Park, much of Bennett Park’s topography was created using Geofoam blocks which weigh much less than traditional soil.

Several aspects of the park cater to One Bennett Park residents as an extension of the tower’s already extensive amenities. For instance, building residents have a private entrance to the park, and the playground is specifically oriented to be visible from the indoor children’s playroom.

“We envisioned the tower as a multigenerational project,” adds Thompson. “Grandparents want their children and grandchildren to visit. We feel the park is a big part of that.”

That said, everyone is free to enjoy the roughly two-acre space, which will operate more or less in-line with regular Park District hours. The two dog parks will be open 24-hours, Related says. The company expects to officially cut the ribbon the park at the beginning of August.

The name of Bennett Park (and its high-rise neighbor) honors the legacy of visionary architect Edward H. Bennett, who co-authored the influential 1909 Plan of Chicago alongside famous urban planner Daniel Burnham.