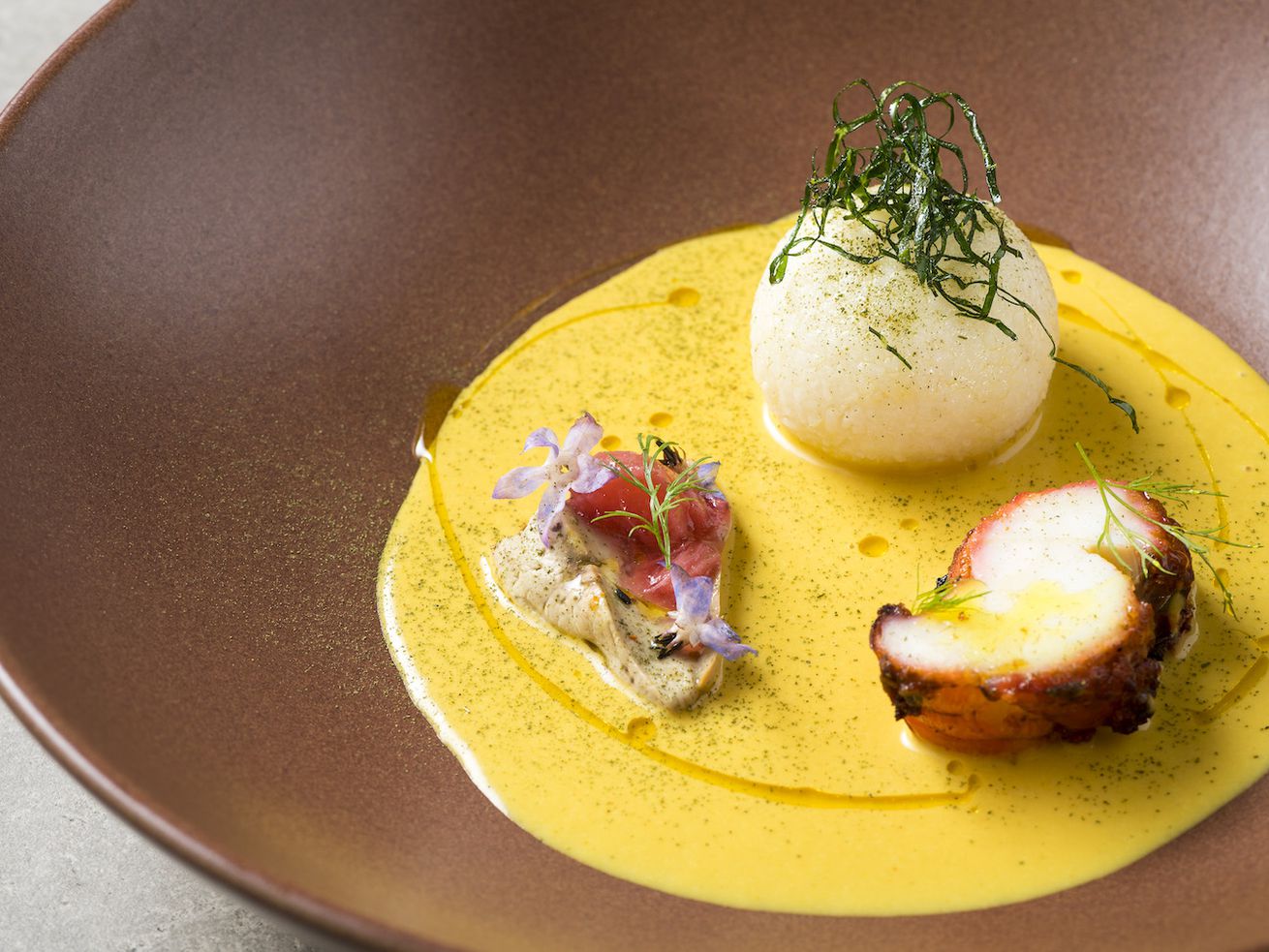 Rooh should arrive next year along Randolph Street

Indian fine dining restaurants haven’t found Chicago too welcoming, but the city will soon say hello to Rooh, an upscale Indian restaurant with locations in San Francisco and New York. Randolph Restaurant Row’s latest aims to offer Chicagoans a taste of what fine dining spots in India serve currently with contemporary dishes like tandoori octopus and cocktails like a gin and tonic with a turmeric-spiked ice cube. The restaurant takes over the two-floor space formerly belonging to Lunatic, The Lover & The Poet at 736 W. Randolph Street. They’re targeting a late spring opening.

Rooh fills a niche in the West Loop which has seen Jaipur and Tikkawala close in recent months. It’s also a representative of a larger trend in Chicago with upscale Indian restaurant openings on their way including Superkhana International, Grand Trunk Road, and Vajra.

Rooh will sit on a high-profile piece of real estate in a trendy area. That’s an exciting prospect for owners Vikram and Anu Bhambri. They opened Rooh SF in February 2017. Their New York location, Baar Baar, opened in November 2017. The New Delhi natives worked at Microsoft and come from a tech background. They own several restaurants in India under the Good Times Restaurants banner. Last year, the San Francisco Chronicle dolled out three stars to Rooh.

Vikram Bhambri sees Chicago as a logical place for expansion — a city where restaurants go big — and he wants a piece of the action. The ground floor of his new restaurant is where the bar resides and it will be more of a casual spot with small plates complemented by a full bar program featuring Indian flavors and a hefty wine list. The basement will be private dining, while the second floor will be a more formal setting. Bhambri won’t offer tasting menus initially like he does in San Fran, but that policy may change. Like many Indian restaurateurs in America, there’s a chip on Bhambri’s shoulder.

“Our goal is to change the perception of Indian food that it can be mainstream,” he said.

Rooh executive chef Sujan Sarkar and his staff were in New York in October cooking at the James Beard House. Dishes served included a ground duck kebob, a beef short-rib curry, and a melon rasam (a normally tamarind-based soup). The Bay Area restaurant’s most popular dish may be the tuna bhel puri chaat, a variation of a dish sold on the streets of Mumbai, and they’ll bring that to Chicago. Rooh’s version uses the traditional puffed black rice, spices, sauces that are typically mixed by street vendors. They then add chunks of raw tuna to give it a poke-like feel.

Another popular dish is the potato tikki. It’s a lighter version of another street dish that uses fried kale and yogurt mousse. The potato pastry is more like a doughnut. There’s also tandoori fried chicken.

Bhambri wants to allow his chef to be creative with a full set of ingredients; Rooh won’t focus on a region.

“We want to pick the best of India rather than being North Indian or South Indian,” Bhambri said.

Rooh will also offer a serious tea program with five to six blends that go beyond chai.

But Rooh, sitting along Randolph Street, is looking to be one of the splashiest openings of the year. Check back for more as it inches toward an opening date.

PrevPreviousNerd out about the World’s Fair at Newberry Library’s symposium
NextInside the new Chestnut Row Homes, renting for $15K per monthNext