A Critic Delves Into the Ambitious Sushi of Kyoten 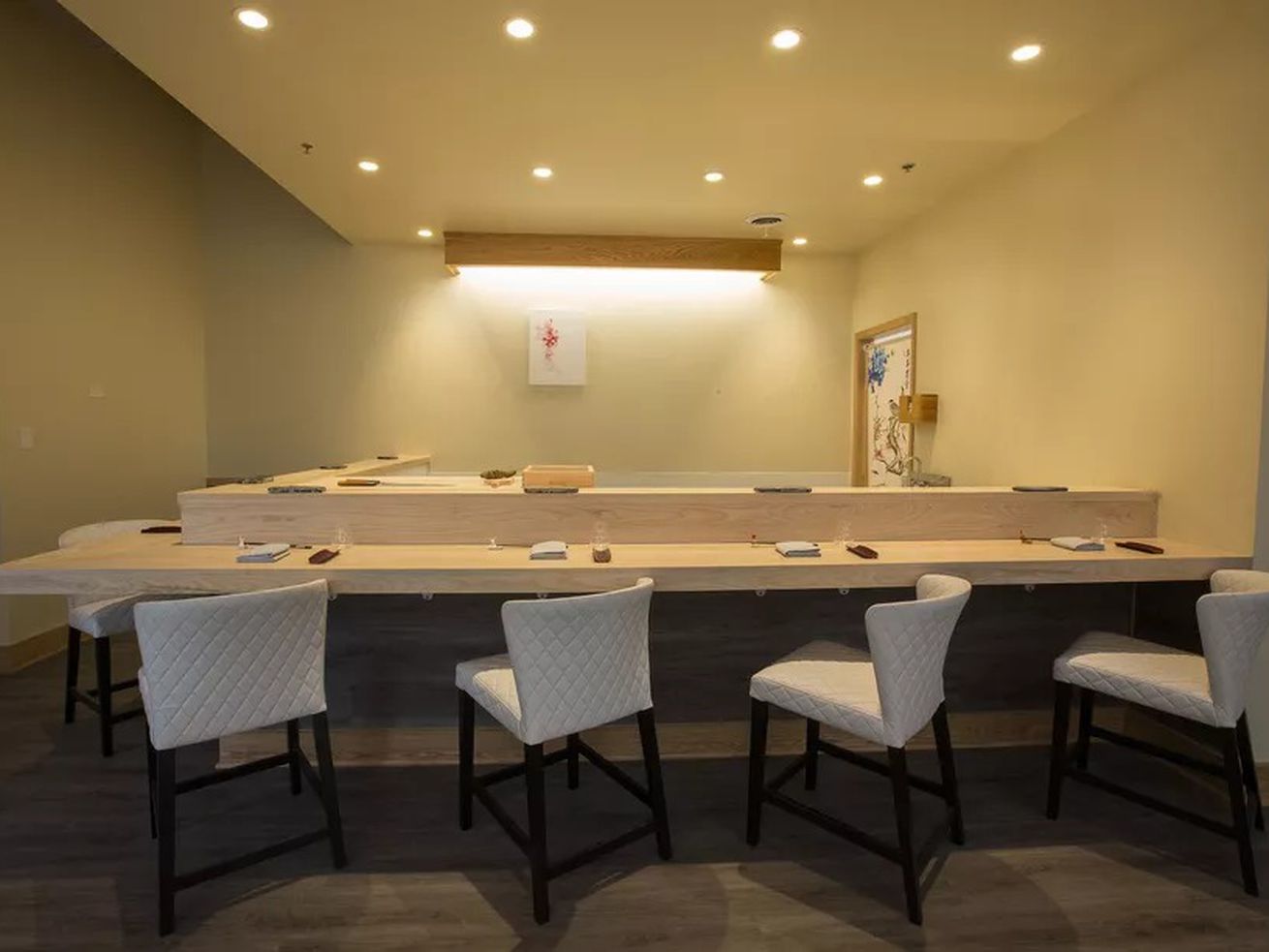 Plus Brass Heart suffers from too many missteps and more reviews

Kyoten is “making better sushi than almost anyone in Chicago” but there’s still room to improve. Citing Otto Phan’s boisterous statements on the city’s sushi scene, Michael Nagrant calls the chef the “Kanye of Kenmedai.” Phan backs up his talk with an impressive lineup of “epiphanies.” Kohada, or gizzard shad, has a “delightful vinegary funk that leaves [Nagrant] craving an Aquavit chaser.” Spanish mackerel is charred by a blowtorch and “has the satisfying chew and funk of an aged ribeye,” and tamago “tastes like crème brulee made sweet love to a Jacques Pepin hand-massaged quiche.”

Separating Kyoten from the competition is Phan’s use of larger rice grains, which are “reminiscent of Arborio risotto-style rice.” The slices are “slab-like,” and the sushi is “muscular, brutal, and an unapologetic destroyer.” Nagrant admits that while he prefers the “lithe scrims of sushi and tiny rice, many will love [Phan’s] modern robust approach.” His “attention to technique and detail, his devotion to his craft, and his willingness to buck traditions” create a memorable, albeit expensive, experience. [Michael Nagrant]

Brass Heart is the “most promising, and frustrating” restaurant that Jeff Ruby has been to this year. The new fine dining experience, in the former 42 Grams space, strives for Michelin greatness but “all too often, [the dishes] whiff.” There are two prix fixe menus — vegan and omnivore — and each is filled with dazzling creations. “Ham and Eggs” stars sausage and a poached quail egg on toast in a jamón Ibérico consommé. A5 Kobe beef gets the treatment it deserves: Delicately caramelized, topped with pickled chanterelles, and served in an “achingly lush” salsify purée. “No one in Chicago has ever served more ambitious vegan food,” either. A “light but soul-satisfying” bouillabaisse features Pernod, fennel, and saffron mingling with garlicky ajo blanco sauce.

The clunkers, though, are puzzling. There’s cappelletti “chewier than bubblegum, stuffed with oversalty braised pheasant, and served in a maitake broth so aggressively earthy it almost tasted like dirt.” Another head-scratcher is Grayson cheese, in the form of cheesecake, paired “for some nefarious reason” with yellow mustard foam. Overall, the meal feels like a “Ping-Pong game between James Beard and an art school freshman.” And “at this level, that qualifies as a crisis.” [Chicago]

Le Sud is a Provencal delight that offers southern French classics in Roscoe Village. Maggie Hennessy praises the charming newcomer for its “modern essentialist approach” to cooking. Deconstructed escargot is skewered and grilled alongside garlicky butter coins, dressed greens, and slabs of country toast, while meaty bites of charred octopus, mixed with butter mashed potatoes, soak in a “hedonistic pool of red wine and bone marrow sauce that imbue[s] each bite with savory umami.” Bistro staples like lavender-honey-glazed duck breast and “perfectly rare” steak frites are also well executed. And for dessert, nutty Basque cake arrives with a “cookie-light texture, lightened by a thin layer of citrusy custard.” [Time Out]

Twain brings women’s-club cookbook recipes into the 21st century with modern twists, writes Phil Vettel. “Ants on a log” gets reimagined as celery stalks filled with duck-liver and peanut-butter mousse and topped with bourbon-soaked cherries. Twice-baked potato gnocchi is also an “odd-but-tasty mashup.” Among the entrees, there’s an “umami-rich” surf and turf of unagi and meatloaf, as well as a “Pigs in a Blanquette” creation: Dry-aged pork chop in a “rich and creamy” blanquette sauce. To finish, gooey butter cake is served with caramel apples and sour-cream ice cream.

Rice Arepa Venezuelan Cafe is recreating national specialties with “culinary skill and cultural exuberance” according to Louisa Chu. The arepas are excellent, “scorched around the edges from the griddle’s heat, leaving its faces crackled and swelling its heart into an open vessel.” The hamburguesas “may challenge our notions of global burger supremacy” and are stacked high with beef, cheese, bacon, egg, potato sticks, sauces, and other toppings. Sunday specials are also worth exploring and include sancocho de cruzado, a soup teeming with beef shank, chicken legs, uica root, squash, corn, potato, and more. Add an arepa on the side and Chu calls each bite a “celebration of life.” [Tribune]