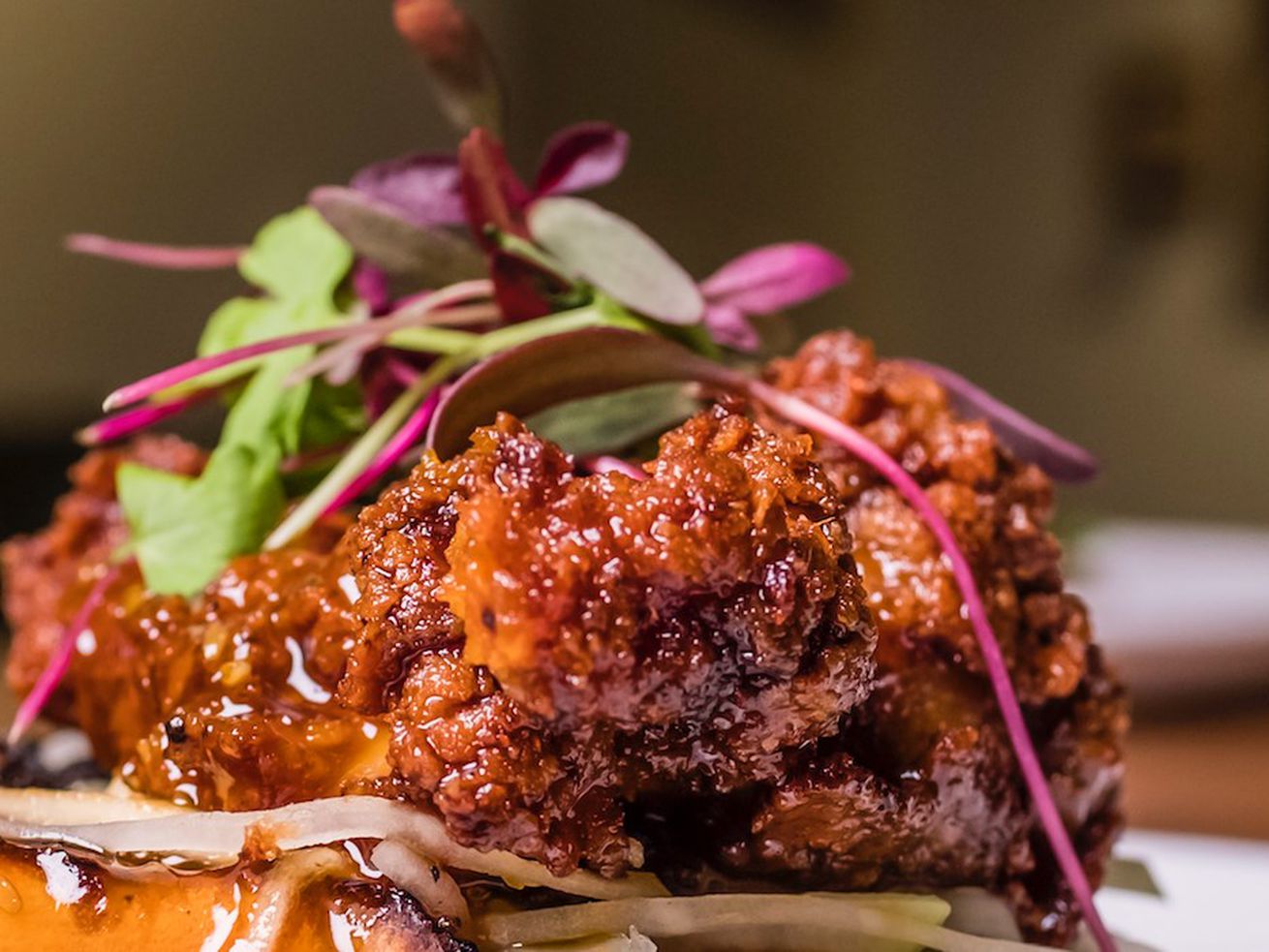 Wazwan Supper Club, a pop-up that serves some of the most creative South Asian cuisine in Chicago, is going casual in West Town. Ownership is debuting a two-week pop-up — that could become permanent — that specializes in South Asian-style fried chicken. It’s called the Wazwan THC Pop Up and opens today at 935 N. Damen Avenue.

“THC,” in this case, stands for tandoori honey-fried chicken. Chef/owner Zubair Mohajir served versions of the fried chicken at Wazwan, his roaming fine dining pop-up dinner series, and at events such as the annual I Heart Halal festival at Navy Pier. The festival took place in April and caught the attention of folks at the Virgin Hotel Chicago in the Loop. Mohajir said they went through 450 pounds of chicken during festival weekend, and there were long lines. After tasting the chicken at the fest, hotel officials contacted Mohajir. For the past two months, Mohajir’s chicken has popped up at the hotel, exposing more customers to the addictive and crispy chicken.

“Tandoori” can be a confusing term. It’s mostly referred to items cooked in a tandoor, the clay ovens used at many South Asian restaurants for charred naan and chicken. But it can also refer to seasoning. THC won’t use clay ovens. Mohajir uses cumin, coriander, anise, chili peppers in a wet marinade with ginger and garlic. He breads the Amish birds and fries them in safflower and coconut oil. The result is a zesty, crispy bird buoyed by an aroma of sautéed curry leaves. The space, a former art gallery, has 50 seats.

#Repost @zubairmohajir with @get_repost ・・・ For everyone who inquired about a location.. here’s a couple . Our Famous Fried Tandoori Honey Chicken Sando will be accompanied with some of your all time favorites blasted by South Asian spices and techniques ✊ Menu will be up Sunday! Come visit us on 935 N Damen everyday starting on Monday until the end of June! Then on to our very exciting popup at @kimskichicago on 7/15! #undergrounddining #wazwansupperclub #wazwanthcpopup #popup #chicagofriedchicken #friedchicken #chaseyourdream #hospitality #casualstyle #popupdining #chicagofood #chicagofoodmag #foodie #eeeeeats #foodporn #bbq #smokedbrisket #biharibrisket #tandooriwings #wings #smokedmeat

Mohajir worked in finance before entering the restaurant industry. His resume includes stops at the Pump Room and at Thomas Keller’s Bouchon Bistro. He also spent parts of last year at Gaggan, the world-class Indian restaurant in Bangkok. Mohajir hopes his chicken finds a permanent home at the space where he also hopes to hold his Wazwan fine dining pop-ups. The pop-up is BYO and he’s encouraging customers to bring in champagne to go with the fried chicken during Saturday brunch service.

The area has several fried chicken contenders. Crazy Bird Chicken opened earlier this month in West Town. Luella’s Gospel Bird and Split-Rail are nearby. Fry The Coop is on its way. Harold’s has an outlet on Milwaukee Avenue. But THC is different. For one, none of those restaurants serve gulab jumun, the spongey, sweet, and round South Asian dessert.

Wazwan THC is slated to go from today through June 30. If Mohajir’s lucky, it will extend past those dates.