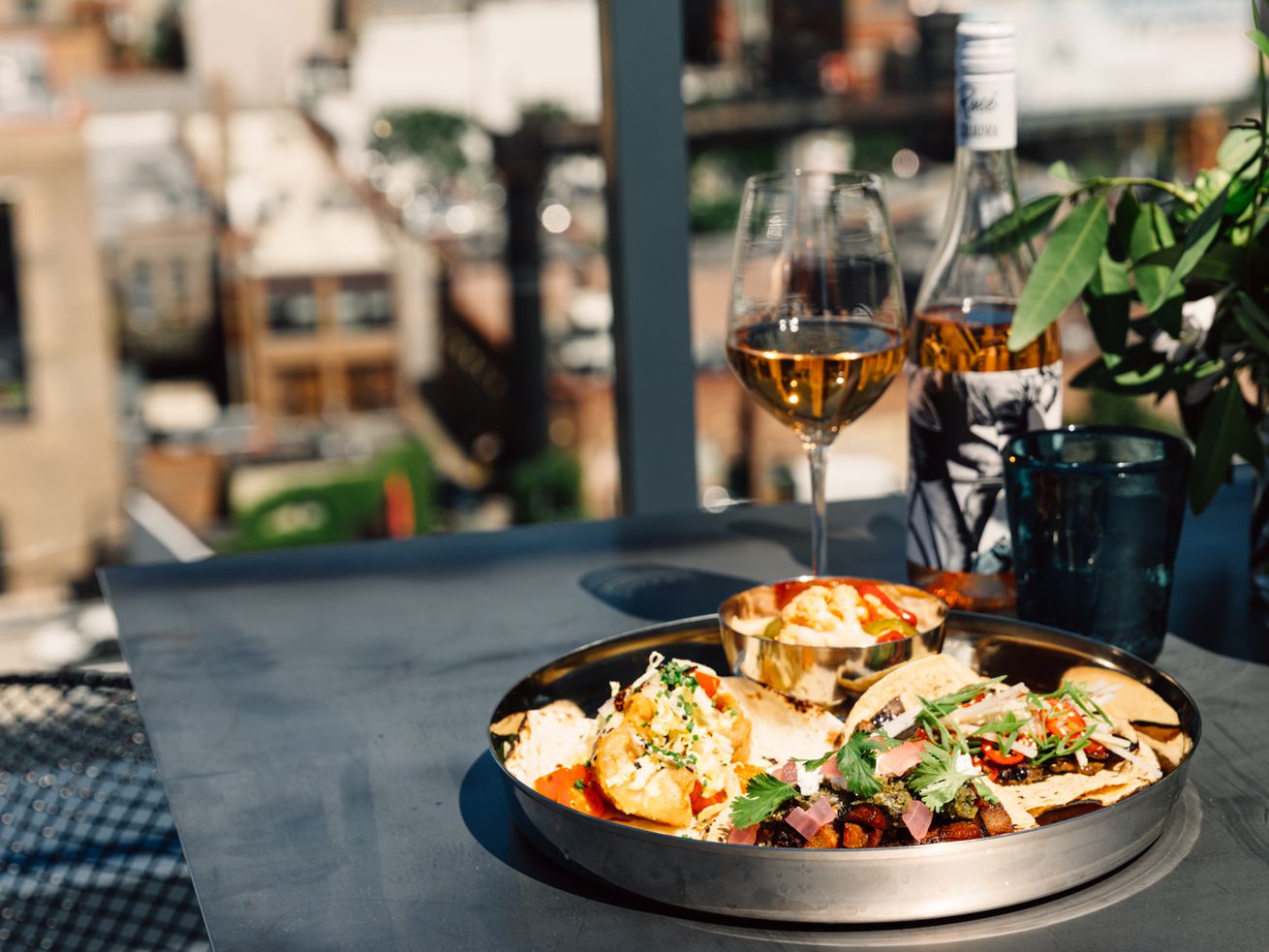 River North loves its rooftops and that’s not news for the team behind Pacific Standard Time, the California-cool restaurant that wowed critics as one of America’s best new restaurants of 2018. Now chef Erling Wu-Bower and company want to extend that success eight floors above the restaurant. The Laurel Room, slated to open in around a month, will bring PST’s easy-going ethos upstairs to a covered space with an eastern view of the city from 640 N. LaSalle Street.

“I think the most important thing of note is that we were really inspired by the view up there,” Wu-Bower said. “It’s super relaxing.”

Wu-Bower said the view reminded him of LA’s Laurel Canyon. And with the former rock ‘n’ roll McDonald’s flagship, BP gas station, and Portillo’s entrenched on the parcels across the street, no one’s going to build a tower to block that view.

Pacific Standard Time, Eater Chicago’s reigning Restaurant of the Year, was the first restaurant for Wu-Bower and Joshua Tilden’s company, Underscore Hospitality. Underscore’s three other partners come from One Off Hospitality Group: Paul Kahan, Donnie Madia, and Terry Alexander. Wu-Bower made a name from himself while working at a former One Off restaurant. Nico Osteria is the Italian seafood restaurant inside the Thompson Hotel in Gold Coast. Tilden is a former director of strategic operations for One Off, the company that runs restaurants like Publican in Fulton Market, and Big Star and Cafe Cancale in Wicker Park.

Many rooftop bars feature large-format drinks, but drinkers won’t find fish bowls and the like at the Laurel Room. The staff at Pacific Standard are proud of how they source produce, and that’s going to play a key role in the fruit-based drinks upstairs. Tilden and Wu-Bower raved about the mango y chamoy margarita. There’s also a yerba mate mai tai slushy.

The food on rooftops often feature small bites just meant to nosh. But Wu-Bower maintained that customers could eat a full meal at the Laurel Room if they want. About one-third of the space looks like a cafe with the remaining looking more like a lounge. The 75-seat space is covered and the sides are wide open. There’s also 20 gas heaters. Tilden said the heaters will keep the space comfortable through October. Rooftop bars come in many sizes and shapes in Chicago. Wu-Bower and Tilden want to listen to their customers and adapt, but they don’t want to create another space that’s crushed with scenesters.

“I can assure you we taking a very different philosophy compared to the rooftops you’ve experiences,” Tilden said.

Look for a late-July opening on the eighth floor at 640 N. LaSalle Street.