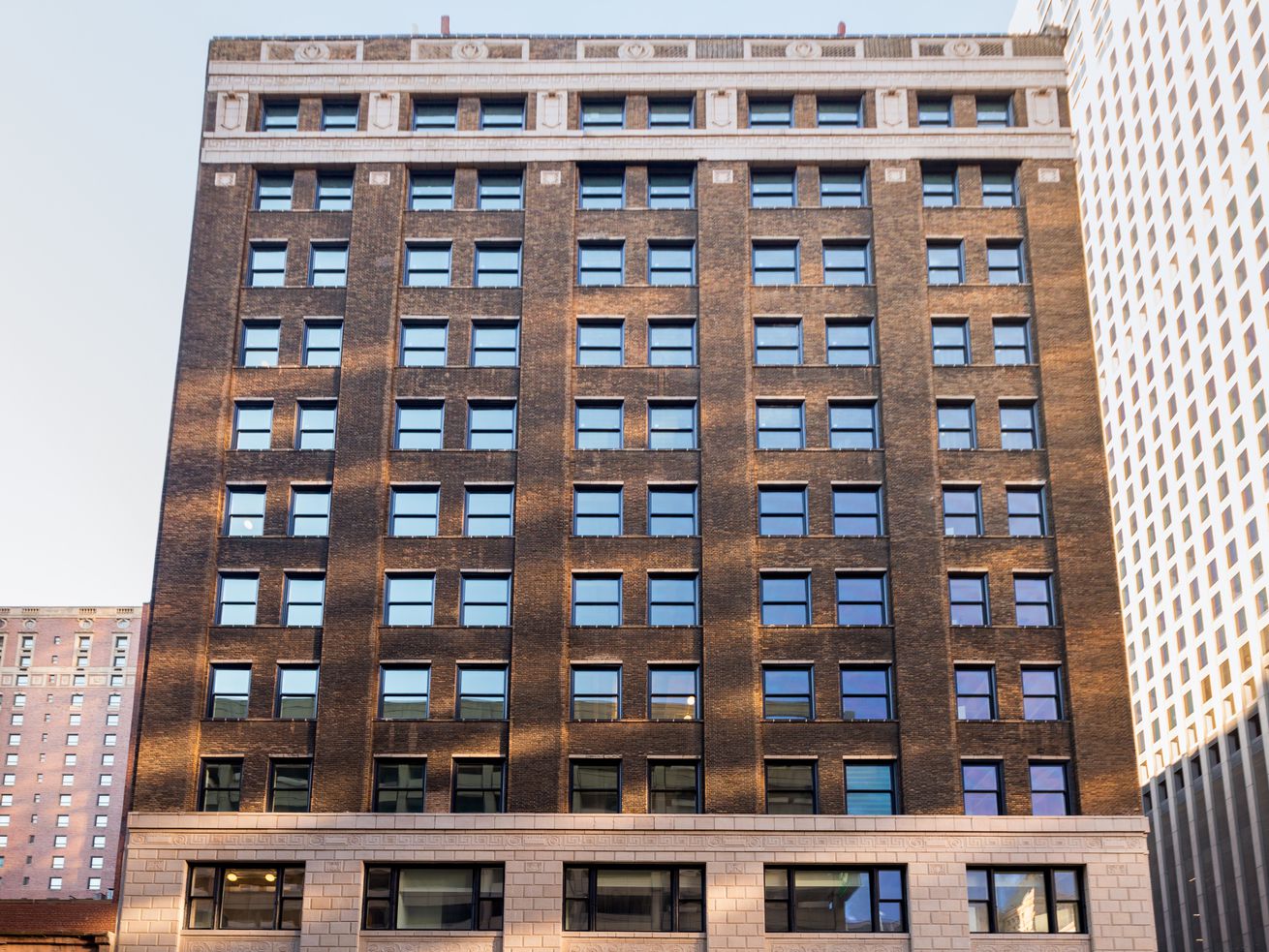 The repositioned building is now known as “The Alfred” as a nod to Alfred Alschuler, the building’s original architect. Alschuler was also behind the design of Chicago’s London Guarantee & Accident Building which reopened as the LondonHouse hotel in 2016.

Cedar Street cleaned and restored the nearly 100-year-old building’s brick and terracotta exterior and repaired and replaced its windows. Many interior details, including the historic elevator doors and light fixtures, were salvaged or reused.

“We were able to retain so many elements of the original building, such as original bay windows and herringbone flooring,” said Cedar Street interior designer Heather Fritz, in a statement. “You don’t see craftsmanship like this anymore.”

A new communal lounge on The Alfred’s 13th floor also looked to the past for its design inspiration. The space features soft shades of blue and gray and pieces sourced from local antique stores. Folding glass doors connect to a new rooftop terrace. The ground-floor lobby is home to a Heritage Outpost coffee shop.

Apartments in The Alfred boast open floorplans, vaulted ceilings, washer/dryer units, and poured concrete or herringbone hardwood floors. Select units also have walk-in closets and dishwashers. Rents start at $1,700 per month and max out around $3,100. The building is also offering one month free rent on a 13-month lease.

The renovation of the former Hartman Building is the latest example of older Loop office properties finding new life as residential rentals. Recent and ongoing conversions include the 1927 Insurance Center Building at 330 S. Wells, the historic Century & Consumers Buildings on State Street, and 29 S. LaSalle Street.