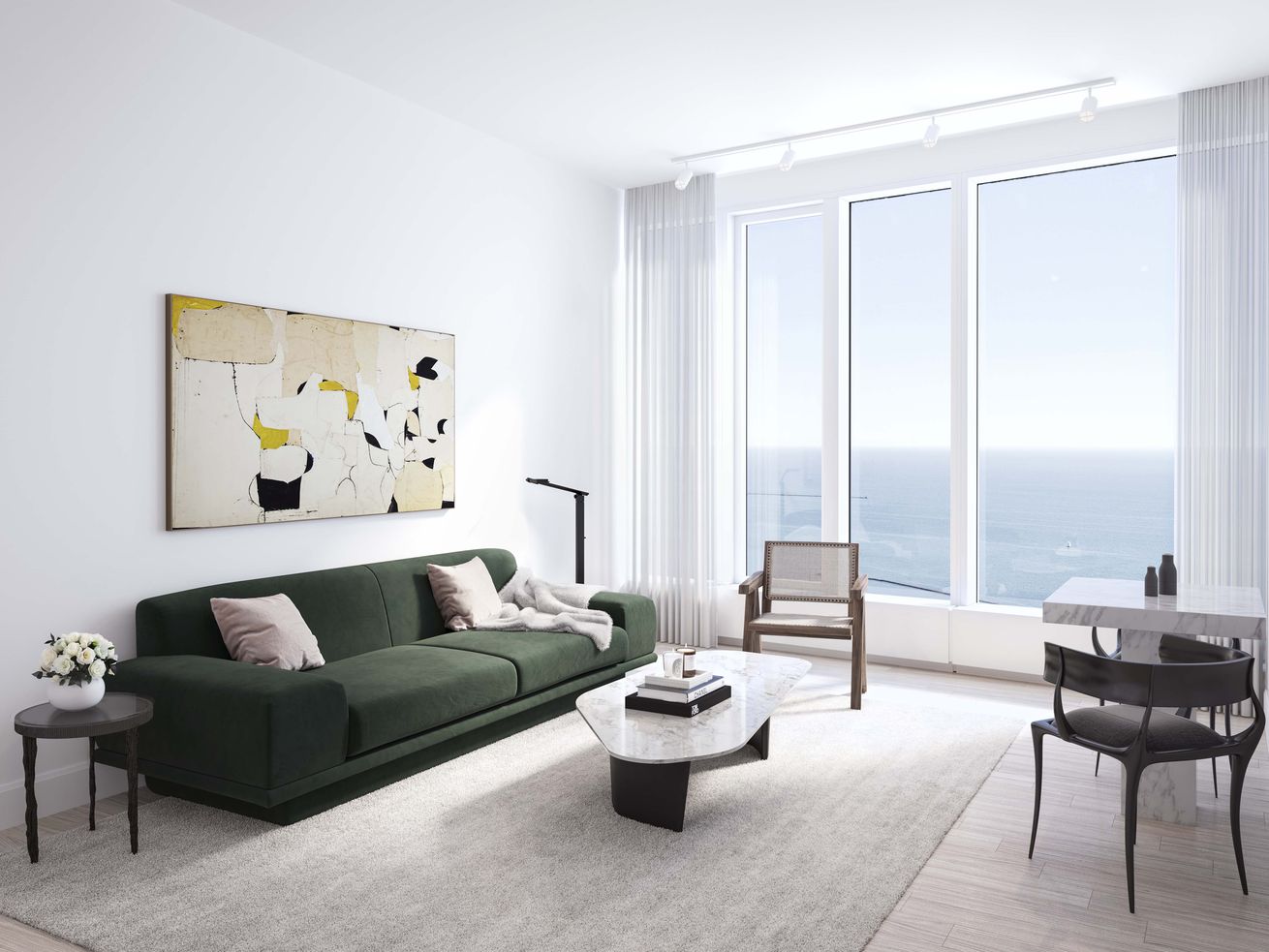 While the upcoming 74-story skyscraper known as 1000M is looking to make a big impact on the South Loop skyline, its developers are betting that smaller units will be the key to getting the Helmut Jahn-designed tower off the ground.

Slated for floors 41 through 47, the project’s new “International Collection” will offer compact studio, one-, two- and three-bedroom floorplans ranging from 325 to 850 square feet in size. Pricing starts at $313,000 for a studio and tops out at under $1 million for three-bedroom units—a far cry from the tower’s neighborhood record-shattering $8.1 million penthouse.

“These are essentially luxury micro units,” developer Jerry Karlik of JK Equities told Curbed Chicago, “and a first in the Chicago market. We’ve seen this trend around the country on the apartment side and it’s been a trend for condos in places like NY for many years. People are demanding this type of smaller unit not only for a second home or pied-à-terre, but a primary residence as well.”

Despite their smaller size and relatively modest pricing, the highly efficient condos will still feature the same interior finishes designed by Kara Mann as their larger counterparts. Residents will also have access to the tower’s 40,000 square feet of amenities including such perks as a pool deck, fitness center, music conservatory, and a Himalayan salt therapy room.

Karlik, whose firm is co-developing the project with Time Equities and Oak Capitals, says his team has already sold 20 of the smaller units in January, prior to the collection’s official marketing launch. Continued sales will play a vital role in getting the 832-foot skyscraper off the ground.

“1000M was the fastest selling project in Chicago in 2018 by far, and the International Collection is already building on that,” added Karlik. “Right now we’re out there looking for financing. We hope to land financing in the next few months and to begin construction shortly thereafter.”

Provided the team keeps to schedule, Karlik expects 1000M to deliver its first units to residents in mid 2021 or roughly 24 to 28 months after breaking ground at 1000 S. Michigan Avenue.

The addition of the International Collection bumps the project’s overall unit count to 421—up from a previous figure of 323. The smaller units will make their official public debut on February 9 at a launch event at 1000M’s sales gallery located at nearby 1006 S. Michigan Avenue.